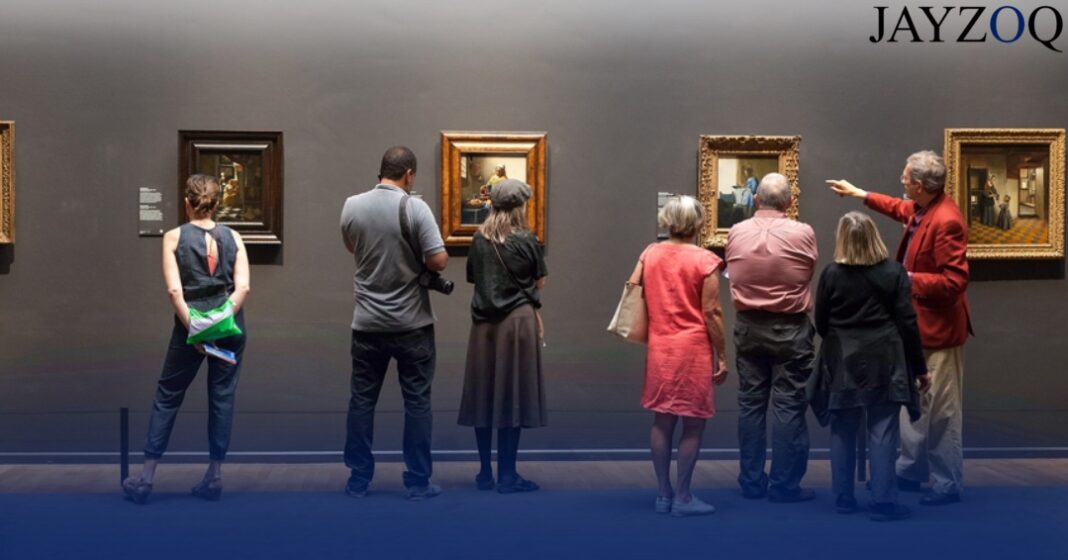 What began as a form of self-expression over 64,000 years ago, turned into the preservation of history. Egyptian Pharaohs had their conquests painted on top of their tombs while the Church commissioned elaborate scenes for their cathedrals. However, it was not until  the 15th century that art became the symbol of an individual’s erudition, taste, and financial as well as social status. Thus, painters and sculptors began to earn more, making it a sustainable occupation. This was to be the beginning of a transformation that saw art metamorphose from a weekend hobby into a market worth approximately 67 billion dollars.

Whether you were visiting the Metropolitan Museum of Art, browsing the Guggenheim’s online gallery, or simply watching highlights of an auction at Christie’s or Sotheby’s, a thought must have crossed your mind: “Who actually owns these masterpieces?” History has shown that some of the greatest art collections, from the Medici’s collection of renaissance artists to the contemporary art collection of David Geffen, belong to people with a true love for art. Sure, there might be some financiers, a few celebrities, and a couple of royals, but the reality is that most art collectors are just ordinary people trying to buy some extraordinary art. Generally, most collectors fall into one of the six types of collectors categorized according to their motivations.

With 81% of professionals saying that they bought with an investing point of view, art has become one of the hottest investments in the market. Whether it is the governmental tax cuts given to collectors trying to promote local artists, or people looking for more stable investments (as art is less prone to fluctuations than real estate or the stock market), the industry has boomed quite a bit. The most important factor, however, is the appreciation all art gets – often by 10.6% every year. While risks, such as high annual maintenance or the lack of transparency may exist, if done accurately and smartly, it is considered to be one of the safest and beneficial investments possible. For instance, the single and most expensive collection of art  belonging to Ezra and David Nahmad valued at $3 Billion .

Becoming a collector is difficult in today’s world.Purchasing with a ‘collector’s eye and an investor’s mind’ holds greater significance than purchasing with one’s own heartful desire.Even then, between the forgeries and the hundreds of differing opinions, an art appraiser is recommended. An Art Appraiser, studies each piece of the work authenticated individually, analyzes past market trends and then places a value on the piece of work.

Even though sensational headlines Leonardo’s ‘Salvator Mundi’ finding a bid for $450.3 million are very pursuasive, such sales should be considered as an exception .The reality is that most of these sales are driven by a small group of wealthy collectors who are willing to pay astronomical prices for works created by an even smaller group of artists. Even in this small clique, very few of these artists are alive, and only a few are making the millions that news reports suggest. In actuality, after paying the auction premium, or the dealers’ commissions, the artist is left with a fraction of the bid price. Furthermore, they only receive money from primary sales – as they do not benefit from subsequent sales.

As a result, out of nearly two million art graduates every year, only 10% make their living as an artist. This not only reduces the influx of new art into the market but also opens it up to  lack of diversity. For example, 77.6% of the artists are white males and only 2% of auction sales are by female artists. This raises the question that in a world believed to be so accepting and progressive and a field which is expected to show that positive change, why is gender inequality still so prevalent?

While creativity and artistic ability are the stepstones to creating artwork, creating a successful career out of that art is much more complicated. The bachelor’s of art is where your journey begins. As the development of artistic abilities begins, essential information relating to varying subjects- such as science and marketing- is also provided. The initiation of compelling portfolio is the next step, followed by hopes of a  gallery feature and sale of  art.

According to a 2018 report, more galleries are being shut down than opened causing difficulties for new trying to enter the market. Even those that manage to enter struggle to pay their $100,000 student debt and thus, switch to higher-paying jobs in the commercial sector. However, the reality is that no matter how many art fairs, galleries, or commissions one gets, it isn’t enough to be termed as sustainable living.

Instead, it comes down to something very simple: marketing. From building a website to selling prints, or creating a social media presence, it has become entirely about what your brand is and what you represent. Doing this not only exposes yourself to a global audience,who can buy prints and merchandise,but paves way towards a secondary source of income- through YouTube ad revenues.

While this helps in paying the bills, it is still a far cry from selling works worth millions of dollars. In the end, it all comes down to whether you are remembered. Sure, Jeff Koons has been criticized for his lack of originality, but it is his rabbit sculpture that sold for $91.1 million, making it the most expensive work of a living artist. From the stories of Van Gogh’s life to the mystery of Banksy, a conclusion can be drawn: sensationalism sells.The mystery and intrigue surrounding artists like Banksy is what propelled them to success.

Obtaining an Arts degree and gaining professional experience is the first step in your life as an artist.How well you can paint a 7ft canvas or your understanding of color theory is not relevant.What’s pivotal is how you portray yourself to the world. Creating an image of someone/something so memorable, that people cannot stop thinking about you,will create a path that allows you to become one of the most successful artists of modern history.

Like a Phoenix from the Ashes: The Revival of the Chinese Economy

Starbucks: Their Monopoly in the Coffee World