Jayzoq
Home The Social Compass Black Holes: From Mathematical Calculations to the Eyes of Telescopes 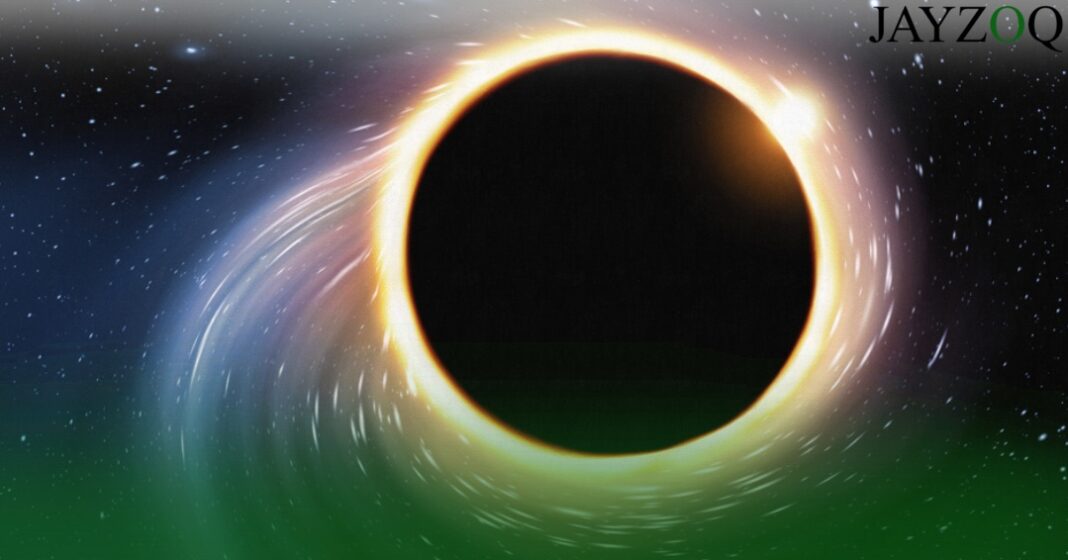 “We are hemmed in by nothingness,

black holes to the left of us,

dark matter to the right of us,

a cosmic valley of death,

a galaxy of tombstones.

we find our own names there.

We are hemmed in by nothingness,

dark matter to the left of us,

black holes to the right of us,

a quiet cemetery of stars

This incredibly intense poem, written in the honour of the celestial objects in our mysterious universe, leaves me in a state of awe and fascination. It makes me realize how the world beyond our earth fascinates us mundane beings; it ignites our lust to seek more knowledge, to explore beyond the gateways of our imagination. Science is an enthusiastic endeavour to discuss and describe the complexity of nature through an unbiased perspective. Theoretical Physics has made an incredible contribution to understand the mysteries of our universe by presenting theories based upon mathematical calculations.

Many scientists throughout history have strived to decode the complexity of existence, and one of these was Albert Einstein. He dedicated the entirety of his life to science, and created groundbreaking scientific theories. His work shook the entire footing of modern science, making the world’s greatest physicists rethink their work and incorporate Einstein’s discoveries. Einstein had spent most of his time from 1907 to 1915 in developing his famous General Theory of Relativity, with as much proof as he could gather. This theory was largely appreciated and accepted; however, many of his contemporary physicists rejected it. Despite the mass criticism presented by them, Einstein’s theory succeeded in becoming one of the greatest works in modern science, one to lead to many more earth shattering researches.

Sir Roger Penrose, a mathematician and physicist from Cambridge, is one of the most important intellectuals of our time. Throughout his life, he has strived to contribute massively to quantum mechanics, cosmology and general relativity, as well as the geometry of aperiodic tiling. His discoveries and work meant that he was rewarded with knighthood in 1994.

In 1965, along with Stephen Hawking, another incredible physicist, he succeeded in proving the existence of black holes, with the incorporation of general relativity in his mathematical proof. His work explained that a black hole can be formed after a star has collapsed onto its core, resulting in a singularity, where the mass is infinite and the volume is zero. This entity would result in an incredible bending of space-time, leading to an immensely powerful gravitational force. Penrose succeeded in his explanation; however, it was not accepted entirely in the scientific community, as there was still no observational proof of the existence of black holes. The research was considered insufficient.

Fast forward to the 1990s, two scientists, Andrea Ghez and Reinhard Genzel, with their team of astronomers, started observing the Milky Way galaxy’s centre with the Keck Telescopes in Hawaii. They noticed a peculiar path stars followed when moving close to the centre of the galaxy. After many years of work on this, in 2019, images of the centre were finally captured. They very clearly showed that there was an entity – a supermassive black hole – at the centre of our galaxy.

This led to a great deal of fascinated remarks and appreciation from physicists all over the globe, and the Nobel Prize in Physics (2020) was awarded to Roger Penrose “for the discovery that black hole formation is a robust prediction of the general theory of relativity”, and to Andrea Ghez and Reinhard Genzel “for the discovery of a supermassive compact object at the centre of our galaxy.”