Jayzoq
- Advertisement -
Home The Social Compass Bullying: Here’s what you can do to prevent it 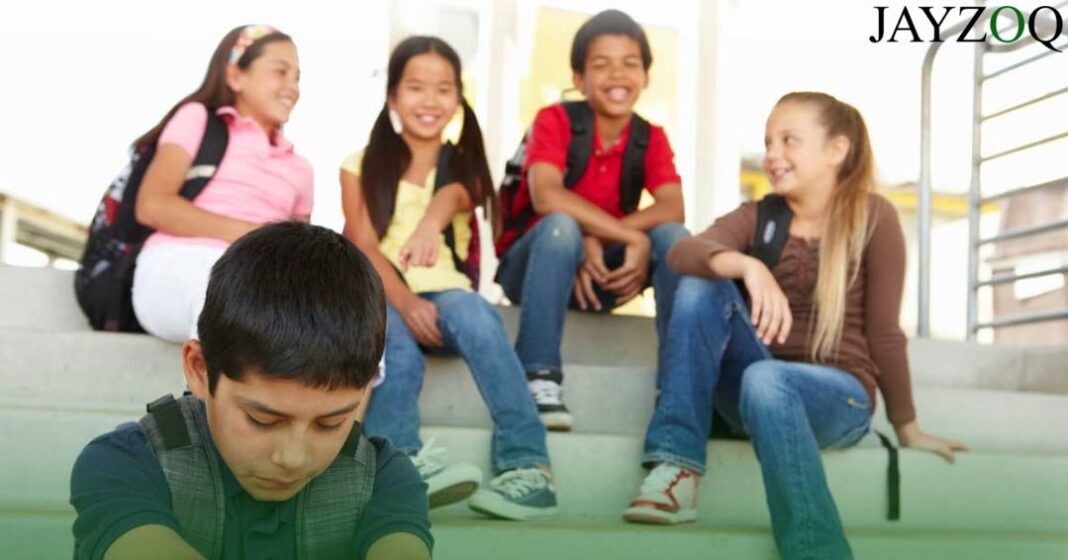 According to Merriam-Webster, the literal meaning of bullying is ‘abuse and mistreatment of someone vulnerable by someone stronger or more powerful.’ According to statistics, approximately 160,000 teens have skipped school because of bullying. There could be various reasons as to why students may skip school, firstly stating the obvious which is that the bullying might be so extreme that they do not have the mental capacity to sustain it every day. In all honesty, who would have the mental capacity to bear physical and mental torture and then pretend that everything is fine as they continue to smile in order to hide their helpless tears which are waiting to escape from their eyes. Labelling an incident as bullying can be important because it influences whether students tell an adult, as well as how adults respond to the students’ report.

The most commonly reported type of bullying is verbal harassment (79%), followed by social harassment (50%), physical bullying (29%), and cyberbullying (25%). These statistics may vary over time because bullying victims are less likely to report bullying as they get older, only a miniscule percentage of victims reported what they were going through because many victims believe that their perpetrator had the ability to influence what other people thought of them.

As mentioned before, verbal harassment is a type of bullying, it can take place anywhere and anytime. People sometimes forget what effect and power words have. Some may say hurtful things and forget about it after but what they do not know or are ignorant of is that those sentences or even a few words that they affect victims in such a way that it may lead to overthinking which then leads to various mental disorders and in some worse cases; (Trigger Warning) suicide.

Some may say those words as a ‘joke’ and the victim may laugh it off at the moment but they may overthink about it all day or it can even be embedded into their minds. If one jokes about their friend’s features or something which they don’t have any control over, then it is no longer a joke but can be considered bullying. Research has shown that verbal bullying and name-calling has serious consequences and can leave deep emotional scars.

In order to create more awareness to prevent this type of bullying, some signs which show that someone around you or in your friend group is a perpetrator, are; teasing, name-calling, inappropriate sexual comments, taunting and lastly threatening to cause harm which may be considered as a red flag. This type of bullying affects psychologically and physically which includes that the victim will start to have low self-esteem or low self-image, depression, (trigger warning) self-harm and in some extreme cases; suicides. There are various ways in which you can prevent verbal bullying,

Another type of bullying which may be found in school grounds or sometimes outside of school is known as Relational Aggression. It may sound like a foreign term to some of you but believe us when we say that each and every one of us has gone through it or at least I hope that some of you have not experienced this. Relational aggression or alternative aggression is a type of aggression/bullying in which harm is caused by damaging someone’s relationships or social status. It includes modern day bullying which comprises excluding people from their friend group, spreading baseless rumors and through that shattering confidence, talking badly about others, backstabbing one another, making fun of who they are, the way they dress or how they look, ostracizing others, leaving hurtful comments or messages on their social media which can be considered as cyber-bullying, using peer pressure to get others to participate in bullying, establishing rules for anyone who wants to be part of the social group, forming cliques, spreading rumors or engaging in gossip which may affect others. Basically, the whole Mean Girls experience can be found in this type of bullying but only more serious and concerning. This whole situation creates alienation amongst the people who are experiencing this relational aggression bullying. In some cases, victims of emotional bullying show more signs of distress than those bullied physically. For instance, victims of relational aggression often display the following signs, that they would feel rejected, socially inept, inadequate, unattractive and unlikable, they may start to suffer from depression, contemplate suicide, experience eating disorders, suffer academically, struggle to make healthy relationships.

To sum up the aforementioned, prevent or at least try to prevent bullying, be encouraging, be patient, be empathetic to people who try to open up to you or want to tell you about their past experiences.

As a personal message from me, here is a quote from a Norwegian T.V show ‘Skam’.

The Congolese Cobalt Mines: Your device may have taken someone’s life