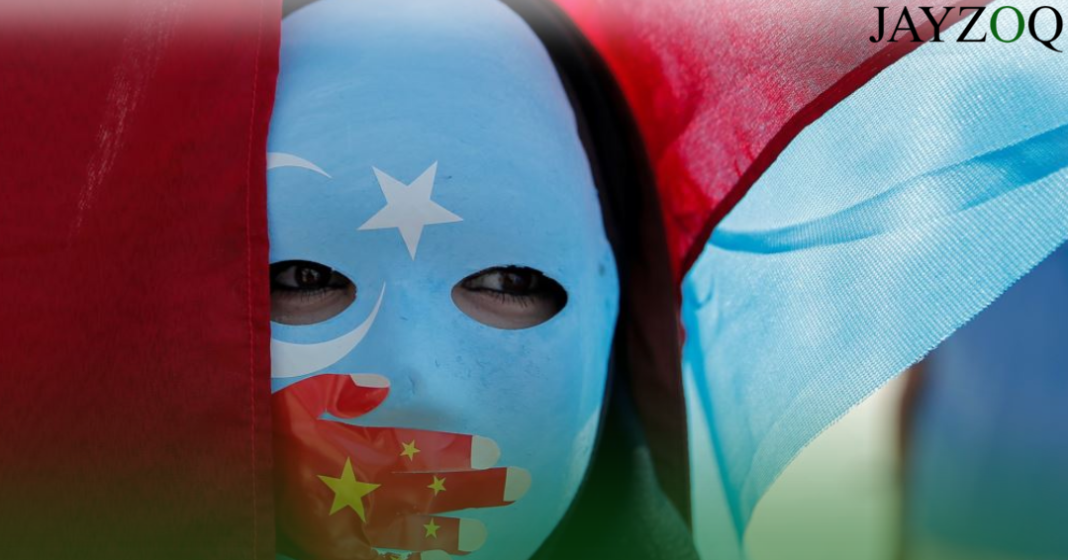 In April 2017, China detained almost eight hundred thousand to two million Turkic Uyghur Muslims in the concentration camps situated in an autonomous territory in northwest China, called Xinjiang. As per Chinese officials, the detention camps were built for the purpose of re-education of languages, traditions and the elimination of violence and terrorism from people’s minds. Hundreds of camps are located in Xinjiang, officially called Vocational Education and Training Centers by the government.

Why is China detaining Uyghurs?

In 2009, Uyghurs in Xinjiang protested against the economic and social discrimination, which they were subjected to. This consisted of the lack of job opportunities, growing migration of Han Chinese, restrictions on the freedom of lifestyle and the prohibition of practicing their religion freely. These restrictions led to violent riots, which resulted in the death of 197 people and several were injured. Since then, Uyghurs are portrayed as extremists; they are being held accountable for any attacks in the country. The Chinese government is threatened by the Uyghurs and their extremism. These assumptions resulted in the government deciding that the Uyghurs need to be trained about certain traditions and languages so these atrocities could halt. Experts stated that the efforts for these concentration camps started in 2014 yet they escalated in early 2017.

What is happening in these camps?

According to Chinese officials, these “re-education camps” serve the purpose of brutality elimination. However, some important government documents were disclosed in 2019, which exhibited the reality of these camps. The victims who managed to escape these clutches, stated that they had been going through a repertoire of agony. The Uyghur Muslims detained, are never convicted of any crime, neither are they  involved in any extremist activity. Their only crime is being Muslim, due to which they are forbidden from practicing their religion. Mosques are being demolished since they are deemed “unsafe”, men are not allowed to grow beards and women are not allowed to wear hijabs or burkas. To limit the Muslim population, women are forced to intake birth control pills.. 500,000 children are separated from their families.  “Show no mercy to the Muslim Uyghurs,” said the Chinese leader to his officials. These people are being manipulated into forgetting their identities so they can acculturate to Han Chinese traditions. They are forced to abandon their religion through various methods of discomfort and are not granted the right of freedom unless these phrases slip off their tongues: “I am not Muslim; I am just a Chinese.” “I love the Chinese Communist Party”. They are tortured thoroughly and have every step monitored.

800,000 of these prisoners have been forcibly transferred to factories where they become victims of forced labor, from which almost 83 international brands are profiting. U.S. companies that have been using materials originating in these prison labor camps include Disney, Adidas, Ralph Lauren, Tommy Hilfiger and Nike.

What has the global response been?

With the disclosure of this information, many countries have condemned the Chinese government. However, the Chinese officials disregarded this exposure by claiming it to be nothing more than fiction; far from reality. Their insistence on the camps being for re-education and training purposes, was immense. The European Union reprimanded this act by demanding an explanation. However, this was proclaimed to be an intrusion into China’s internal affairs. Inspecting the matter closely, the United Nations asked for accessibility to these camps. China obliged by allowing a commission of the UN to visit only if they did not interfere. When a delegation from the United Nations was sent to Xinjiang in 2019, the camps were deemed to have false narratives. The security camera bombardation and fences encircling the building seemed to be an exaggeration for the safety of a “training camp”. As a matter of fact, the visit of a UN official has refuted the allegations made against China.

On July 1st, 2020 in Geneva, at the 44th session of the UN “Human Rights Council”, about 46 governments approved of the Chinese policy against Uyghur Muslims. Among this list are a plethora of Muslim countries including Pakistan, Saudi Arabia, Iran, Iraq, Oman and UAE,  who have preferred the betterment of their economic and foreign relations with China rather than the amelioration of human abuse. China through its Belt and Road Initiative, has been successful in ingratiating the Middle Eastern and Southeast Asian Muslim countries. Over past many years, China has made massive investments in Muslim countries and has been auspicious in outmaneuvering them. Be it Saudia Arabia, United Arab Emirates or Pakistan, most Muslim countries have turned a blind eye to China’s radical ministration towards Turkic Uyghurs. Turkey happened to be the only country that castigated  China openly about the matter in early 2019, however, China was even successful in “buying” the silence of Turkey by offering $1 billion to stabilize Turkey’s ailing economy, which Turkey couldn’t say no to.

What needs to be pondered over is Why always Muslims? Be it Syria, Yemen, Afghanistan or any other part of the world. Why are Muslims going through this agony and a lifetime of suffering? Why is Islamophobia the new normal? These questions have been left unanswered in the past decades. The unity between Muslim states is necessary. However, until that occurs, the fate of the Uyghur Muslims and numerous other victims rests in the palms of these superpowers.

Nepotism: A Menace to Society