Jayzoq
Home The Social Compass Cause for Concern: Students struggling with mental health 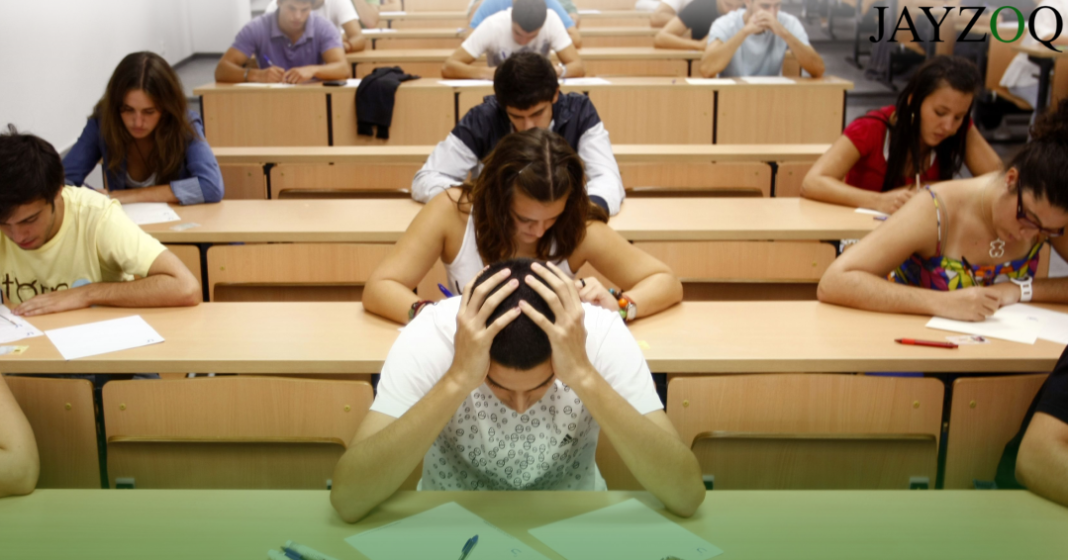 Around the world, students suffer from a large number of mental disorders, but why is no one talking about this?

Mental disorders have been affecting people’s lives more severely than in the past. The lives of our youth are no different; being stressed and burdened has affected several areas in their lives, with academics being the most affected.

A Study Showing How Stress is Affecting the Lives of Students

According to a recent survey administered by American College Health Association in 2019, the extent to which students are suffering from mental disorders has increased at an alarming rate. The survey reports that the following mental health issues have proved to be a menace for the students, negatively affecting different areas of their life, including academics at any time within the past 12 months:

It has been proved that these mental disorders, inducing pressures of getting good grades and overwhelming stress can lead students to a point where equipoising their personal and professional life becomes a challenge for them.

Mounting pressure by parents or peers is found to be an antagonist in the lives of students. Parents coerce them to study the subjects in which they are not interested, and then expect them to excel in those fields. Seeing their fellows proficient in their own respective fields makes way for depression since they start questioning their own abilities.

Another factor that proves to be an adversary in a student’s life is a huge course outline. Necessary subjects which enhance self growth and character development are considered to be non vital, whereas burdening and unnecessarily detailed subjects are included in the curriculum. Moreover, poor schooling and exam methodology also play a key role in stressing the students. Educational institutes focus too much on cramming which, frankly, overwhelms students with scripted words. Most of the students are seen doing multiple part time jobs to meet educational expenses, but it still does not suffice and not being able to fulfil these expenses burdens them with another worry about students’ loans for the future.

This can cause their health to fall apart. Ohio State University’s 2015 National Student Financial Wellness Study found that a good proportion of 70 percent of college students reported feeling stressed about their finances. Many students even dropped out of college due to financial problems.

These factors among many others are becoming the cause of increasing mental disorders among students. Many students tend to commit suicide due to the overwhelming stress of academics. These children are the assets of a nation; however, when they are maltreated or denied proper nourishment in their days, they become miserable, causing nations to fall apart. They’d be graduating with a degree in their hands but their minds will be still stuck on another interest they wanted to pursue as a career. This implies that parents should not enforce their children to excel in something which doesn’t intrigue them.

In addition, teachers play an important role in the character building of their students. Which is why they should refrain from discrimination. Even though a healthy and competitive environment is important for self acknowledgement and growth, it should not get too severe that it demeans children.

Universities should try to lessen their fees as well, so that students can focus without getting pressurized about expenses. Courses should be devised according to the latest studies and unnecessary elements should be eliminated as well. A proper examination methodology should be designed that will aid students in their academics instead of distressing them by having consecutive exams. The above-mentioned elements might help in creating a stress reduced environment for students. Our youth will be leading the world tomorrow, but when they suffer from a plenitude of issues which hold them back, they will not be able to excel accordingly. So, in order to build a nation that will lead the world successfully in the future, it is important to think about the students and provide them with the necessary psychological help they need.

This is so accurate and I really wanna do something about it. This is increasing day by day

I hope that people might understand what a student pressure leads to. Over burdening the students won’t help the system to improve!

Jayzoq is a student-run media outlet that strives to bring to people, free and ethical journalism by analysing the world's greatest issues and providing pinpoint opinion articles. All our members are from the youth community, and most of them are still students, which serves to show that the youth has an important role in shaping the future world.
Contact us: info@jayzoq.com
© 2023 Jayzoq Media. All Rights Reserved.
wpDiscuz
2
0
Would love your thoughts, please comment.x
()
x
| Reply
MORE STORIES

Embarrassed by ‘gentlemen’ yet again: Pakistan and its darling