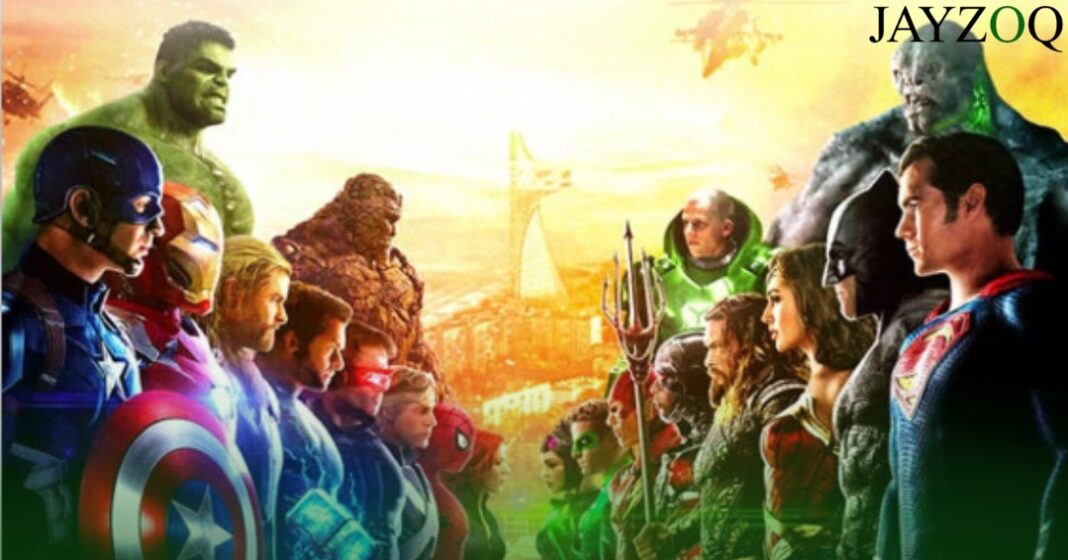 Before all my friends kill me after reading this, this is an opinion-based article.

I will clarify at the very start that towards the end of this article, the winner of this debate will not be declared, since both Marvel and DC are vastly unsimilar (more like too dear to my heart). This article is a mere attempt to draw a comparison between their qualities and their drawbacks.

Initiating with DC, which stands for Detective Comics, and honestly is quite a shock to me (who obsessively fan-girls over the characters). Detective? Comics? Really? Being honest here, DC has always given me flashbacks to Physics class and a plethora of circuits which I am not fond of.

Back to DC, mostly everyone is aware of him. Even parents around us know about Batman and his jetblack cape and mask, and his excellent ability at using a grappling hook gun (I hope this is what it is called). Batman may not be as impressive as Superman when it comes to superpowers, since it is pretty evident that a guy who can fly, has laser eyes, is as strong as steel might be prefered over a rich vigilante dressed up as a bat. Perhaps what makes us like Batman is his incredibly rich vulnerability (pun intended). However, Batman is not just an adult in a costume but he represents fearlessness and the molding of childhood trauma into something that improves circumstances for Gotham. The character of Batman holds a certain culebra behind the rough featured man in a mask, which the audience tends to relate with. He is mysterious, rarely ever laughs, spends a ton of money, and is an incredible martial artist. We all like that.

Similarly, Superman also portrays an emotional side. He is stuck in a world full of feeble mortals, whereas he is clearly an alien-god. However, him falling in love with Lois Lane shows how behind all of his great strength and invincibility is a person who is just as loving and caring as we can be. Other characters like Wonder Woman, Flash and Cyborg also tend to express tinges of emotion (some more than others) through their terrifying strength.

Moreover there are incredible villains in DC too, probably even better than Marvel, who exhibit diverse feelings like buried trauma, shyness, madness, wildness, ambition and immense pain. If you did not cry while watching   Joker then something is wrong with you. Villains like Doomsday are more towards the expressive yet wild side which makes them less relatable but their strength succeeds in leaving an impact on the audience.

Moving on, Marvel is definitely comedic and less gloomy as compared to DC.

Just like DC, Marvel too has a diverse range of characters. We have our very own tech genius and scientist, Ironman; the Norse god of thunder, Thor; a former Russian spy, Black Widow; a former special agent of S.H.I.E.L.D., Hawkeye; a superhuman from the days of WWII, Captain America; and an anger driven physicist-temporarily(?)-turned-monster, Hulk. These characters are rather humorous and extremely lively. In comparison to DC characters, Marvel might be considered more relatable as some of the characters like Spiderman and Hawkeye live normal lives, have families and friends. Most of the characters in Marvel also have friends and family.

It is almost a pity that DC characters are so lonely.

Out of all the mighty Marvel villains, one that is probably most dear to us is Loki, the former evil character. The rest of the villains like Thanos and Ultron, they might be impressive with their technique and power, but they lack a certain spark. To be honest, I would really like to see what was going on in Thanos’ mind when he plotted the entire megamind (pun intended part #2) plan.

Both Marvel and DC characters are immensely powerful: equal. Hence, “power-wise” the debate as to who is better does not seem to ever come to an end. However character development wise, both have developed impactful characters, some more than others. What it all comes down to is perhaps on how the audience reacts. Most of the people i have encountered tend to prefer Marvel over DC. They claim that Marvel is more lively and lacks darkness.

In conclusion, perhaps it mainly depends on the personality traits and preferences of an individual rather than on if Marvel is universally better than DC or vice versa. If you prefer dark atmospheres where characters scream in agony, DC is the one for you. However, if you are more inclined towards humorous scenes, witty dialogues and energetic characters then Marvel is for you.

And for the middle ground (where I belong), it is okay to not choose between the two. One can enjoy both of them and will never have to degrade any one of them.

In the midst of sadness, do not resort to watching DC considering that it will end up making you sadder. In case you really want to watch a DC movie, you can try watching Birds of Prey (and the Fantabulous Emancipation of One Harley Quinn) (2020). It is an enlightening film which includes a plethora of violence between amazing characters, throughout a well established plot.

In the case of Marvel, most of their movies will make you joyful, probably except Avengers: Infinity War (2018) and Avengers: Endgame (2019).

Libya’s 2011 Conflicts and the Issue of Globalization

The Sudden Eruption of OTT Platforms: Developments in the Pandemic