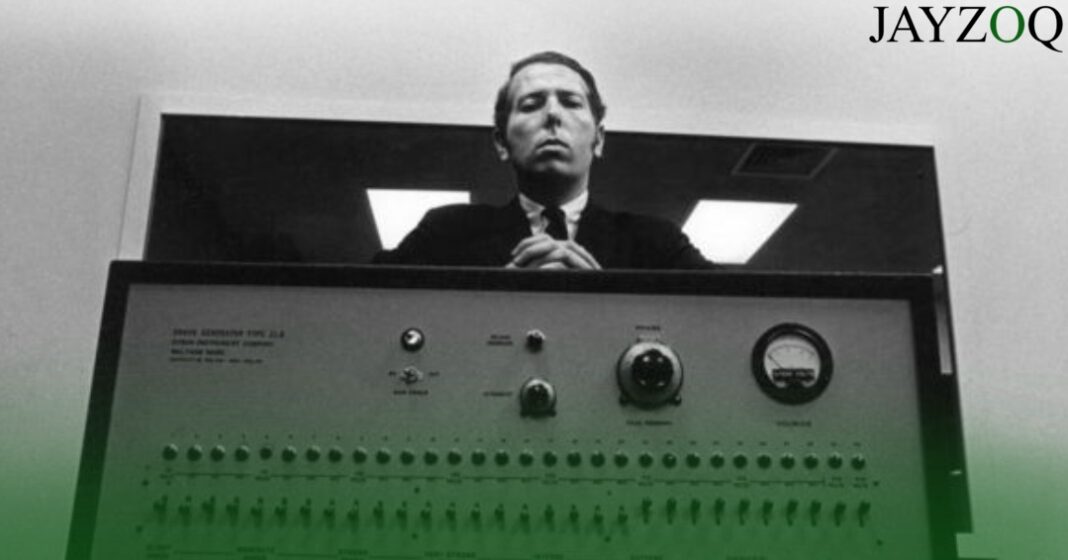 In the time that we are in right now, one is forced to think of what the world is going to be like post-covid. Undoubtedly, any major event that occurs worldwide is bound to leave repercussions that can ripple through in any direction. Similarly, just after the second world war, you could see the after effects that had been left behind on the people: the psychological and the physical. One researcher in the 1960s, Stanley Milgram, got interested in finding out about one specific facet of human nature – something that he only pertained to the Germans – obedience under authority, even if it meant harming another person.

The study to learn more about destructive obedience was done in Yale university and all the participants who had agreed to take part in the experiment were told that they would be testing the memory of people. The participants had to draw a paper from a bowl which would assign them to a role of a teacher or student. Deceivingly, they were all given the role of a teacher and were told that the other person (the stooge i.e. the person working for the researcher) was another participant who had been assigned the role of the student. The participant would then ask a question to which the “student” would either reply correctly or incorrectly. If an incorrect answer was given, the participant asking the question would have to give an electric shock to the student. With each incorrect answer, the voltage would be increased.

Surprisingly, for Milgram, the results showed that most of the people went all the way up to 450 V which was considered a deadly shock; the surprise being that these participants were from the United States. He assumed that the citizens of America, home of rugged individualism and apple pie, would display much lower levels of conformity when commanded by authorities to engage in behavior that might harm others (Greenwood, 2018).

Stemming from this, we see a very interesting debate: dispositional versus situational aspects. This explains as to how we react to a certain condition based on whether we are surrounded by people as compared to when we are alone. Since the Migram experiment was a social experiment, many factors count in to be considered as we discuss this from a situational point of view: the presence of an “authority figure” in the room urging the participants to go on despite them displaying visible signs of distress and the fact that this experiment was being done at Yale university, to name a few.

Looking at such factors as in the experiment, we realize the undue importance that we place in our setting and how the people present in our setting have an effect on us. Based on the findings of this study, it is found out that the only variable we need to be pushed over the humanitarian line is the mere presence of a person who seems to be someone from authority. These participants knew that they could have backed out from the study whenever they wanted (they could not have been forced to stay put by using any physical means) yet a majority of the sample continued to give electric shocks to the other person going all the way up to a value pretty blatantly dangerous to the person’s life. This only goes on to show that humans have the tendency to harm another but the question arises, is this something they would also do when they are not pressurized by the situational setting?

Thinking about the polarity of these sides of our debate, if we were to put an equal amount of weight on the dispositional or the individual aspect, it automatically transforms the society into a fearful place. It suddenly places a lot of burden on a person to always be cautious of their actions, because it is when they are alone and not being judged, that the true nature of self is revealed. And while this thought alone is enough to put oneself in a sullen quandary, reality bites because this is the kind of world we are presently living in. With heinous acts like murder, rape, assault, bullying and many more presiding in the society, one can only wonder what a human being would be capable of when under the influence of one authority figure, threatening or forcing people to commit certain acts. And suddenly, the Holocaust does not seem like an inexplicable concept anymore.

Churails: A Web Series on the front page for the wrong reasons