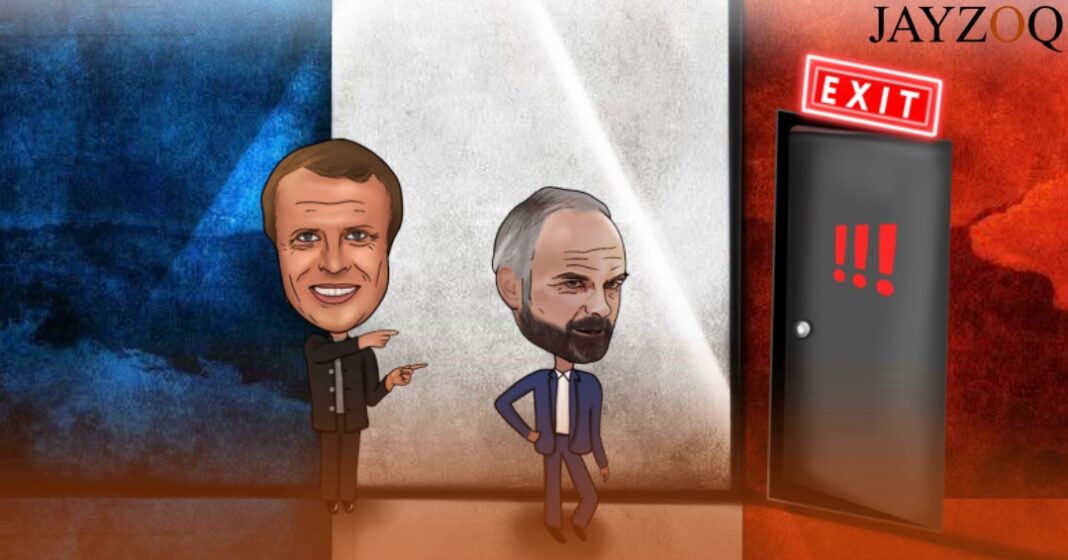 Have you ever wondered why you study English, instead of French? (If you haven’t, congratulations, history has no claim over you). Whether between William Pitt (the Elder) and Louis XV during the Seven Years’ War, George III and Louis XVI during the American Revolutionary War, or William Pitt (the Younger) and Napoleon Bonaparte during the Napoleonic Wars, France and Britain have always been traditional foes. Fighting for land and influence, it was the British, however, who succeeded over the French. The chronic English imperialistic attitude towards their colonies made sure that English remained the dominant language of the world.

However, this doesn’t mean that France is just another Pakistan; on the contrary, France remains one of the most powerful nations in the world, whose influence, in the past and today, is difficult to overstate. With a Gross Domestic Product nearing $2.6 trillion, it finds itself at #6 in the US News and World Report list of the most powerful countries on the planet. (Unsurprisingly, Pakistan was nowhere to be seen).

France, or Hexagon, as Frenchmen affectionately call it, prides itself over its rich history, and vibrant culture: the Cathedral of Notre Dame, the Louvre Museum, and of course, the Eiffel Tower. France occupies a permanent seat in the United Nations Security Council (UNSC) and, therefore, wields the infamous ‘veto’ power, boasts the second-largest economy in Europe, and the 7th strongest military in the world. At the helm of this phenomenal ship stands the youngest French Head of State since Napoleon himself: Emmanuel Macron.

The Political System of the Fifth Republic

Unlike other European nations, France has always been volatile when it comes to revolution. With the first one erupting in 1789 alongside the execution of the Bourbon Louis XVI, the First Republic came to an end when Pope Pius VII crowned Napoleon. In 1848, the restored Bourbons were removed once again and the Second Republic was established. Napoleon’s nephew, Louis Napoleon was elected President but, he too, followed in the footsteps of his uncle and crowned himself emperor. Once the Prussians, led by Otto Von Bismarck crushed the French forces in the war of 1870, the Third Republic was formed which survived until the Nazi conquest of Paris. Once Charles de Gaulle liberated France, the Fourth Republic was founded, which failed in 1958 after the Algerian Crisis. De Gaulle then came out of retirement and kick-started the Fifth Republic, which continues to this day.

Usually, the brawl for the Élysée Palace involves the Centre Right and the Centre Left political parties, the National Front and the European Socialist Party respectively, but this time, a new party formed just a year earlier and swept up all disenchanted politicians. Led by Macron, they won a resounding victory.

Le Pen was thought to be the stronger candidate since one (Fillon) was involved in a controversy, the other’s Socialist roots were failing, and Macron’s LREP Party was seen as inexperienced. However, Le Pen’s anti-immigration, anti-Muslim and anti-EU stance (she promised to hold a referendum in France if she was elected President) didn’t rally a lot of supporters, and in no time, Macron had appointed Édouard Philippe as his Prime Minister, who was a relatively unknown mayor of Le Havre.

To cut the long story short, after the horror of the Brexit referendum, Europe breathed a sigh of relief; it still had France. Or does it?

Even before the advent of Covid-19, Mr Philippe wasn’t having a walk in a park. Although his government started off on a positive note when he expressed his intention to increase taxes on cigarettes and cut spending, immediately after the vote of confidence which officially brought him into power. However, as Frenchmen have always despised taxes, movements like the Yellow Vest Protests undermined his authority and that of Mr Macron.

Although Macron, in a televised address conceded to some of the 42 demands of the protesters, his popularity dwindled rapidly. Especially after Mr Philippe pointed out how France’s economy would suffer with the € 100 increase in minimum wages which weren’t even applicable to everyone. Additionally, Macron was rarely seen during the Covid-19 pandemic while Philippe regularly briefed the nation with his calm, confident voice; it comes to no surprise that Philippe’s popularity skyrocketed.

Traditionally, French Presidents have switched prime ministers after a crisis to have a fresh start which occurred in every term. Whether following this idiosyncrasy or whether Macron was simply intimidated by Philippe’s growing support, the President replaced Philippe with Jean Castex, while reshuffling the cabinet, to “set a new course” for the last two years of the Macron term.

Most experts believe that Philippe’s handling of the coronavirus pandemic has elevated him to a level of acclaim that he may rival Macron himself for the Presidential elections of 2022.

As if a new rival wasn’t enough, Macron turned back on some of his statements during the election campaign, and his usual silver tongue frequently makes him retract announcements. For instance, during the En Marche! campaign in the build-up to the elections, Macron expressed his desire to appoint a female Prime Minister, something that Castex’s nomination clearly discards.

Macron is slowly losing support which can be seen from the results of the local elections that took place last month and homage after 2022 seems unlikely. For Europe in general, this is news.

The European Union is a weak cluster of 27 countries which acts as a European Commonwealth, with a common currency and providing free European citizenship to its member states, thereby allowing free trade, free movement and accounting for nearly 23% of the global GDP, whilst hosting a mere 7.3% of the world’s population.

Initially an attempt at economic recovery following the second world war, spearheaded by France, West Germany, and the Netherlands, it slowly evolved into a free market, and with The Maastricht Treaty (1992), it was established as a united European body whose name was later changed to ‘European Union’, all members of which would follow a common foreign and security policy. An interesting fact: De Gaulle vetoed British applications to join the European Community, twice. It was only after he died that the United Kingdom joined Europe.

Coming back to the point, France is one of the most important players in the EU, with the most soft power, despite Angela Merkel’s strong personality. France has much to offer to and much to gain from the EU. Despite Germany’s economic machine dwarfing everyone else’s, France is a major economic powerhouse, and free trade was one of the major reasons why it went from the failed Vichy State to the 6th largest economy in the world. Since France is the only EU state to possess nuclear capabilities, it replaces Germany to combat the Russian damper to the East. Global Security Review claims that the EU plans to propose taking over French nuclear arsenals and making the whole of Europe a nuclear power. It seems like the German Vice Chancellor’s proposal to France, to give up their permanent seat in the UNSC in favour of the EU.

Attitudes like this have aggravated individuals like Le Pen, who wished to be called ‘Madame Frexit’ in an interview well before the 2017 elections.

The European Union, already divided on the issue of corona-bonds, now looks up to Macron, and the 2022 election, as anti-EU sentiments spread throughout Europe. Macron faces a tough audience back home, just as David Cameroon had faced angry Brits chanting ‘Brexit’. Speaking of which, even the 599-page Brexit Withdrawal Agreement couldn’t save the United Kingdom of the fat divorce bill of £32.8 billion. Already, hushes have been exchanged in the European Parliament to make it difficult for other countries to leave the EU, but this would harm countries like Italy who would be better off without Europe, even if they don’t know it yet.

Although France has a strong European identity, the same was said about Britain. MPs would stand up and talk about Brexit in front of the House. A French MP rose and in front of the President, stated, “Long live Frexit”. If the French actually do want to leave the EU, it is vital that the people know what they’re getting into; complications and how it’s going to affect their day-to-day life. The British didn’t, and in a fury of sentiments, they voted themselves out.

Treading Close to the Wrong Number One Spot: Pollution and Pakistan