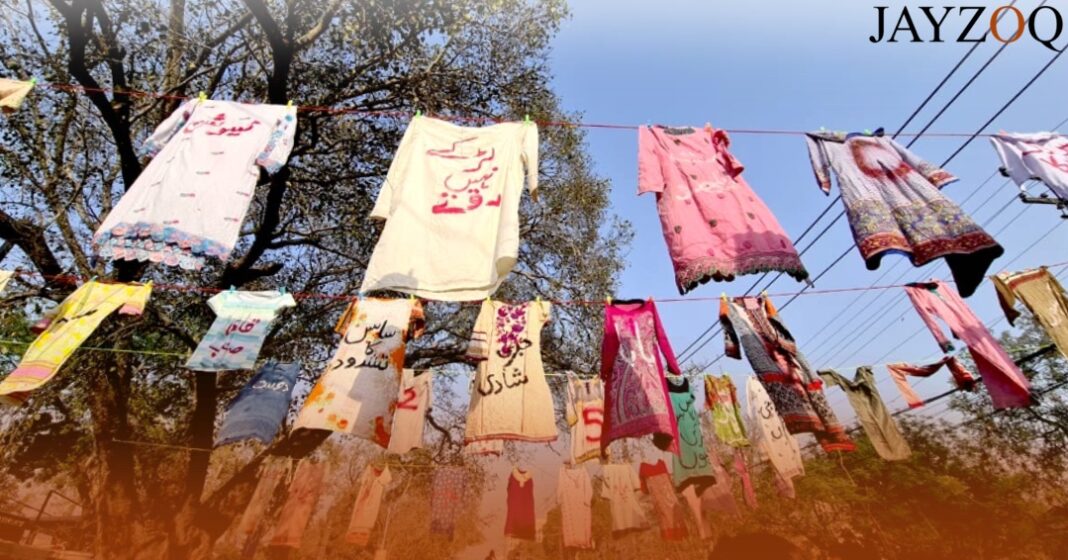 On 8th March, Pakistan witnessed its 4th consecutive Aurat March. Held on International women’s day the movement aimed at illustrating the plight of women across the country and to fight for their rights. The theme for the march this year was ‘Women’s Health Crisis’. The demands for better healthcare for women were most visible in Lahore’s manifesto. While different cities wrote their own manifestos they all seemed to unite on the need for combating social issues from inadequate healthcare for women to domestic violence and forced marriages. Thus while emphasizing the need for adequate healthcare the motive of the march was to embody the growing frustration of women who were facing grave social issues such as rape, harassment, domestic violence, or a general lack of freedom.

Therefore, on 8th March women from all over the country marched in their respective cities to fight for their rights. The Aurat March succeeded in gaining significant social attention and bringing women’s issues into the limelight.

The march has always gathered criticism from a particularly conservative population, however this time the allegations were relatively more serious. After the march had concluded many critics decided to employ intense scrutiny to expose its true nature. The first allegation that surfaced on social media was that the attendees were holding a French flag. Columnist, Orya Maqbool Jan, denounced the march as foreign-funded and the act as blasphemous. However, on closer investigation, it appears that the flag held in the video is not France’s flag. It is the official flag of the Women Democratic Front and is not the same as France’s flag. The Women Democratic Front has also dismissed the allegation in the following words, “The WDF flag represents grassroots feminism in Pakistan and has nothing to do with the French flag. We, at WDF, stand against all forms of imperialism and the accusation that we would ever wave the flag of a former colonial power is ridiculous”. The misinterpretation is explained in the pictures below.

The second allegation also accused the march of committing blasphemy. This time a banner from the march came under criticism and outrage from the fundamentally religious community of Pakistan. The banner depicted the statement of a child abuse victim who was abused by a religious precher. How the banner is an attempt at committing blasphemy remains unclear. While critics were quick to label the banner as blasphemous, Aurat March Lahore issued out a statement “condemning slander against the march.”

The third major allegation was perhaps the most serious. The third allegation of blasphemy was based on a short clip from Karachi’s march in which the attendees can be heard chanting their demands for “Azadi”. However many on social media and some prominent journalists seem to have misconstrued the chants and have shared a doctored video captioning the words inaccurately. The official Twitter page for the march has released the clip with the correct captioning. The doctored video was widely circulated across social media especially on sites like Twitter where prominent journalists such as Ovais Mangalwala of HUM News and Syed Ali Haider of SAMAA Tv shared the fabricated video in condemnation of the march. Although after significant backlash they alongside many others have deleted these tweets. As a result the Federal Minister for Science and Technology, Fawad Chaudary has also denounced the fabrication of the clip.

Subsequently, there was a spark of outrage which spread swiftly across social media where these baseless accusations and fabricated videos provoked opposition against the march. While most critics used sites like Twitter to condemn the march and convey their resentment, some even took to the streets threatening vigilante justice if the government fails to take action against the march. On the same day, Tehreek-e-Taliban Pakistan (TTP) issued a statement against the organizers of the march threatening them to “fix their ways”.

The opposition against Aurat March is not surprising as every year the movement generates outrage among a conservative populace. However, this time the tactics used to quell the movement illustrate a growing desperation among the right-wing of the country. Moreover the tactics used by the opposition are a lesson at understanding how the state and its mechanism have been carefully built to suppress voices of dissidence. The reckless opposition to the march this year serves as a reminder to the young generation of activists of the cost of resistance.

how about their blatant political demands regarding national security, or their blatant support for ethno fascists racists like Ali Wazir, how is that in any way relevant to their manifesto.

It’s easy to cherry-pick the allegations to respond to, while ignoring the real serious ones.

oh and “Grassroots Pakistani feminism”??? Gimme a break. Feminism is a purely american brand, prupogated and made popular by Hillary’s 2016 election campaign to hype up her female voter base, these “Grass roots feminists” are merely following in the footsteps trynna be cool. and their written demands from aurat march are proof. They have zero regard for “real” women rights issues.