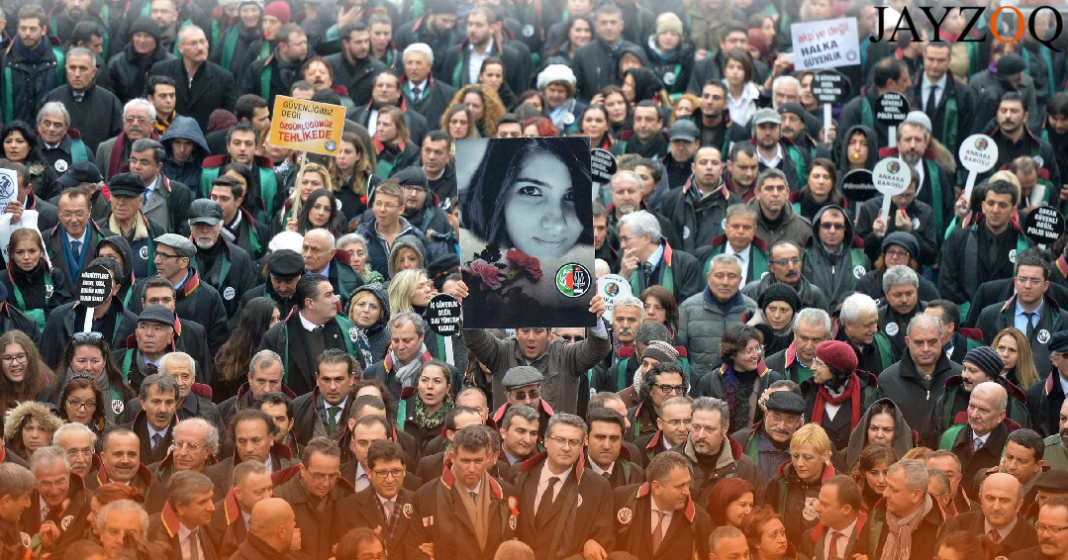 Pinar Gültekin’s cries for help went unheard as the 27-year-old student was brutally murdered by her 32-year-old ex-boyfriend Cemal Metin Avci. The murder sparked countrywide protests and led to the revelation of as high numbers of femicide cases occurring in Turkey.

Femicide is generally understood to involve the intentional murder of women just because they are women, sometimes in the name of honor. Protests were held in Istanbul and 3 other cities in support of Pinar and other femicide victims, women declaring their solidarity to combat heinous crimes committed against women in the name of honor, waving purple flags.

Pinar’s remains were found in a woodland area and it was determined that her ex-boyfriend strangled her, burned her corpse in a garbage bin and buried it under concrete.

According to Turkish Media, Avic in his testimony said that he killed her in a moment of rage after she threatened to tell his wife about their relationship.

Pinar’s family also spoke up. “She used to say ‘I will study. Many of our Kurdish girls also study to become doctors, nurses, lawyers. Let them stand on their feet.’ She was a harmless human being,” said her brother Wedat.

Lack of economic independence and violence are the top issues faced by Turkish women. The 2014 National Domestic Violence Survey by the General Directorate on the Status of Women brought to light that 37.5% married women have been exposed to violence at the hands of their partners. Overall Turkey is 130th of 153 countries in the Gender Gap Report.

Though Turkey has laws in place regarding gender equality and condemn gender discrimination, also providing support to the victims of domestic violence, women aren’t benefitting from such laws. Failure to implement such laws  does not provide the guaranteed security to women whose position in society isn’t equal to that of their male counterparts. Women are vastly underrepresented in any post regarding decision making and continue to face discrimination with gender based violence being a major concern.

The campaign group We Will Stop Femicide is collecting data on women who have been the target of gender-based killing, revealing shocking results. In 2019, 474 women took their last breaths after falling victim to femicide, 200% more than the 237 women killed in 2013.  The platform aims to combat femicide, provide support to the victims and protest against any violations of women rights. The platform’s priority is to ‘keep women alive’ and  also helping with legal activity in regards to violence against women.

Perhaps the major reason why gender-based violence runs rampant in Turkey is the hesitation of victims to come forward with their stories in fear of scorn and also the country’s inadequacy to deal with such situations. It is cardinal to create awareness and make sure women are aware of their rights. It is also fundamentally important that the government is pressurized to make sure that all laws are implemented fully providing protection to all victims.

The recent murder has caused Turkish media to overflow with messages of support and women posting black-and-white selfies on Instagram with the hashtag #ChallengeAccepted trending after the recent events. Furthermore, We Will Stop Femicide brought to light that 27 women were killed due to domestic violence in the lockdown caused by the pandemic. This specific hashtag intends to promote women empowerment.

“Pınar Gültekin’s murderer is among us, at our side, on our bed, at the bus stop, a step behind us They are not elsewhere, they don’t fall from the sky, they don’t come from space. This is why women’s murders, hate murders, are political,” actor Meriç Aral tweeted on Tuesday.

To ensure that these numbers do not increase it is crucial that women have access to the help required to combat domestic violence even in this lockdown. The perpetrators of domestic violence should face serious repercussions in regards to their acts of violence against women. Only then can we rid the world of the abomination known as femicide.

Churails: A Web Series on the front page for the wrong...

The Condition of the Global Pandemic: COVID-19