Jayzoq
Home The Social Compass Feminism & the Myths that Plague it 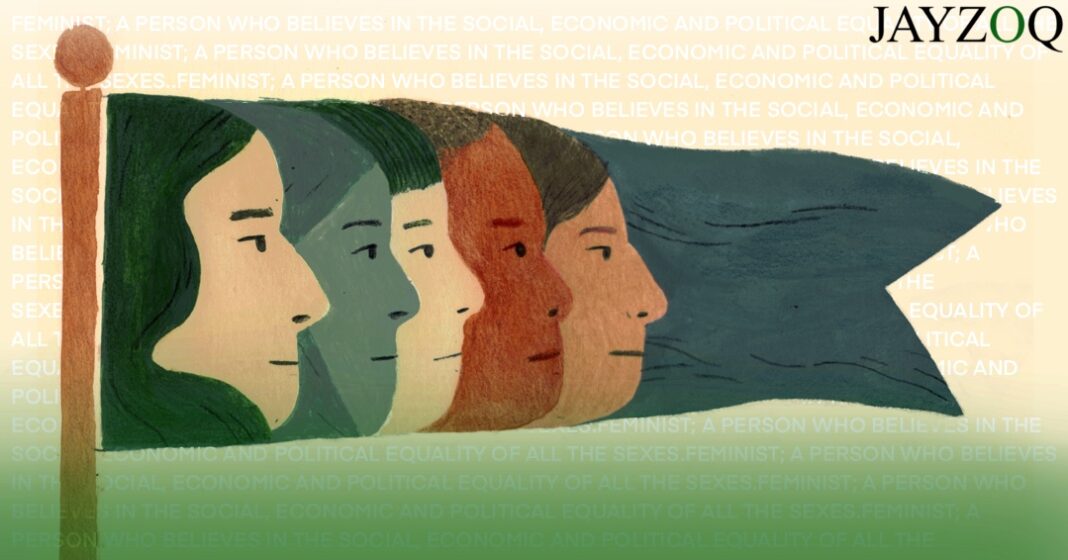 Feminism, in the simplest of terms, is a long-standing ideology which refers to equality for the sexes in all contexts. However, like anything that refutes established societal structure, feminism has various misconceptions associated with it which threaten the progress of the movement. Upon simply uttering the word ‘feminism’, it is common to notice condemnatory expressions form on faces, in contrast to approving and intrigued ones. The division of opinions about something that motions for equitable seats at the table for all, stem from the misunderstandings that influence opinions, which is why it is imperative to analyse and rebut these myths to ensure that there are minimal hindrances during the growth of feminism.

Women being one of the most historically marginalised groups have been the primary representatives of the feminist movements, perhaps, that is why an all too familiar false belief is that ‘all feminists are lesbians who hate men’. However, it has been reiterated wherever feminism has been illustrated that it is not an ‘anti-men movement’. In fact, the men of today are often seen as allies to the movement so it is really a no-brainer that the movement is not detrimental to men. Regardless, this belief comes from the feminist agenda which works to counter patriarchal oppression of the powerful which is often seen as a threat by those who benefit from the normalities of a particular type of person being granted power all over the world. Yet, despite the persecution of women being the fault of the male sex more often than not, feminism still encompasses supporters of all identities who only wish to have a share in the authority that dictates their lives.

Furthermore, feminists are often perceived to be nonreligious which invalidates the activism of religious feminists since this belief goes hand in hand with the belief that feminism in itself is something that various religions cannot account for. Why this prevails is because of the misinterpretation of religious teachings themselves. Many times, gender biased religious teachings can be exacerbated to curb the rights of women and benefit the men in the society. Therefore, in order to eliminate this belief, one must first develop an absolute understanding of religious provisions which will undoubtedly lead to the outcome that feminism only intends to incorporate the contribution and ability of all women into society so it can flourish. Thus, it does not negate religious understandings or protest against religious practices.

Moreover, it is also widely accepted that feminism only seeks equality for women and more particularly, only Caucasian women. It is recognised all over the world that those of Caucasian descent are inherently more privileged on a global level, this certainly applies to Caucasian women as well. Due to the privilege granted to these women, they often make up the face of the theories and demands which feminism is all about, which is why this misconception is so common. It is no news that this was somewhat true in the past, particularly in the Second Wave of Feminism but in today’s world, feminism employs the theory of intersectionality which refers to how aspects of a person’s social and political identities combine to create different modes of discrimination and privilege. This means that feminism today recognises the difference in the plight of different types of women since, for example, a South Asian lesbian would experience discrimination which would be somewhat unique from what a heterosexual Caucasian would experience.

Moreover, feminism is believed to be a radical movement that intends to transform world order by establishing matriarchy. This takes us back to square one, it is the inability of many to understand that feminism is a movement for the powerless to be freed of their fate which sanctions their lives immensely. Feminists are not out for blood, the revolution we want mimics utopia, a place where everyone is content.

From the aforementioned, it can be concluded that feminism suffers greatly from fallacies about it. One can only hope that through the adaptation of feminism into mainstream lifestyles, these myths shall be eradicated and feminism can attain its goals for the greater good. The only way this developing theory can transition into a successful reality is by not succumbing to a world riddled with contrary beliefs. Until then, it is up to us to advocate for the equality of all genders and sexualities to further this cause and play our part in attaining a better world.

This was a nice read and informative indeed. Discrimination on any account is bad for the society as it curbs freedom to be what one wants to be or aspires for. Anything that chains, stops, obstructs or pulls down the right to exist in peace is neither human nor religious. I am from a time when talking about sexual orientation on the basis of personal preferences was not the norm, for even that was looked down upon as insinuating and blasphemous. All revealed religions talk about it but the taboo continued till very recently and is not an accepted agenda item for many other wise active advocates of freedom, equality and liberty. So I wonder at times, when new thought meets my sort of programming of the subconscious, as to what would make such debate an easily acceptable subject which needs attention of the society emergent? What would stop the unstoppable churning in the guts and bring about acceptance to what is important for the enlightened new generations who are to take the world in their hands now as we hand the command over to them? What would end my bias truly? Would it be the love for my children who are surely amongst the new suns rising? For them or is there a way that I, and my age group, can accept that mixing feminism, which should not be satisfied with equality and rather should aim for superiority they truly deserve to be revered with, and preferences for various carnal orientations is alright. Why should I not have the right to call some thing immoral? Is there nothing which is beyond the red line of decency and morality, if not limits of religion or God? Just a question. I am a feminist who wants and believes that femininity is superior to masculinity anyday. Man was a prototype only and so is son of man. Woman was the ultimate creation and always shall be. Simply put, how is who I am related to what I do or prefer to do? Is my choice, which is subjective and needs to be understood fully for its implications on social fabric in the long run, as important as who I am? Objective reality should not be equated with subjective choice and the latter should not be equal to or superior to the former. Just a thought!

Skyrocketing popularity of Netflix: A Pandemic Must Have