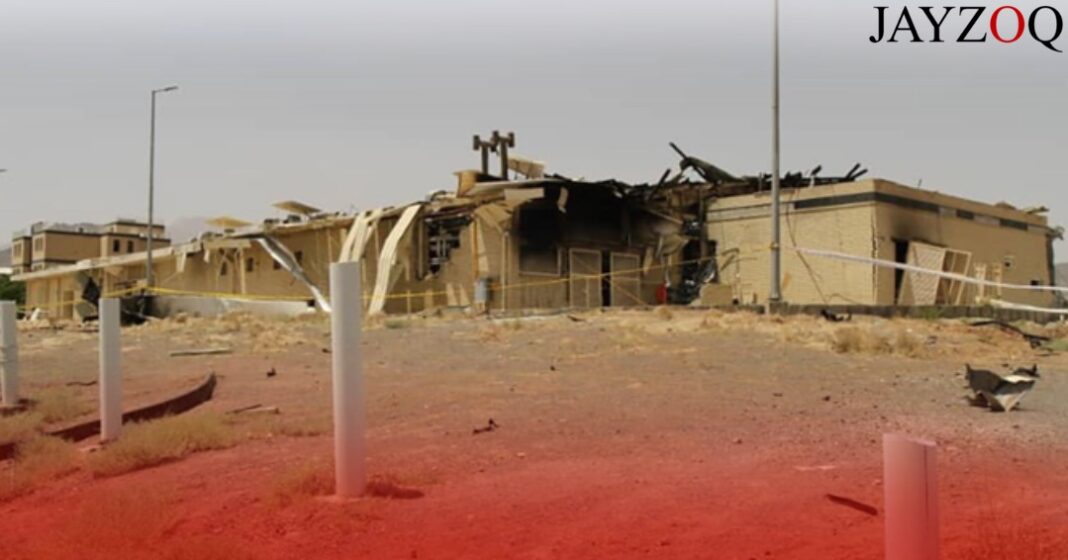 On 2nd July 2020, there was a fire at Natanz Nuclear Site, located in the desert in the central province of Isfahan in Iran. On July 3rd, the official news agency of Iran, IRNA, gave the statement that the cause of the fire has been determined but will be disclosed at an appropriate time due to security concerns. According to Reueters, IRNA further said, “So far Iran has tried to prevent intensifying crises and the formation of unpredictable conditions and situations. But the crossing of red lines of the Islamic Republic of Iran by hostile countries, especially the Zionist regime and the US, means that strategy…should be revised.” This was a clear message that this fire is believed to be the work of sabotage and not an accident.

In recent months, there have been many incidents on industrial sites in Iran and they are being associated with this fire as well.

In 2010, Israel and the US targeted Iran through a computer virus called Stuxnet in an attempt to hinder its nuclear program. The Natanz nuclear centrifuge fuel-refining plant may have been hit first by Stuxnet in mid-2009, said Frank Rieger, a German researcher with the Berlin encryption firm GSMK. The International Atomic Energy Agency found a sudden drop in the number of working centrifuges at the Natanz site, he noted in an interview in September.  Suspicion for responsibility for the attack has been on Israel and the US, although this claim is supported by little evidence. Keeping that incident in view, this fire could also be a ploy by the bigger powers to hinder Iran’s nuclear progress.

The officers of the Israel government vaguely addressed these claims when asked about it and stressed the dangers of Iran becoming armed with nuclear power. “Everyone can suspect us in everything and all the time, but I don’t think that’s correct,” Defense Minister Benny Gantz said in a radio interview with Kan, the state broadcaster. “Not every event that happens in Iran is necessarily related to us,” he added, while not denying involvement in the Natanz explosion. Benny Gantz, Israel’s defense minister, gave roundabout answers, when asked in a radio interview about the fire at Iran’s Natanz nuclear site. Foreign Minister Gabi Ashkenazi, at a conference on Sunday held by the newspapers Maariv and The Jerusalem Post, said, “Iran cannot be allowed to have nuclear capabilities.” To that end, he said, “we take actions that are better left unsaid.”

Three Iranian officials who spoke to Reuters on the condition of anonymity on Friday said they believed the fire was the result of a cyber-attack but did not cite any evidence. A Middle Eastern intelligence official with knowledge of the episode said Israel was responsible for the attack on the Natanz nuclear complex on the second of July and that a powerful bomb had been used. A member of the Islamic Revolutionary Guards Corps, who was briefed on the matter, also said that an explosive had been used. The Middle Eastern intelligence official who said Israel was responsible for the explosion on Thursday also said that it had nothing to do with the other recent incidents.

According to BBC Persia, they received an email on 30th June from a group calling themselves the Homeland Cheetahs. The group said it had attacked Iran’s major nuclear site. It claimed it had blown up a facility and that the Iranian regime would not be able to conceal it from the media. The group said it was composed of dissidents within Iran’s military and it’s security forces and that they had been behind numerous attacks that the Iranian authorities had so far not revealed to the public.

However, this possibility is not widely accepted and it has been stressed that the involvement of Israel is more likely. One of the biggest reasons for this belief is the 2015 agreement of the P5+1, the five permanent members of the UN Security Council and Germany, with Iran. According to this agreement, Iran would cease its endeavors in the advancement of nuclear power and as a result, the economic sanctions imposed on Iran would be lifted. In 2018, US President Donald Trump announced that the US will not be a part of this agreement anymore and re-imposed the economic sanctions on Iran. The other countries tried to maintain the agreement but due to a lack of cooperation by the US, Iran announced on 5th January 2020 that it would no longer adhere to the terms of the agreement. This has been a cause of great concern for Israel because Iran’s nuclear power would threaten their control over the area. The US has given no statement in this regard, neither denying nor confirming the suspicions about their role in this incident.

Expert teams from the AEOI(Atomic Energy Organization of Iran) have been deployed to investigate the factors leading to the damage of the pre-fabricated steel framework. The head of the Iran Atomic Energy Organization, Ali Akbar Salehi, was also present at the site of the incident. This incident has set back Iran’s Nuclear Plan by months or even years but it is not yet clear whether Iran intends to retaliate or bide its time and put its efforts into the nuclear program to deliver a bigger threat later on. This incident did not cause any release of radiation as confirmed by IRNA. However, if such an incident were to take place again, it could cause serious damage to human life and property hence it is necessary that the events are properly investigated and measures are taken to prevent such an incident from occurring again.