Jayzoq
Home Business French Goods: Is a boycott the right way to go? 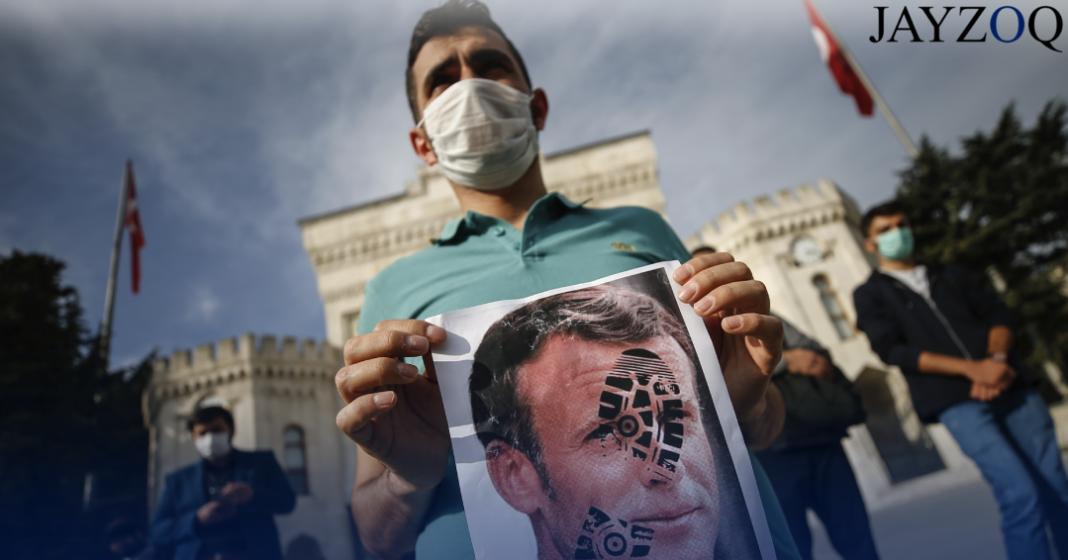 In a secondary school in France, a teacher, Samuel Paty was giving his students a lesson on the freedom of expression. He presented two caricatures from the satirical magazine, Charlie Hebdo. Both of them were of the Islamic apostle, Muhammad. This has caused some controversy in the past as well. In 2015, jihadists killed 11 staff members of the magazine over the same caricatures. Inevitably, there was an issue caused by the teacher’s act as well. Paty had given the Muslim students in his class the option to look away or leave the class, but this did not settle the outrage from the community.

On October 16, the matter escalated when someone killed the teacher with a butcher knife on his way home. The police found the attacker through a tweet that was made by him, “I have executed one of the dogs from hell who dared to put Muhammad down.”

This has caused a list of French brands to go viral around the world and people are boycotting the goods. Countries like, Kuwait, Saudi Arabia, Turkey, Pakistan, Jordan, and many more are boycotting French products. Kuwait had already started to remove items like yogurt and sparkling water from their grocery stores. This is going to affect the French market drastically. Foreign trade worth over $100 billion is at stake. One of the major influences, apart from the incident, is the controversial statement that was made by the French president that just added more fuel to the fire. Furthermore, the Turkish president has tweeted in favor of boycotting the French goods.

France has a population of 66.99 million people and their exports are worth almost $555 billion whereas, their imports are approximately worth $639 billion. Moreover, France has a major share in exporting agricultural products of which 3% is exported to the Middle East. It also provides weapons, aeronautical technology and public transport systems to many Muslim-majority countries. Egypt and Qatar have placed orders for military jets from Dassault, a French brand. In countries like Pakistan, Bangladesh, and Turkey, France would sell petrochemical and petroleum products.

The high income clients from the Middle East contributed to the sales of the luxury brands like Louis Vuitton and Chanel. The franchises of these brands in Dubai and the Middle East will suffer losses in profit and the brands will face major losses.

Turkey is the top exporter of French goods among all the Muslim countries and still, the boycotting movement seems to be the strongest in Turkey. In 2019, the exports from France were worth $6.6 billion. It is the seventh biggest market in Turkey and the tenth biggest source of import. However, the Turkish community is putting its principles before it’s desires and they have already started a viral hashtag to urge other consumers to boycott the goods.

Grain was one of the main goods that was exported. Moreover, Carrefour, a supermarket chain, is removing the French goods. Carrefour has franchises in Pakistan, Bahrain, and Lebanon so it will be affecting the export value of France soon, as the franchise is available in many economies. However, according to a French representative of Carrefour, there seems to be no impact from the boycott calls.

In the automaking industry, Turkey is the eighth-biggest market. Around 48,131 vehicles have been sold within the first six months of this year. According to PSA’s latest financial results, Turkey has been increasing its sales, but in the foreseeable future, those may decrease.

French Muslims feel targeted by the government of France which is causing protests and, will soon also, cause instability in the economy. The companies will suffer from losses if the matter is not dealt with and so far, there has been no positive comment from the president.