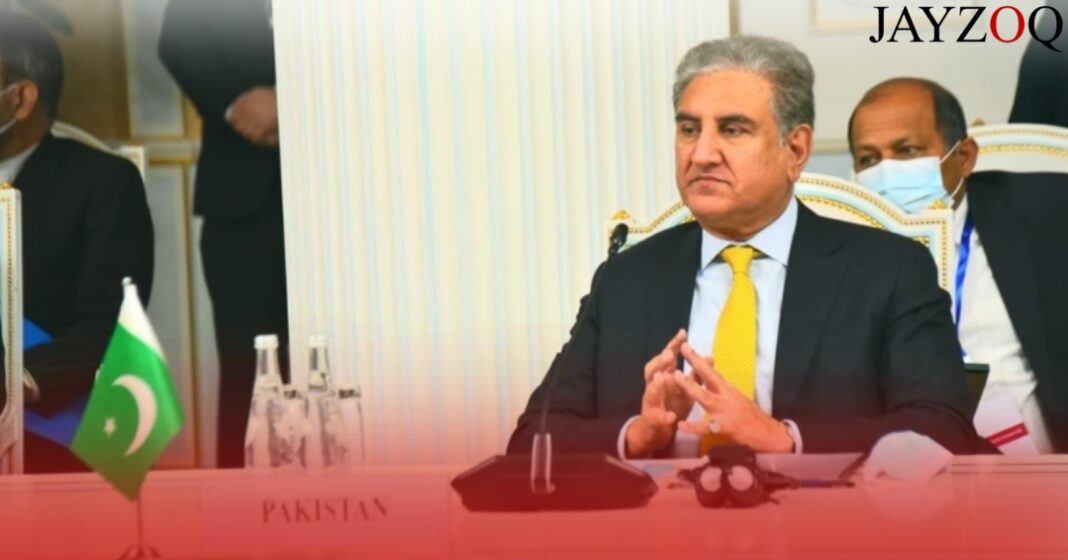 Since last week, the Heart of Asia conference 2021 has been the talk of the town, not least due to speculations around a reported sideline meeting between Shah Mehmood Qureshi, the Pakistani Foreign Minister and Subrahmanyam Jaishankar, his Indian counterpart. Even though Shah Mehmood told the press no such meeting had been “finalised or requested”, and Jaishankar confirming this on March 26 by saying: “So far I do not think any such meeting is scheduled”, there was still conjecture about them “accidentally bumping into each other” as Mariana Baabar of The News wrote. However, as the meeting came to an end after its three days on the 31st of March, no reports of said interaction came forward.

However, the Foreign Minister did make positive progress in Dushanbe, Tajikistan including several sit downs with international and regional partners. The highlight of the Conference remained the rejuvenation and redevelopment of war-torn Afghanistan as the key to peace in the continent; Qureshi and many others, including Jaishankar, Farid Mamundzay, the Afghani envoy to India, Afghanistan President Ashraf Ghani, and Tajikistan President Emomali Rahmon making speeches on the matter.

Shah Mehmood Qureshi started off by calling the country an “important neighbor and brotherly nation”, adding that the two had an exclusive, immutable bond. He moved on to say that they had been able to sign the peace agreement between the US forces and Taliban “guided by the conviction that there is no military solution to the conflict.” Pakistan’s message, he mentioned to the Afghan leaders, had always been to continue constructive negotiations through good faith, remaining vigilant of the peace spoilers within and outside the country. After listing a number of productive suggestions going forward, he continued: “Let me just briefly underline that besides facilitating the peace process, Pakistan is extending all possible support to Afghanistan. We have limited 1 billion U.S dollars for Afghanistan’s development and reconstruction, with nearly 500 million spent already on infrastructure and capacity building projects.” Besides this, he announced Pakistan had begun a new visa regime, opened 5 border crossing points for trade, operationalized the Gawadar Sea Port for Afghan trade and several other energy and connectivity projects. He ended his 9 minute address by expressing confidence in the meeting’s productivity.

Jayshankar chimed in with his address that included a controversial, underhanded comment at Pakistan about “double peace” referring to peace in and around Afghanistan. His other talking points included an urge for a ceasefire, stability and freedom from violence, crime and drug syndicates.

Ashraf Ghani himself expressed the importance of security in the country by comparing it to oxygen for the Afghanis as well as their neighbors, also meeting with the Tajik president, Indian, Pakistani and Turkish Foreign Ministers beforehand. .

President Ashraf Ghani during his address at Dushanbe

Moreover, another notable feat by the Foreign Minister was the announcement of a roadmap of peace and trade with Tajikistan. Briefing the conference on the meeting between him and his hosts, he announced that the large number of working groups for the two nations had been reactivated. He urged the encouragement and exchange of businesses on both sides with talk of incentives by the government. On challenges discussed between the two, he alluded to measures for overcoming extremism, terrorism, drug trafficking and organized crime. Pakistan, he told the attendees, had trained 200 of Tajik military officers as well as other senior diplomats and was looking forward to more. Tajikistan has also “vociferously” advocated trade relations between the two and Afghanistan to President Ghani. As he made his last public words for the conference, Qureshi asserted his satisfaction with the results of his 3 day trip.

Whether or not his confidence is well founded is too early to tell. However with 15 participating, 17 supporting countries and 12 assisting organizations taking part in the HOA-Istanbul Process all alluding to fruitful discussions, optimism is not far fetched.

The Suppression of our Youth: Child Labour