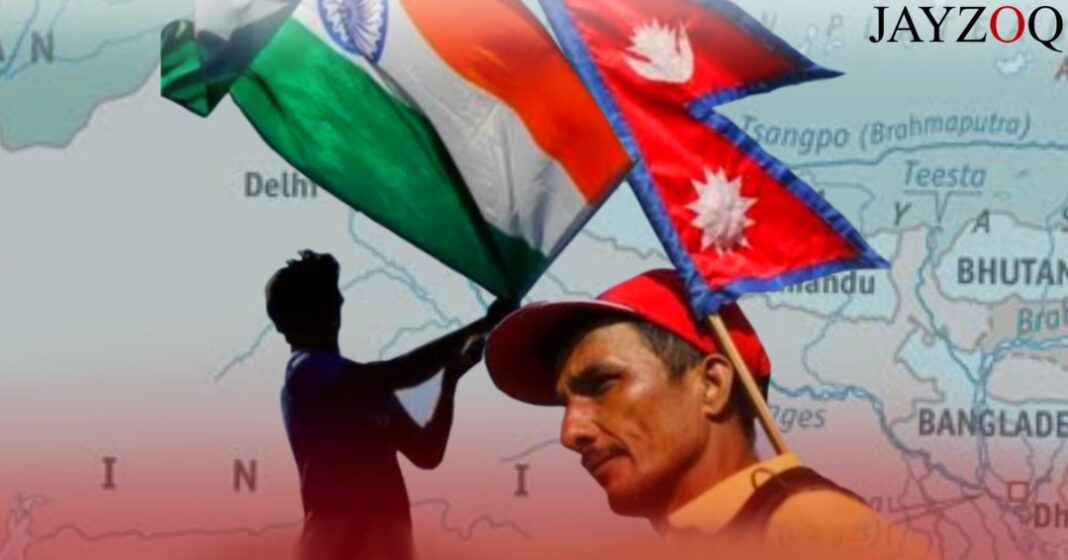 Nepal and India have been disputing over the Kalapani territory since the British ruled yet there is no agreement on this issue. The significance of this route is that it is the shortest trade route from India to China. Lipulekh is a Himalayan pass on the border between India’s Uttarakhand state and the Tibet region of China, near the trijunction with Nepal. It is strategically located as it is nearest to the heart of the Indian state or the National Capital Region and can be of particular concern in case of an armed conflict with China. The Kalapani territory represents the basin of the Kalapani river, one of the headwaters of the Kali River in the Himalayas at an altitude of 3600–5200 meters. The valley of Kalapani, with the Lipulekh Pass at the top, forms the Indian route to Kailash–Mansarovar, an ancient pilgrimage site. It is also the traditional trading route to Tibet.

The most cited agreement from the British era is the Treaty of Sugauli in 1815 which represented Nepal’s surrender after the Angelo-Nepalese War of 1814-16. According to this treaty, Nepal had to give up some of its territories to the British to which Nepal reluctantly agreed, recognizing the superior power of the British. The border was the Kali river and the territories of Kalapani and Susta were disputed territories at that time.

After the partition of the Subcontinent, a new treaty was signed between India and Nepal in 1950. India has been controlling the Kalapani territory since the Sino-India war of 1962. Tensions were high in the 1980s as a blockade was imposed on a crucial crossing at the India-Nepal border. Nepal blamed India for it but India denied having a part in it. Tensions escalated to such an extent that India began a virtual economic blockade of Nepal which very negatively impacted the economy of Nepal. This blockade was lifted in 1990 and friendly relations were established again.

In 1995, the terms of the treaty of 1950 were reviewed. Tensions again intensified when an agreement for hydro-electric development of the Kali River was to be signed and both countries disputed on its origin. Nepal used a map of the British India Office from 1856 to support its claim. A water agreement was made between both countries in 2008. In 2015, Nepal objected to an agreement between India and China for trade through Kalapani, stating that Nepal had sovereign rights to the territory and should be consulted. In recent years, the change in Nepal’s domestic policies and increasing ties with China has caused relations with India to deteriorate.

On 8th May 2020, India inaugurated a road in the Himalayas to China, passing through the Kalapani area. Nepal protested this, stating that the area was in Nepal’s territory. Nepal cited the 1819 and 1894 British India maps, a 1904 letter written by then Prime Minister of Nepal, 1958 voter list, and 1961 census carried out by Nepal in the region. This caused an increase in support for Prime Minister Oli of Nepal, who was facing opposition beforehand, and conspiracy theorists suggest that it was a ploy by India to support the Prime Minister. It is also suggested that it might be a defence strategy in the ongoing dispute with China at Ladakh.

On 20th May, Nepal released a new map which included the Kalapani, Lipulekh, and Limphiyadhura. This was not accepted by India and it rejected the map completely. Nepal did not protest during the construction of the road which brings suspicion to their sudden interest in it. The Indian army chief, General MM Naravane has publicly said that Nepal has raised this issue “at the behest of” someone else, indicating China and Pakistan’s influence over Nepal’s sudden protest. However, both countries have kept quiet in the matter.

The indication of China’s involvement in this issue by India has affected the high tensions between India and China and the possibility of a war is increasing as time passes. If this war occurs, it will be a huge disaster as both countries are global powers in their own right and their differences have the ability to cause a third world war.

Nepal has invited India for democratic talks to solve this issue many times but the Indian government has yet to agree to it, saying that the pandemic is a more important matter. The Nepali government has stated that India could have talked with them through a video call and that they are deliberately ignoring the issue. Nepal has threatened to disband any trade with India until this issue is resolved. However, doing so would be more harmful to the economy of Nepal than to India as India constitutes about  65% of Nepal’s trade.

Pakistan has not commented on this matter other than the following tweets by Foreign Minister Shah Mahmood Qureshi.

No action is being taken on this issue and it is yet to be seen what solution can be agreed upon by both countries but amidst the COVID 19 pandemic, it seems unlikely that this border dispute will be solved in the near future.