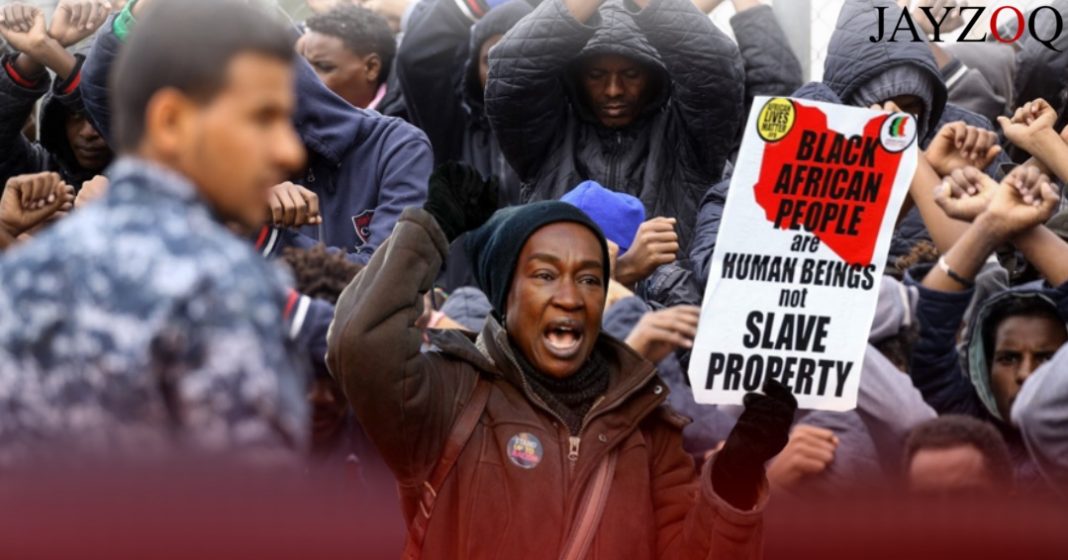 We all have witnessed the ‘zero tolerance’ policy of family separation that dwells at the Mexican border, however, across the Atlantic, another alarming migration crisis continues to grow and fester. Behind the gruesome headlines of drowning incidents in the Mediterranean Sea, migrants run a gauntlet of abuse through the Sahara desert in order to reach the Libyan coast. Terrorists and armed militias have been ruthlessly smuggling people who were mercilessly displaced due to population threats, security wars, or severe climate conditions.

Leonard Doyle of the International Organization of Migration stated, “Modern-day slavery is widespread around the world and Libya is by no means unique… But what’s particularly shocking is that this is happening effectively in the open, where people can go to a farmhouse, place a bid and end up ‘owning’ a human being”.

In November 2017, CNN aired footage which revealed that African migrants were being sold at a slave auction, in a Libyan detention camp. This caused global outrage and the U.N Security Council rushed to condemn the “heinous abuses”.

Mahmud Abdelwaheed reported from a detention center in the Libyan capital, Tripoli, stating, “They [the refugees] are from several African countries and they say they have fled war, poverty, and unemployment in their countries… They have taken a tough journey through the desert and they have paid people smugglers to get to Libya to try to cross the Mediterranean to Europe. With the security and financial collapse in Libya, human trafficking and smuggling have become a booming trade”.

The detention centers are unsupervised and there have been stories reporting excruciating tales of torture, rape, and forced labor. People were allegedly sold off like goods in an open market, when the detention centers got overcrowded. The International Organization of Migration stated that it had become so normalized that people were being sold and bought in public for a trifling value of $400. The situation was so dire, that human beings were, and are, treated like mere commodities, open to sale for those floating in money.

In order to understand this crisis, it is crucial to understand its heart-wrenching history. The modern-day slave market was a result of the civil war of 2014, that took place in Libya causing, and still continues to cause, mass destruction and humanitarian crisis. Libya, an oil-rich country, has been in chaos since the Arab movement along with the NATO bombing(cited from Toppling Qaddafi: Libya and the Limits of Liberal Intervention)campaign that toppled Muammar Gaddafi, a Libyan revolutionary and politician, in 2011. Even though there were attempts to build a stable democratic state after Gaddafi’s regime ended, the country fell into a civil war between rival governments in 2014. Extremist groups, such as the Islamic State (ISIS) proliferated, leaving the country to become a lawless land, crowded with people from all over Africa who wanted to go to Europe.

Many foreign states intervened in Libya’s civil war making the situation far worse than it was, only to defend their own strategic and economic interests. The GNA was backed up by the UN and western countries. On the other hand, the LNA was supported by Russia, Egypt, and the UAE.

Due to the ongoing civil war and the collapse of the region, the slave trade isn’t being given the attention it should have received. In order to put a stop to this cruelty, there is an urgent need to stabilize the region, and that is only possible if the inner parties come to a concession. In order to eradicate slavery, it is essential to strengthen local organizations and protect the vulnerable committees from extremist militia groups. It is extremely crucial to educate the defenseless communities so they are aware of their inalienable rights. Organizing anti-slavery committees can serve as protection against human traffickers.

If we wish to put an end to this inhumane treatment, it is necessary that the international community puts its own self-interest to a side and works for the betterment of Libya. It is imperative for GNA and LNA to reach a consensus in order to rebuild Libya’s economy, education system, and health care. It is only then that we will be able to put a stop to the mass exploitation of African migrants.