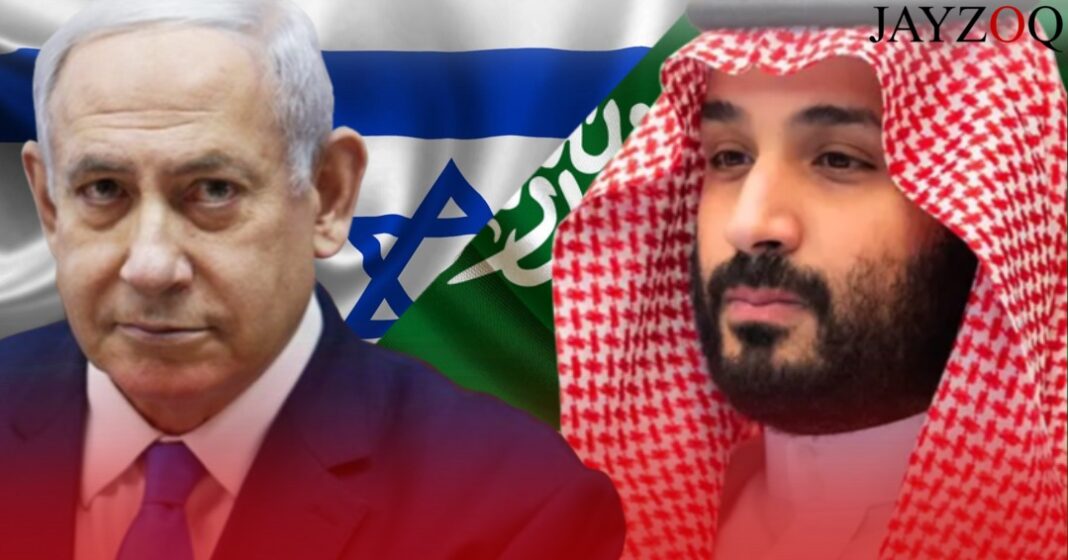 In the wake of recently heightened tensions between Palestinians and Israelis, a clearer image has come into view about which countries could be next to make peace with Israel. Increased speculations have been made of Saudia Arabia being the next country to normalize trade relations with Israel.

Saudi Arabia’s foreign minister says the kingdom envisages normalisation of ties with Israel in exchange for the creation of a Palestinian state within the 1967 borderlines [File: Ahmed Yosri/Reuters]

In the past decade, Israel has had a tacit partnership with this middle east neighbour, rapidly aligning their interest while maintaining a mainstream perception of rivalry. They’ve made contacts through back channels since Sheikh Kamal Adham’s time, when he led the Saudi General Intelligence Directorate from 1965 to 1979. Despite no diplomatic relations, KSA and Israel have recently been less vocal about their rivalry. Saudia Arabia is now allowing flights from Israel to UAE across its airspace.

When Muhammad bin Salman was sked by the US Magazine Atlantic about the Israelis’ right to exist in Palestinian land, he went on to say, “I believe that each people, anywhere, has a right to live in their peaceful nation. I believe the Palestinians and the Israelis have the right to have their own land. But we have to have a peace agreement to assure the stability for everyone and to have normal relations.”

One reason for this new found courage may be the merging of their interests. As the saying goes, my enemy’s enemy is my friend, the Kingdom is fighting Iranian backed forces in Yemen and has broken relations with Qatar. Analyzing this from Israel’s perspective brings us to the fact that Qatar has supported Hamas with financial support and diplomatic success and even hosted Hamas leader Khaled Mashaal in Doha. Israel also has shared interest in opposing Iran, making the Kingdom and Israel partners against Qatar and Iran. The Atlantic stated that the two countries at an event at the council of foreign relations in Washington said that they have been covertly conducting diplomacy to discuss Iran over a series of 5 meetings since 2014.

The Saudi-Israeli partnership experienced its turning point during the Hezbollah-Israel war of 2006, where Riyadh slammed Labanese Shi’a groups for acting against Israel. In 2018, Saudi Crown Prince Mohammad bin Salman told the Atlantic that “there are a lot of interests we share with Israel and if there is peace, there would be a lot of interest between Israel and the (GCC) countries.” In 2018, Mohammad bin Salman’s comments during a meeting with pro-Israeli leaders was leaked; he allegedly said, “it’s about time the Palestinians take the proposals and agree to come to the negotiations table or shut up and stop complaining.”

In early 2019, another alleged video footage from the Warsaw Mideast Summit was leaked from Israeli Prime Minister Benjamin Netanhyu’s office in which the Kingdom and other GCC states’ foreign ministers could be seen openly agreeing to Israel’s right of self defence while blatantly declaring the Palestinian cause an inferior issue to confronting Iran. Back in 2002, Saudis also pushed for the Arab Peace Initiative which called for the Israeli withdrawal from lands it occupied in the war of 1967 in turn for the recognition from Arab states.

Normalization of Israel-Saudi relations, though seemingly unlikely, may not be a blow when, or if, they come about in the near future. A gradual process of warming has been underway. Egypt and Jordan already have well established diplomatic relations with Israel brokered and mediated by KSA itself.

However, progress on the Palestinian front is still crucial to any open diplomatic relations between the two. King Salman, in a telephone call with Donal Trump, once again declared the Kingdom’s support for the Palestinian right to an independant state with Jerusalam as its capital. Furthermore, when speculations of diplomatic relations heightened, despite lack of freedom of speech in both KSA and UAE the hashtag “Gulfis_Against_Normalization ” was trending making the stance of their nations crystal clear. Saudia Arabia will not only be facing opposition from its people but Muslims all over the world as it hosts Islam’s two holiest sights, and persecution of Palestinians is an open fact.

Another point to be noted is the difference is the difference in vision of King Salman and Muhammad bin Salman. Muhammad bin Salman seeks to revolutionize the Kingdom, with new reforms and higher level of freedom. To achieve his goals and work for his ambitions, he needs to be in a region of peace. However, Israeli-Saudi peace neither guarantees peace in the Middle east, nor liberated mindsets in KSA. Prince Faisan bin Farhan also said, “The Kingdom’s firm position toward the Palestinian cause and the Palestinian people will not change by allowing flights to and from UAE to pass through Saudi airspace.”

The scales of Israel-Saudi relations are certainly tipping towards diplomatic ties as we progress towards the future, but the hurdles cannot be ignored. Muhammad bin Salman’s vision depends on peace in the region, but that peace does not depend on him. Openly friendly relations between the two states largely depend on how the Palestinian and Israel situation continues. Even if success in peace serves KSA unlimited benefits, it cannot openly declare diplomatic ties due to being the Guardian of the two holy sights as such declaration will lead to immense unrest in the Muslim world until and unless Palestinians are granted their inherent right to independance.

Although no mutual diplomatic agreement between Israel and KSA may lead to further strengthening of Iran, that will not only be a point of concern for Israel and the Kingdom but also USA; in such a case the pressure for diplomatic relations may not just be internal. The future of Saudi-Israel relations remains shrouded in mystery but speculations of the cloud lifting on all the back door diplomacy increases by the day.