Jayzoq
Home Business Israeli goods you should be boycotting 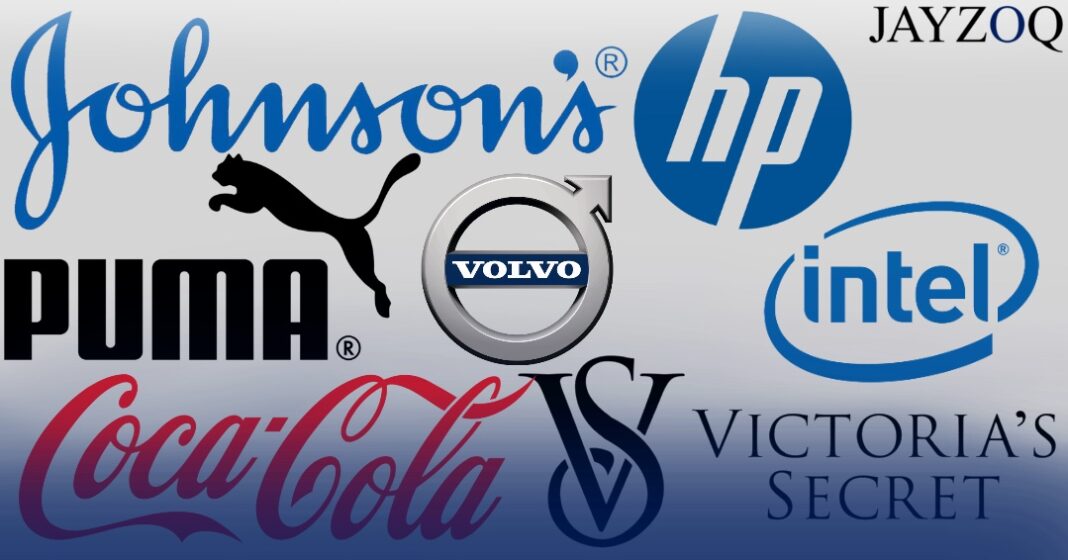 On May 7 and 10, Israeli forces stormed Al Aqsa Mosque in Jerusalem and unleashed tear gas, stun grenades, and rubber-tipped bullets on Palestinian worshippers. Palestinians stayed at the Mosque for their evening prayers to protest Israel’s plans to forcefully evict more than 200 Palestinians from their homes in the Sheikh Jarrah neighbourhood in East Jerusalem. Due to this ethnic cleansing, more than 3,000 Palestinians were hospitalized this week, with at least 122 announced dead, with the sole survivor being a 2- month old baby. This violence that has flared up in Jerusalem is the peak of the rising tensions and protests in the colonialism of Jerusalem by Israel.

The whole situation is absolutely devastating because people are losing their loved ones and innocent lives are being murdered as the situation escalates. It makes you wonder how you can play an active part in helping Palestine.

The United States has been a strong supporter of Israel and they have expressed its support through the $3.8 billion in foreign military aid every year. Moreover, they also assist Israel through economic assistance which allows their free-market economy to thrive and assist their military plans. Joe Biden has since then, approved $735 million in weapons for sale to Israel. This aid allows Israel to condone systematic racism, settler colonialism, ethnic cleansing, apartheid, theft and occupation of land, and murder. Israel continues to reject the human rights group’s request to declare it unlawful for soldiers to shoot at unarmed civilians.

In 2005, over 170 Palestinian organizations issued a plan to the international community to implement the boycott and divestment initiatives (BDS). This would allow Palestinians to stop the human right abuses from the Israeli government. Since then, this call has been supported by unions, academics, political parties, cultural groups, and civil society organizations. You can sign this petition to support the boycott of Pillsbury (one of the largest producers of food items) so that the company stops its production on the illegal Israeli settlement in the Palestinian territory.

There are several brands that consumers should choose to boycott in order to stop assisting Israel’s economy. BDS supporters have highlighted McDonald’s for its partnership with the Jewish United Fund, which promotes travel to Kiryat Gat, a city built on top of a destroyed Palestinian village. However, McDonald’s has since stopped engaging in the activity that resulted in their boycott and has fallen in the lower priority of the goods that you should be boycotting.

Hewlett-Packard, better known as HP, produces printers and computers. They have been involved in biometric technology at Israeli checkpoints and Israeli identification cards. Furthermore, BDS has criticized them for using service providers in Israeli settlements.

Intel has played a major financial role in helping Israel through investments of around $10 billion and it has benefitted from more than $1 billion in Israeli government grants. Intel has its processors in around 80% of the world’s computers and they have invested $2.7 billion to upgrade its plants in Kiryat Gat which works on its new chips to make them better. Despite Al- Awda (The Palestinian Right to Return Coalition) calling out Intel to close their plants, they have chosen not to act on it and have continued their work on the site of former Palestinian villages, Iraq al-Manshiya and Faluja.

Volvo Group of Sweden is another brand highlighted by the BDS for supplying equipment, like bulldozers to remove Palestinian houses. Volvo has a 27% stake in Merkavim Transportation Technologies Ltd. whose buses are used to transport Palestinian prisoners to and from Israeli jails. However, the Volvo Group does not apply to the Volvo cars. Additionally, the Israeli army uses Caterpillar Inc. machinery, specifically, the D9 armoured bulldozers that are used to evict Palestinian families from their homes.

One of the most popular lingerie companies, Victoria’s Secret is a major client of Delta Galil which is a textile industry that operates on the West Bank in the industrial zone of Barkan and there are several settlements at Ma’ale Adumim. The company has set its headquarters at Galilee, which was a region usurped by Israel from Palestine.

Pampers by Procter & Gamble has very close ties to Israel’s economy. Pampers is one of the largest clients of Avgol Nonwoven Industries and P&G is responsible for almost half of the company’s sales. Avgol owns a plant in the Barkan industrial complex, located on the West Bank of another Israeli occupied territory, Ari’el. Moreover, Johnson and Johnson (baby products) bought Biosense, an Israeli company, for $400 million. In 1998, Israel prime minister, Netanyahu awarded Roger S. Fine (corporate vice president and general counsel of J&J) with the Jubliee award, which is regarded as the highest tribute award in Israel. This strengthened their ties in investments and trade relationships and have done the most to support Israel’s economy.

Nestle is responsible for producing a very wide variety of goods, has investments with the Osem Group. Osem and Nestle work in a partnership to produce goods domestically and internationally and Nestle currently operates 51% of the shares in Osem. This contributes to Israel’s economy. Nestle also plans to invest millions of dollars in the research and development centre in Israel which will only further strengthen the Israeli economy. Their products include, but aren’t limited to:

Nestle also works with L’Oreal and owns 23.29% of the company. In July 2014, Garnier Israel (a L’Oreal brand) sent the women in the Israeli army ‘care packages’ when Israel was practising military aggression against Gaza. The gesture, although considerate, can be seen as morally incorrect.

Since 1966, Coca-Cola has been a dedicated supporter of Israel. In 1997 the Government of Israel Economic Mission gave Coca-Cola the honour for its support of 30 years at the Israel Trade Dinner. The company refused to follow the Arab League boycott of Israel. The company funds the American-Israel Chamber of Commerce every year and is regarding as one of the companies that have done the most to contribute to Israel’s economy.

Nestle and Coca-Cola belong on every boycott list, not just because they support Israel but also because of several human rights violations. Coca-Cola has even gone so far as to murdering union leaders. Both companies steal water supply and create a shortage of it in regions that already have a scarce supply.

The Israeli Football Association (IFA) functions, much like the other brands mentioned, in illegal settlements on Palestinian land. Puma is one of the world’s most leading brands in terms of athletic gear therefore them sponsoring IFA makes them an implication in the crimes by Isreal against Palestine. Puma gets its exclusive licence from Delta Galil industries as well and that industry has been highlighted by the UN for operating in illegal settlements.

Howard Schultz is one of America’s well-recognized businessman because of his position as the chairman and chief executive officer at Starbucks. He is an active zionist and in 1998, was honoured by the Jerusalem Fund of Aish HaTorah with “The Israel 50th Anniversary Friend of Zion Tribute Award” because of his service for the Zionist state. He played “ a key role in promoting close alliance between the United States and Israel.” The funds from the Jerusalem Fund go to the Israeli army fairs which are chaired by General Shaul Mofaz (who created chaos in the Palestinian city, Jenin) and the Zionist propaganda. Israel’s foreign minister regards the General’s work as highly important for the country’s long-term PR success.

Marks & Spencer has been supporting Zionism since it came into being. Marcus Sieff, the chairman, has stated that one of the company’s objectives is to aid the economic development of Israel. The firm supports Israel with approximately $233 million in trade value every year.

Pakistanis do not need to worry about “Israeli products” because Pakistan does not recognize Israel as a country and does not trade with them. Moreover, BDS makes it clear that making false lists can damage the purpose of the movement and can be damaging to your own country. Barcodes starting with 729 are mostly highlighted as goods from Israel but cannot always be true. Therefore, to double-check this you can look for the “Made in Israel” label on the good.

All of these brands are contributing to Israel’s economy and most of them are operating their factories or industries on land that rightfully belongs to the Palestinians. These goods help Israel fund its military which allows them to use their power in oppressing the people living in Palestine and forcefully making them leave their homes. We’re privileged enough to sit in our homes amidst this pandemic and we can take a break from social media because watching the news can become overwhelming and tiring, but imagine how tired the people of Palestine are from facing this oppression for years now. Imagine not having the freedom of identity or always having to live under the fear that someone might force you to leave your own home. The least we can do is spread awareness till they are served the justice that they deserve and boycott goods that support Israel’s economy.

Note: The brands covered in this article are the popular ones that most of us indulge in buying from. Linked below are some posts that you can read to find out more info about these brands and other brands that support Israel.

1- Brands you should boycott

2- How you can help Palestine if you’re in Pakistan

The Rise of Atta Tarars in oligarchies