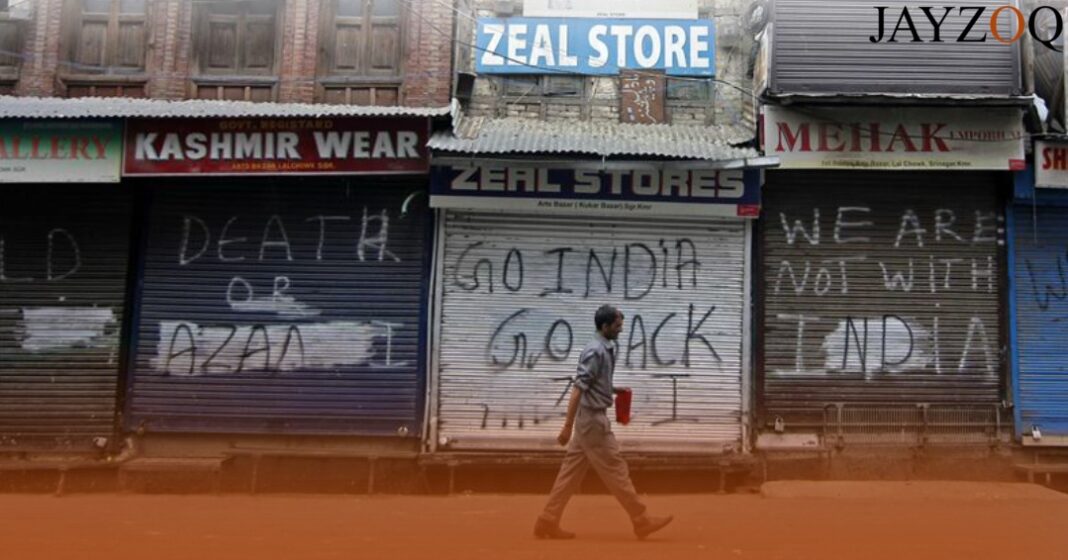 It has been approximately 400 days since the fascist government of India revoked the special constitutional status of the land of Kashmir and imposed inhumane curfews with little to no communication with the outside world for the Kashmiri people. Although not much has been said on an international platform to criticize or condemn the atrocities being committed, there is one country which has not backed down from the diplomatic struggle and continues to speak negatively about Prime Minister Modi’s decision. It should be applauded that despite having a self-invested past of taking not-so-moral public stances on a global level, Pakistan is that one country.

Let’s see why Pakistan has still failed to achieve anything substantial despite sticking to this stance for more than seventy years now. Actions speak louder than emotional speeches. The crux of the matter is that Pakistan continues to do the same things that its neighbor does, albeit with different people, and then pretends to take the moral high ground when it comes to Kashmir. If it isn’t clear enough yet, this article intends to talk about the mistreatment of religious, ethnic as well as racial minorities living within the Islamic Republic of Pakistan.

Now that we have cleared that up, let us start with Balochistan.

Despite being the largest province of Pakistan, in terms of area, and housing almost 80 percent of the country’s mineral resources, Balochistan is grossly neglected by the federal government in Islamabad. For more than fifty years, there were no major developments being made to take advantage of the untapped potential in the area. It was only after the foundation of CPEC was laid, that attention was turned to the deep sea port of Gwadar and how it could be utilized to maximize the usage of trade routes through Pakistan for the land-locked countries in Central Asia as well as some in Eastern Europe. However, economic development aside, the Pakistani government or the military establishment that have ruled over the country for seventy three years now, have committed some terrible atrocities against the innocent people of the area. Reports of missing persons who get picked up for having ‘powerful’ opinions get filed almost every day and the sort of vigilantism you would expect from a police state, continues to this day. The only crime these people have presumably committed is speaking up for their families and their province as a whole. It is high time that someone in the parliament of Pakistan stood up and demanded proper rights for the Balochis without any concessions whatsoever.

Although Sindh and Khyber Pakhtunkhwa are also not being focussed on enough as every government which settles down in Islamabad after the general elections keeps its focus fixed on the major voting bank of Punjab and the only so-called work done over the five year term is only to appease the Punjabis and secure another term in the assembly, they are still better off than the unfortunate people of Balochistan. It is important to mention here that the capital of Sindh also needs a lot of work and the people of KPK are getting more furious day by day as their demands go unnoticed.

Now that we have somewhat dealt with the problems of the provinces, mainly focussing on Balochistan, let us move on to the religious minorities. Pakistan was created to provide a safe space for Muslims to practice their religion without oversight by the British or the Hindus. However, it was also stated that people who decided to stay in the land of Pakistan or immigrate here from India would be treated equally, irrespective of their caste, creed, colour or religion. A little under ten years after that, they had already lost their framework as they had changed their name to the ‘Islamic Republic of Pakistan’ thereby constituting that the nation was founded only for Muslims to live freely and no other religious minority could gain equal status as them.

The governments which followed after that change held their policies true to that name and kept proposing policies which would mitigate minority rights and enhance the status of the Sunni Muslims who enjoy the majority in the population as well as the parliament to this day. In 1974, the people of the Ahmaddiya community were declared to be non-Muslims even though they considered themselves to be a part of the Muslim community. Therefore, to this date, Ahmadis are targeted and persecuted unnecessarily only on the basis of the ideology they believe in. It is even more saddening to discover how the Christian community is dealt with. From institutional biases to straight up killing people, the Pakistani Muslim population follows along the lines of its government and leaves no room for these people to breathe, literally and metaphorically. From a significant twenty-three percent of the Pakistani population, the years were not kind to these people, who now constitute only three percent of the Pakistani community.

When stories about abducted Balochis and murdered Ahmadis surface, one can only hope that Pakistan does not go further down the wrong path and dampen its own efforts which it has so valiantly made for Kashmir. For the record, that also includes the Prime Minister, Imran Khan, making a rhetorical speech in the United Nations General Assembly.