Jayzoq
Home The Social Compass Manto and his Imperfect World: An Ideal worth Considering 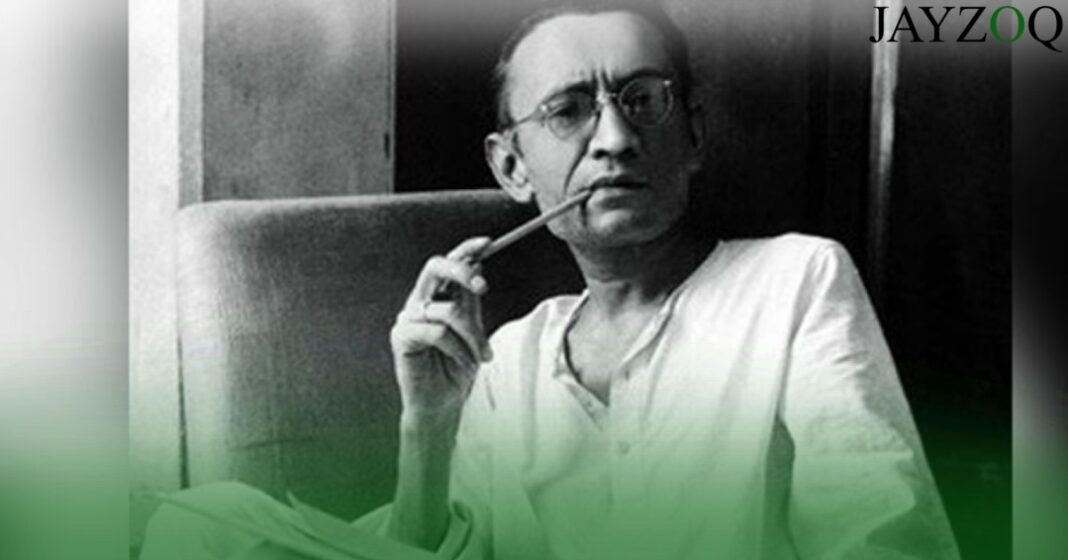 In the great words of the man himself, here is what he wanted to have inscribed on his tombstone:

“In the name of God, the Compassionate, the Merciful

Here lies Saadat Hasan Manto and with him lie buried all the secrets and mysteries of the art of short-story writing….

Under tons of earth he lies, still wondering who among the two is the greater short-story writer: God or He.”

Manto in his trademark style

Saadat Hassan Manto, arguably one of the greatest writers in the history of the sub continent, lived a short, yet adventurous, life. During his short stay in this world – just 43 years – he had to endure multiple court cases against his controversial writing as well as a general exclusion from the Literary Association of the time. Faiz Ahmed Faiz, the president of the association at the time, went as far as to say that Manto’s work could not even be considered as a valuable part of literature.

As a Muslim writer living in Bombay until the partition of the sub-continent and even some time after it, he used to remain worried about his family’s safety. In late 1948, he migrated to Lahore, on the Pakistani side of the border, with his wife and daughters. He wrote about the numerous struggles of the mass migration which took place: human rights atrocities and targeted mass killings in both countries, and of both Hindus and Muslims. Less of a commercial writer and more of a progressive one, he wrote about the stuff which mattered to him and what he thought, should be given more attention on a national or even global level.

Manto’s most famous works include short novels like Toba Tek Singh, Thanda Gosht, Khol Do and Boo among many others. Some of his work was even published posthumously hence adding to the fact that he never wrote for fame or money. One of these novels – Thanda Gosht – faced an allegation of containing profane content, a case which was presented in a municipal court of Lahore. A rigorous case was fought, after which he was found guilty but was allowed to walk after a fine and warning. Many supposedly great writers of the time testified against him, including editors of some magazines which greatly disappointed him. When Faiz Ahmed Faiz was called to adjudge whether the content was profane or not, he replied in the negative, but added that it was not even worthy enough to be called literature. Manto was especially distraught after hearing this, and went as far as to say that it would have been better if he had called the content profane.

To elaborate on the quote at the start of this piece, Manto had always struggled with the concept of a divine entity. He disagreed with clerics on numerous matters and used to take an extremely secular approach towards most issues. He said these words in anguish when he was disappointed after seeing the egregious human rights violations around the events of the partition, and wondered why God, if such an entity existed, would let these things happen.

Moving on to another novel of his – Toba Tek Singh – it was published after his death, and is said to have been written while he was in a mental asylum during his last days. Due to his excessive alcohol drinking, he could no longer support his family and was shifted to an asylum. The novel, however, was about a man in the same asylum who wanted to go to Toba Tek Singh. In 1955, when Pakistan and India finally got around to migrating the mentally challenged persons as well, an Indian van arrived at this asylum to take the people who were initially Indian. This man went with them, because he had said to the authorities that he wanted to go back to his city. However, when the van reached the border, he asked the Indian soldier about Toba Tek Singh, to which he replied that the city he’s talking about is in Pakistan and pushed him back. He went to the Pakistani soldiers and they replied the opposite. The confusion being that Toba Tek Singh was actually an area through which the border had crossed and it had been divided into two, hence it was on both sides of the border.

Saadat Hasan Manto is considered to be a great writer but the sad truth is that he wasn’t appreciated in the time he actually lived in. Had Manto’s stories touched more hearts back then, one wonders what might have happened.

Many references have been taken from the Bollywood movie on Manto, starring Nawazuddin Siddiqui.

Balochistan’s Past: A Tale of Blood and Misery