Jayzoq
Home Business McDonald’s Sources of Income: It’s not what it seems 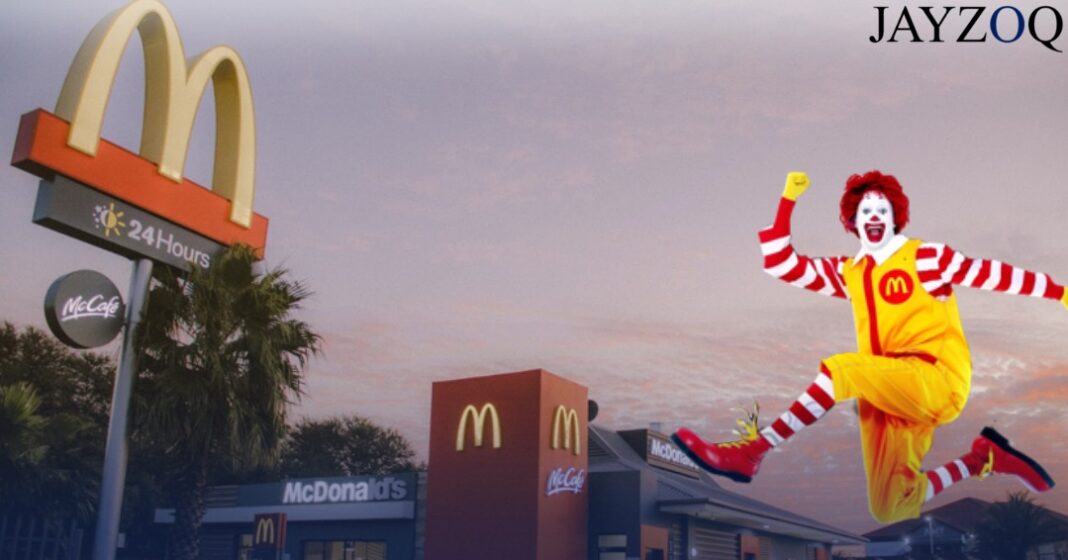 McDonald’s is the second biggest fast-food chain on the planet with over 30,000 franchises throughout the world, and an annual revenue of about 21 billion USD, in 2019 alone. This fast-food chain does not earn the entirety of their income by just selling hamburgers (although that has gained them an unparalleled popularity and an overwhelming monopoly over hamburgers).

From a small restaurant in San Bernardino, California, McDonald’s became not only one of the most recognizable brands of all time but it also maintained a substantial presence throughout the world. A question remains though, how does this fast-food chain earn all of its money?

When I was a kid, every Saturday I used to force my parents to take me to McDonald’s, so I could satisfy my Happy Meal cravings. Similarly, my brother aided me by persuading my parents, because of his obsession with the Big Mac and the glass of Coca Cola that accompanied it.

In the 1930 drive-ins, McDonald’s used to feature rollerblade waiters and waitresses alongside a large menu which also included a steak. The customers, back then, had to wait for about 30 minutes to receive their orders. However, now, this self-servicing fast-food chain is where you can get your order in only 30 seconds. McDonald’s has gone through an entire evolution which has supported it in becoming one of the most successful businesses of all time.

Ray Kroc was an American businessman who used to sell spindled milkshake machines. This made him successful for a specific amount of time until one day his business came to a halt. However, soon, he received a call from a restaurant in San Bernardino, California named McDonald’s.

This was owned by two brothers Dick and Mac McDonald, who ordered about eight milkshake machines. Kroc, an opportunist, was immensely intrigued and flew to California to inspect the restaurant. Upon arriving, McDonald’s management, considering it had gained fame amongst a variety of ages, utterly impressed him. He noticed how not only children but their grandparents too, were enjoying the hamburgers, fries, and Coca Cola. Restaurants that were usually drive-ins only had popularity amongst teenagers which viewed them as hang-outs.

Witnessing many drawbacks and benefits along the way, Ray is the man who deserves the credit for assisting one of the largest fast-food chains in the world.

Moving on, let’s address this question, “How does McDonald’s really make money?”

If you assume they do so by selling Big Macs, your beloved Mc nuggets, or a plethora of other food items, then you are without a doubt, mistaken. That is not only how their business model works.

McDonalds has Multiple Streams of Income:

1) Business in a Box

Some people like to call this a franchising business; I prefer “business in a box.” It’s a turn-key, walk-in and ready to go situation. You pay for the McDonald’s brand name, which already has a mass appeal. Mcdonald’s requires at least a minimum of $500,000 liquid capital in order to be considered as a potential franchise owner. Along with that, start-up costs  average around 1-2.2 million dollars, according to Business Insider. They require franchisees to pay 40% of that with cash and other non-borrowed resources, while they can finance the rest. Other than that, McDonald’s charges a hefty $45,000 franchise fee and a monthly royalty of 4% on total gross sales. They sell franchisees the business; they earn money upfront.

McDonald’s owns some of the most expensive real estate in the world, we all know that. They come in, buy the property, and build the restaurant. The franchisee comes to them and PAYS them to lease the property. According to data, 93% of all of McDonald’s restaurants are franchised throughout the world. Now, you can imagine the steady stream of rental income they receive, every month, on top of the royalty. The franchisee is forced to be a tenant if they want to run a McDonald’s business. They lease the franchisee property and hence, earn monthly.

3) One of the Largest Suppliers of Wholesale

McDonald’s is not a part of retail; they are smarter than that because retail is rather expensive. Have you ever wondered why they have a strict protocol for the franchisee about the food, napkins, straws, and all such items? And why is the franchisee not allowed to buy these items from a third source? All products which are to be sold under the name of McDonald’s must be bought from their suppliers. That is the rule. This is where this fast-food chain receives most of its income. McDonalds currently receives around 68 million customers per day (that’s 1% of the world’s population!) Imagine the amount of food, straws, napkins, ketchup and other products that they provide to the franchisee daily basis! If some calculations are done, and I’m not that great at maths, that’s quite a lot. McDonald’s is not just a fast-food restaurant or a real-estate business, they have strong footholds in the wholesale market.

So, the next time you’re about to pay for your McNuggets, pat yourself on the back because now you know that McDonald’s does not only rely on that, as their source of income.

Americans and the Metric System: (Not) A Better Love Story than...