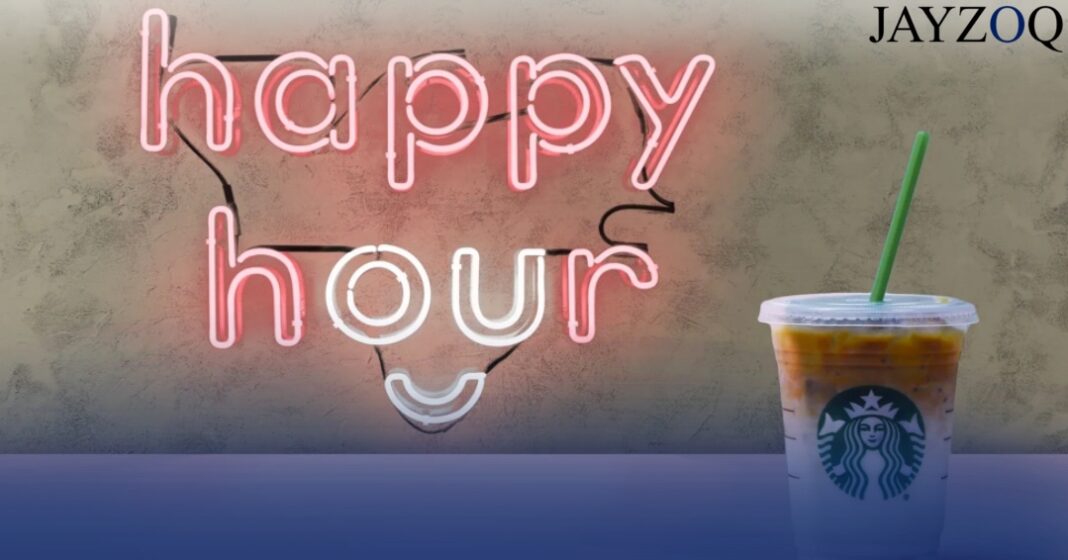 Remember when you would wander through the streets on a random Thursday evening and suddenly find yourself in a Starbucks cafe acquiring the buy one, get one happy hour deal. This Holiday season, however,  that seems like a possibility that won’t occur any time soon as Starbucks is canceling its happy-hour deal until 2021.

The happy hour deal is an offer that is typically held on a select Thursday each month. You get a buy one get one free offer through this deal and are instantly notified as alerts are sent out via the Starbucks app as soon as it begins. During December 2019, Starbucks had four happy hour events and above 1000 pop-up parties in its restaurants during the last few days of the month.

The Starbucks workers have been sending complaints about the deal for several weeks. They believe that the crowd resulting from the offer puts health at risk by increasing chances of contact with infected patients. Around 54,000 workers or more have been reported to sign a petition on Coworker.org that appeals to stop the Happy Hour events and cancel them for the remaining year.

“A lot of us are going crazy over it, no matter what store you’re from,” Jay Josef, who has worked at Starbucks for nine years, told Business Insider in November.

“The dishes just pile up,” he added.

While many chains continue to grapple with the Pandemic (yes, we are talking about Taco Bell) despite receiving backlash, Starbucks’ decision to call off happy hours has resulted in the easing of tensions as the gap between deals and safety begins to fill.

A Starbucks representative had said that the chain planned on moving towards safer options such as ‘Double Star Days’ and would continue to monitor the situation and reassess plans accordingly.

“We will always prioritize your safety and in this moment, we all have a role and responsibility — as Starbucks partners — to protect each other, our customers and our business as we navigate this pandemic,” Rossann Williams, the head of Starbucks’ stores in US and Canada, wrote in a December 1 letter to employees.

Moreover, the famous coffee firm has been forced to make a number of changes due to COVID-19. The company’s CEO, Kevin Johnson, released a statement stating that the company planned to have all workers make at least $15 an hour within the next two to three years.

On Wednesday, Johnson had sent a letter to Congress that demanded: “ immediate bipartisan action to pass new COVID relief legislation”. In his letter, he also highlights the investments that Starbucks had made during the pandemic. The company seems to have more than thirty percent investments and their U.S retail partners are at $15 per hour or more. It hopes to continue to follow the same route at $15 per hour or above during the upcoming years.

“Navigating this pandemic is intertwined with ensuring American prosperity; both must be addressed in tandem,” Johnson wrote.

In addition, Business Insider has reported that a petition has been signed by at least 10,000 Starbucks workers who have called the company out to raise its minimum pay to $15, especially during the pandemic. “If we’re labeled as essential workers, we should get paid essential,” Jay Josef, who has worked at Starbucks for nine years. “That’s why [we want] a $15 minimum wage increase.”

Another source of interest has been the Starbucks drive-thru. The day after the company decided to invest even more in its drive-thru business, a surprise deal was released; Starbucks decided to giveaways peppermint Mocha air fresheners. The air fresheners available were told to be as supplies last (only at stores with a drive-thru) and came with a QR code to a custom Starbucks holiday playlist.

During the pandemic, the company seems to belong to only a few that are keeping up with it and continuing to adjust policies according to the situation.