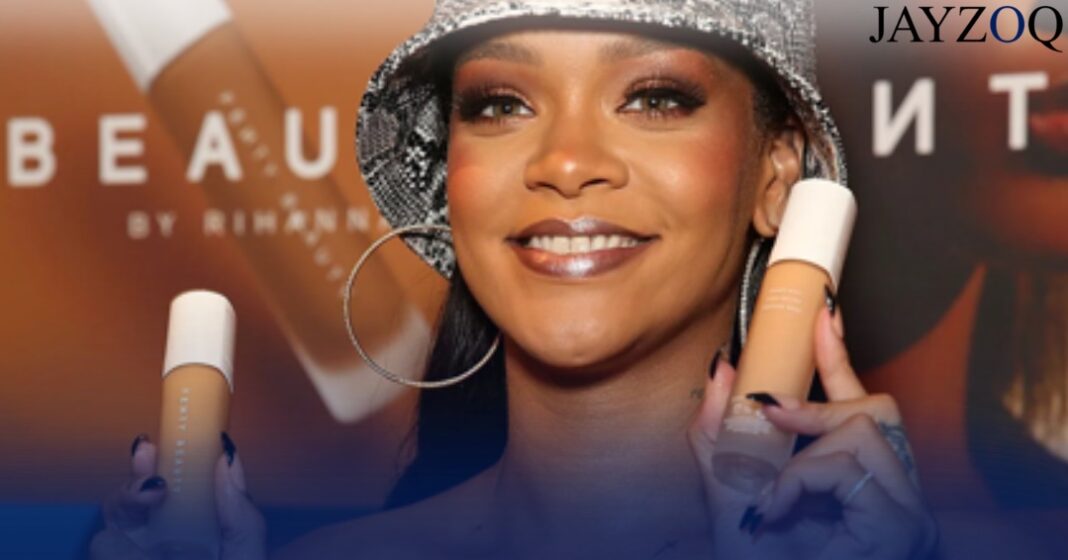 Rihanna is officially a billionaire! Forbes has estimated the net worth of the billionaire to be around $1.7 billion, making her the world’s wealthiest musician and second wealthiest entertainer (after Oprah Winfrey). In any case, it’s not her music that has made her so well off. The heft of her fortune (an expected $1.4 billion) comes from the worth of Fenty Beauty. A large part of the rest lies in her stake in her lingerie line, Savage x Fenty, worth an expected $270 million, and her income from her career as a chart-topping musician and actress.

Robyn Rihanna Fenty was born in Saint Michael, Barbados.Throughout her childhood, she experienced her father’s addiction with drugs and the family’s struggle with money. Nevertheless, Rihanna developed interest and love for music and would often sing with two of her friends. Rihanna’s ambition was what led the friend group auditioning to famous music producer, Evan Rogers. Rogers was impressed with Rihanna’s voice and her barbadian beauty. He went on to help produce Riri’s first album “Music of the Sun” when she was only sixteen. Her single “Pon de Replay” became a big hit and happened to be number 2 on the Billboard Hot 100 chart – a notable coup for an emerging artist. Rihanna became one of the top musicians in the industry and released megahits like “Umbrella”, “We found love”, “Love the way you lie” and “What’s my name?”

Rihanna starts her own fashion and cosmetics empire

Fanning the flames of success, Rihanna launched her beauty line “Fenty Beauty” in September 2017. Co-owned by French group LVMH, the chain behind Louis Vuitton, Dior, Tiffany and Co, Sephora and Fendi. Fenty Beauty launched under LVMH’s beauty incubator, Kendo. Kendo is a program which helps create products that can be sold at Sephora. Kendo invested about $35 million in the venture. Fenty Beauty is 50% owned by Rihanna and the rest is owned by LVMH, the brand essentially soared to popularity overnight.

Fenty Beauty started something no other brand did and their first step led to the emergence of more celebrity makeup lines, for example: KKW beauty by Kim Kardashian, Kylie Cosmetics by Kylie Jenner, and Rare beauty by Selena Gomez. People of darker skin tones always struggled with finding makeup for their skin, Fenty Beauty introduced 40 shades of foundation which immediately led to people liking the diversity of the brand. Makeup in darker shades completely sold out after the initial release of the brand, this showed that a whole community was deprived of cosmetics because of their different skin colour. Fenty Beauty helped Rihanna connect with her fans on a whole new level.

After Rihanna’s influence in the makeup industry, she went on to introduce her own lingerie line: Savage x Fenty, in 2018. Fenty introduced lingerie for people of all sizes, colours and body shapes. This was huge considering that the brand’s nemesis: Victoria’s Secret is known to showcase models of thin body types with a tall figure only, the company has been quite controversial in this aspect. Fenty helped everyone feel “included” with their range of different products and became successful in the industry. Savage x Fenty progressed to earn $150 million annually. Rihanna also became the first black woman to lead a brand in LVMH. Riri went on to introduce her own fashion line and plans to start her own furniture and perfume line.
Rihanna’s efforts to make everyone feel included and loved is what helped her in expanding her brand. She never neglects to underline how significant it is for everybody to discover happiness inside themselves. Applying this way of thinking to her own life is essential for what makes her plans impressive. Her long lasting adoration for beauty and cosmetics drove her to make Fenty Beauty and her design lines. Many would agree that Rihanna is an incredible source of motivation, for accomplishing objectives and confiding in yourself, particularly for youthful individuals of color. She proved that your current circumstances don’t  need to impact the remainder of your life and that you’re continually developing and advancing.