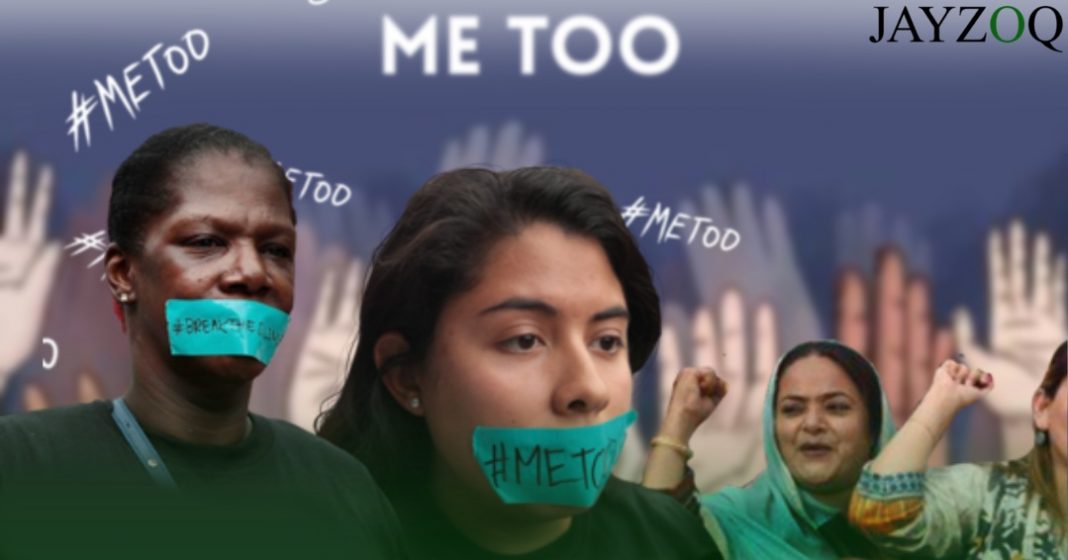 The sun cast a shadow on the beautiful morning, signifying it had pressed play for another day. In my dream, I danced to the melody of my alarm, still in denial for having to wake up before the birds had started singing in celebration of the sunrise. The aroma of freshly made parathas filtered through the air. The image of Ammi Jaan frowning at me, from the kitchen in the distance, felt like a hallucination, except, it wasn’t. I rushed to get ready for the first day at my new school, excited for new beginnings. After modeling my new uniform for my parents, I headed to school. My face, lit as bright as my mother’s phone screen, soon wilted like a plasmolyzed flower at the comments passed by my teacher. Even though her subject was English, she taught me what society deems to be the perfect length of my socks. Apparently, their purpose was to prevent the sight of the skin on my legs, showing below my skirt, at the age of six.

For ages now, men, but mostly women, have suffered at the hands of schools run by patrons of patriarchy. Objectification, sexism, and machismo was, and is, considered a normal subject of discussion over the afternoon tea in breaktime. I guess misogyny is a full-time job, considering even the break was consumed in its memory. The harassment and abuse incidents in schools are not recent news to the ‘activists’ that jump on the bandwagon for mere clout and praise. These cases date back to as long as women and men have existed, however, just recently the city of Lahore rocked a wave of uproar at the sickening reality of the predatory behavior of the most ‘elite’ schools of Pakistan. I wonder if the amount of fee they require, as capitalism pulls their strings, is what makes them ‘elite’, contrary to the idea of their exceptional studies.

Multiple students, the majority of them being females, came forward with the stories they had carried in their hearts over the course of their lives. A myriad of heart-wrenching experiences exposed the patterns of harassment followed by teachers and professors, which had existed right under the eyes of the administration. Social media platforms acted as the medium for the influx of information, and the flow of corroborations, giving rise to a storm of protests. Students that belonged to various institutions all united hands to raise their voices and get the long-overdue justice.

Meanwhile, the schools in question drafted statements addressed to its alumni and current students. After meaningful discourse, and upswing of concerns raised by students, schools like LGS, Lacas, Lahore Alma, etc, terminated contracts of the teachers who had a history of inappropriate sexual advances. Screenshots of the text messages and pictures sent by the teachers circulated as evidence of the horrendous occurrences.

It is important to notice that these abhorrent circumstances are not specific to a certain region, rather, they are relevant to the entirety of the world. The stories of the students who came forward resonate with many who could not. People across borders, and beyond culture and religion, found this issue to be a matter of their hearts. This upheaval served as an inspiration to articulate the tales of unfairness practiced by private institutes.

It is exciting to see that the issues prevalent in our society are finally being taken seriously, however, this storm has raised multiple questions in the minds of the public. What triggered the sudden insurgence? Were these concerns dealt with under sufficient investigation? What are the appropriate steps to take in the future? Does the legal system sufficiently cater to these problems?

The answers to these questions are not ones that can be answered within the grasp of a few pages of this article. These issues are rather nuanced in nature, however, to simply put it, answering the question of why the French Revolution started in 1789, or why the Indian Uprising of 1857 took the subcontinent by a tornado, should answer the above-mentioned question as well. An active volcano is bound to erupt someday.

The real issue in question is the fear that the actions took to put out the burning fire were inadequate. The reason for this simply is the fact that the accused teachers were fired without any prior investigation. This not only goes to show that this move was a mere repute saving tactic by the schools but also highlights that it does not put an end to the problems in the long run. When the storm dies, and the fire is extinguished, people are likely to forget their crimes, allowing them to get reregistered in another school, as a teacher, a few years later. A proper investigation would have ensured paperwork as evidence of their inhumane practices.

Another dilemma the recent events have brought light to, is the question of what punishment such criminals serve will finally deem them legible to be forgiven. And whether they deserve to be forgiven, to begin with. Do they even have the potential to change? After all, the purpose of having a legal system in place is to ensure a decrease in crime rates. Rehabilitation has proven to be a trusted method in eliminating criminal activity, research in Scandinavian countries show. People argue that even after serving their sentence, the public holds the right to continue to condemn the abusers. Others rebut that even if they are not allowed back in schools, they deserve access to different jobs in order to feel accepted by society. It is only then that they can truly change.

The legal system may be lacking proper legislation and laws to protect the most vulnerable of our society, and the policies of schools might be insufficient for upholding accountability, but the conversation has started.

Uncertainty and Confusion: The Failure of Pakistan’s Education System