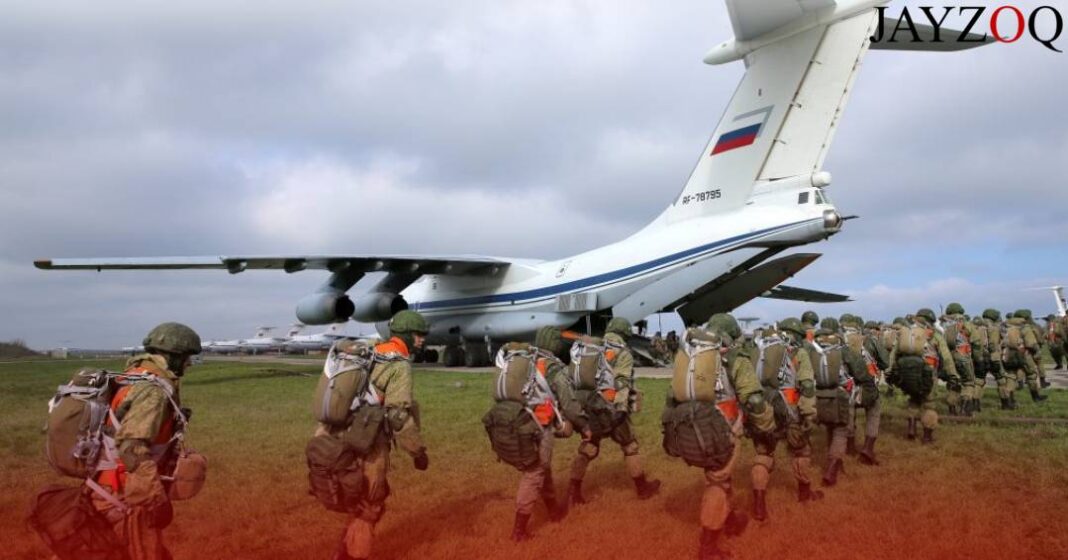 Russian military vehicles move during drills in Crimea on Thursday.

As Ukraine placed restrictions and lockdowns on public areas to control the spread of Covid-19, the tension on the border with Russia moved the country on the brink of a disaster. Throughout April, Fighting intensified in Ukraine’s Donetsk and Luhansk regions, where government forces have battled Russian-backed separatists since April 2014 after the rebels seized a piece of land. Meanwhile, Russia has accumulated tens of thousands of troops as well as tanks and artillery near the shared border in the region. Moscow has also deployed troops in the annexed Black Sea region of Crimea, which it seized from Ukraine in March 2014.

The Ruso-Ukranian war is an ongoing territorial conflict which started in February of 2014. The crisis in Ukraine began with protests in the capital city of Kiev in November 2013 against Ukrainian President Viktor Yanukovych’s decision to reject a deal for greater economic integration with the European Union. After a violent crackdown by state security forces unintentionally drew an even greater number of protesters and escalated the conflict, President Yanukovych fled the country in February 2014. In March 2014, Russian troops took control of Ukraine’s Crimean region, before formal annexation after Crimeans voted to join the Russian Federation in a disputed local referendum. When Russia seized Crimea in 2014, it immediately began deploying the S-400 there. It also built up its naval forces, placing submarines and ships with Kalibr cruise missiles capable of hitting targets 2,400km (1,500 miles) away.

As NATO, USA, Turkey, EU, Lithuania, Latvia and Estonia continued to show their support for Ukraine and demanded de-escalation before the matter got out of hand, Moscow has refused to change tactics, and blamed NATO and the US for turning Ukraine into a “powder keg” with increasing arms donations and aids to the country. Ukrainian President Volodymyr Zelenskyy visited Istanbul to mark the 10th anniversary of Ukraine’s strategic partnership with Turkey and confirmed support from his Black Sea neighbour. In January 2018, the United States imposed new sanctions on twenty-one individuals and nine companies tied to the conflict, and in July 2018 the Department of Defense announced an additional $200 million in defensive aid to Ukraine. Lithuanian Foreign Minister Gabrielius Landsbergis told reporters that “Ukraine will never be on its own”. “We stand with you, we stand in solidarity,” he continued. United States President Joe Biden used a first official phone call with Ukrainian President Volodymyr Zelenskyy to offer unwavering support in Ukraine’s standoff over Russian forces near its border. President Joe Biden also urged Russian President Vladimir Putin to “de-escalate tensions”. The European Union’s top diplomat warned that Russia’s military buildup on the Ukranian border could “spark” a larger conflict but said no new EU sanctions are being considered. EU foreign ministers emphasized on their full support for Ukraine’s sovereignty and territorial integrity, the bloc’s foreign policy chief said. “We urge Russia to de-escalate and to defuse tension,” Josep Borrell, a Spanish politician serving as High Representative of the European told reporters in Brussels, after a video conference of EU foreign ministers. Advisors to the leaders of France, Germany, Russia, and Ukraine have organized talks under the Normandy Format. On April 20, 2021, a Ukrainian statement on the talks said all sides reaffirmed commitments to reach a cease-fire in Eastern Ukraine.

Russia’s defense ministry ordered the withdrawal of some Russian forces near the Ukrainian border due to the pressure exerted by western Europe and the USA, a move that could help smooth tensions between the countries. Russian Defense Minister Sergei Shoigu said the buildup in the Crimea region was a successful test of military readiness and that troops will return to their regular positions by May 1. Shoigu also stated that “the objectives of the surprise check have been fully achieved.”  Although troops are being pulled back from Crimea, Moscow has also deployed forces near the so-called Donbas region in eastern Ukraine.

However, Russia still has about 100,000 soldiers deployed near its western border with Ukraine and in annexed Crimea despite Moscow announcing a military pullback last month. This further proves that despite efforts displayed by France, Germany and now the USA President Joe Biden for de-escalation and resolution of war, Ukraine should be preparing itself for the next escalation.

Russia’s show of power and dominance through such military exercises is a clear message to Ukraine, as well as the international community to not consider it as a threat to be dismissed over coffee. Such power dynamic differences make it very clear that the control of peace in the region lies in the hands of Russia.

Manto and his Imperfect World: An Ideal worth Considering

The Suppression of our Youth: Child Labour