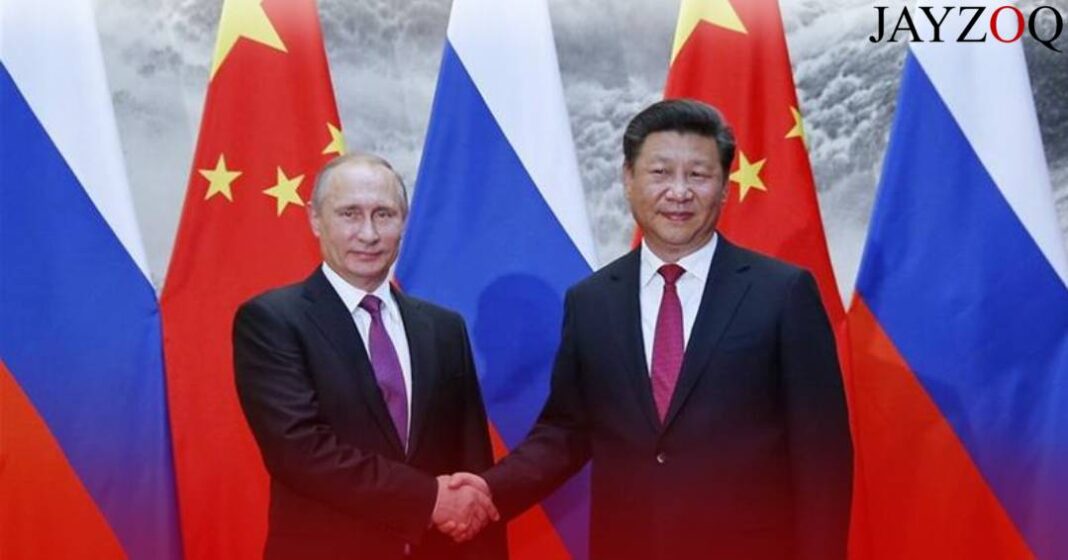 Russian President Vladimir Putin and his Chinese counterpart Xi Jinping enter a hall during a meeting at the Kremlin in Moscow on June 5, 2019.

The recent surge in Sino-Russian relations between the two superpowers is hard to miss, both for their allies and rivals. While a deep rooted crack has been made in the USA-China relationship, as both countries impose billions of dollars worth of tariffs on each other’s goods, the trade relations between China and Russia are blossoming. This dynamic is evident as the Chinese President Xi JinPing called Russian President Vladimir Putin his “best friend”, during a state visit to Russia.

The history of Sino-Russian relations has had a rocky start and only improved after dissolution of the Soviet Union and establishment of Russian federation in 1991. The main cause of this sour pill was the territorial dispute concentrated on exact border alignment within the Amur and Ussuri Rivers. This dispute worsened due to the persistent estrangement of Moscow and Beijing, along with contradictory interpretations of the treaty by both sides. Tensions escalated when Moscow refused to negotiate and exerted military force, which in turn was met by retaliation from Beijing. This friction lasted about 7 months, and was an undeclared military conflict. It later came to be known as the Sino-Soviety conflict. Serious tensions in March 1969 near Zhenbao Island on Ussuri river led to an almost all out war. However, a ceasefire was reached followed by a series of border agreements in 1991, 1994 and 2004.

In 2005, the full extent of Sino-Russian boundary was agreed upon, and since then both countries have enjoyed a period of peace and prosperity. President Xi also promised Putin that China was “ready to go hand in hand with you” and the leaders signed statements committing to “the development of strategic cooperation and comprehensive partnership” between their nations and “strengthening strategic stability (which) includes international issues of mutual interest, as well as issues of global strategic stability.” In addition, Russia is also seeking help of Chinese companies for production of Sputnik to meet demand. An interesting point to be noted is the increasing economic, political and military ties between the two nations amid both of their poor relations with the west. The saying, “my enemy’s enemy is my friend” can be perceived as a perfect description of Sino-Russian relationship at the expense of the USA. Russia’s trade with the West is restricted due to the sanctions imposed over the annexation of Crimea from Ukraine in 2014, as well as Russia’s interference in 2016 US elections. Their pledge to increase trade comes amid “a bifurcation in the U.S. and China’s spheres of influence,” Cailin Birch, global economist at the Economist Intelligence Unit, told CNBC. She further added that for China a partner like Russia they would “set the US slightly ill at ease” would be hugely beneficial.

Vladimir Putin with Xi Jinping during a state visit to Moscow in May 2015.

Another absolute advantage enjoyed by both the countries of this alliance is the trade derived from the fact that Russia is among the top 3 producers of oil and natural resources, while China is the 2nd largest crude oil importer. The countries both have agreed to double their trade to $200 billion in 2024 compared to $107 billion in 2018. EIU’s Birch also mentioned, “there’s a growing consensus that a partnership between Russia and China is quite a powerful force led by China rather than Russia, but that between the two of them they could present a powerful bloc and I think the US is growing increasingly concerned by that”. It is safe to say that the USA will be observing this alliance closely as Beijing surpassed NewYork as the billionaire capital while there has been a breakdown in the long standing nuclear arms treaty with Russia.

USA may not be the only country which is concerning itself with this alliance. India’s annual summit with Russia was cancelled last year for the first time since its inception, the cancellation being blamed on the spread of Covid-19. India has been facing tensions on the front of the Sino-Indian border dispute, and had always hoped to counter the growing influence of Chinese power with the combined might of Russia. The prosperous Sino-Russian relation has left India with another bitter sip in its cup.

The future of this Sino-Russian relationship is, at best, uncertain. With this alliance, both countries can counter the influence of the USA, however, at the same time, the scales have tipped in favour of China being the leading figure of the alliance, which is bound to induce sentiments of rivalry in the dynamic, restricting cooperation on military, economic and political levels. As to how far of a threat this alliance poses to the USA will be observed in the coming years as countries vaccinate their population and maximum economic activity resumes. One thing can be said with utmost certainty, the increasing Sino-Russian relations are a rare yet major hiccup in the otherwise huge American influence and dominance globally, and its effects will be experienced by Leaders and Nations in years to come.