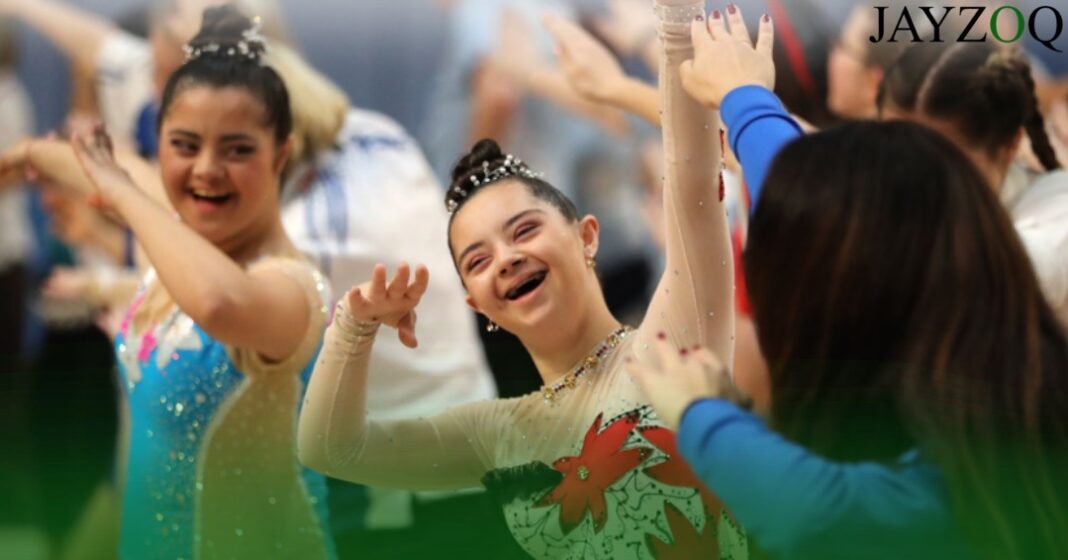 If you’re reading this, then your life is probably the one of a privileged person.  You have gone to a good school and have the resources to participate and compete in any sport, whenever you want. You do not have a hard time processing information, neither do you face difficulty whilst having a steady conversation with another and additionally, you understand social cues; you feel included in the society which you belong to. Now imagine, your world, without inclusion, a world where you’re not accepted, where you don’t have any companions who you can relate with. Imagine being in school and not being included into any of the sports teams even though you really want to participate. Regardless of your desires, you are portrayed as someone who is not capable enough. Imagine being excluded from everything you consider important in life just because of society’s viewpoints. Imagine being targeted by offensive slurs; being called the R word.

Most probably, you have not faced anything of this sort in your lifetime, but this is the story of a group of individuals who face this kind of behaviour on a daily basis. Approximately 1-3% of the global population has some sort of intellectual disability – that’s 200 million people. For a moment, be empathetic and try to comprehend what these individuals go through on a daily basis, put yourself in their position. While negativity overwhelms this world, there comes an International Organization established in more than 170 countries, working day in and day out to empower individuals with intellectual disabilities, Special Olympics International.

Eunice Kennedy Shriver, one of the 9 siblings of the Kenneddy family and the sister of the former U.S President, John.F Kennedy is regarded as the founder of this organization which has its roots embedded across the globe. Eunice was a social worker and was involved in aiding others throughout the entirety of her life. Additionally, she invested a good part of her life helping those with intellectual disabilities. Moreover, her family had strong footsteps in the political divisions at that time, however that was not what inspired her. Her inspiration to help individuals with intellectual disabilities came from her mother’s sister, Rosemary, who  faced a similar situation. Eunice noticed how her own mother had difficulty finding relevant programmes for her sister and including her in the mainstream of life.

After years of effort in social work and the development of the Joseph P. Kennedy foundation, she aimed at improving the lives of citizens with intellectual disabilities. Eunice came up with the idea of “Camp Shriver” which started in her own backyard, with the everlasting vision of changing the perceptions about individuals with intellectual disabilities, forever. Eunice reached out to local organisations and made up a list of special-needs children who might be interested in joining her Camp. She had young individuals, who were mostly students, which posed as counsellors for these children. To everyone’s astonishment, these children performed in sports just as a normal child would do and that they were not difficult, inadequate or any of the stereotypical attributes which were associated with them. These children were just living life, just like any other person was.

Eunice believed in unity, she wanted to involve both normal and special athletes to prove that both of them are equally capable. She paired up her own son Tim Shriver (currently the Chairman of Special Olympics) who was 3 years old at the time with Wendell who was a young boy with an intellectual disability. They enjoyed, as they swam, ate and did various other activities together. Camp Shriver continued for four years, growing to a point where a much better platform replaced it. In 1968, the first Special Olympics world games were held at Soldier field in Chicago, USA. About 1000 athletes with intellectual disabilities from the USA and Canada competed in these games and in the same year the Special Olympics organization was incorporated.

Over the years, the Special Olympics Movement and their vision has expanded globally, now reaching more than 170 countries with more than 5 million registered athletes, who are competing just like someone without an intellectual disability would, hence proving to the world that these athletes are just as capable, that they can achieve greater heights and that their disability shouldn’t be the reason for them to be excluded from society, that they are just like any other human being and they should be included in our day to day activities. It was all Eunices’ strong vision which concluded in this movement expanding globally and slowly eradicating the stigma that is associated with such individuals.

There are many ways in which you can aid the Special Olympics. You can support their vision by firstly, accepting that individuals with intellectual disabilities are just as capable as someone without them. You should be polite towards them and call out anyone who’s underestimating them. Furthermore, you can even get in touch with your local Special Olympics and volunteer for them. In your local community, you can host Unified tournaments, where both athletes with and without intellectual disabilities form teams and compete against each other, thus proving to everyone in your locale that their disability does not hinder their ability to perform. There are many ways in which you can donate to the Special Olympics movement. Head over to their website for more details.

This song by Strings, a renowned Pakistani band for Special Olympics Pakistan, will surely give you goosebumps.

Lastly, let’s all pledge to live by the slogan: “Spread the word: Inclusion”