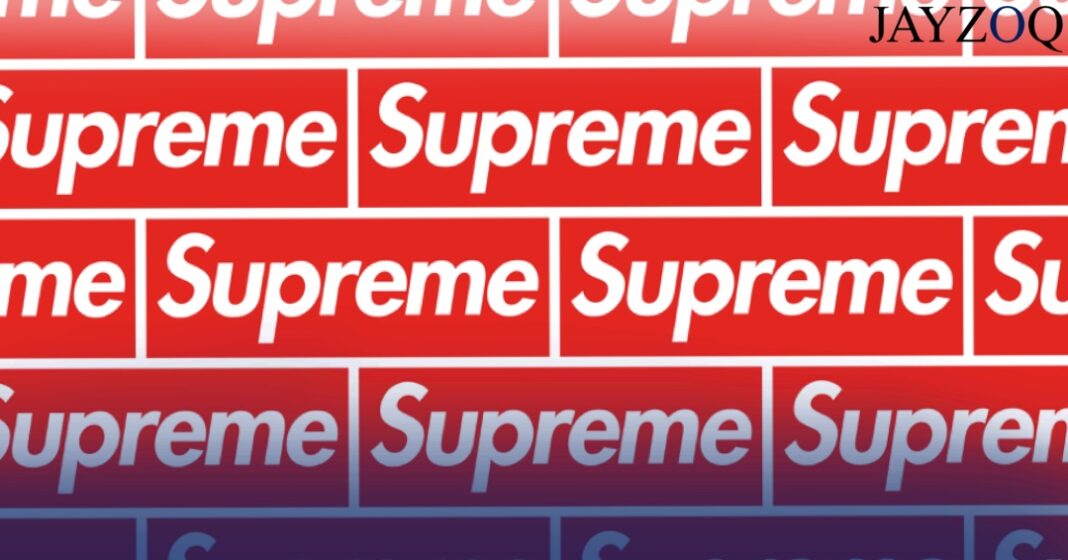 In recent years, streetwear has become a big part of fashion. This fashion movement revolves around surfing, skating, and hip-hop. This has made its way into high fashion and one brand, in particular, has become a subculture of its own. Supreme is a cultural sensation that has built its brand identity around its hype. With only 12 stores around the world, supreme has managed to establish itself as a billion-dollar company. The hype is created by its iconic box logo that many people are very fond of – so fond, that they have it tattooed on themselves.

Supreme has become popular because of their “drops”. The brand releases an item online and in-stores and once the item is sold out it isn’t restocked. This leads to people reselling their items at unbelievable prices and gaining skyrocketing profits. Resellers call the items available for sale, “The Supremium”. For example, the Supreme North Face Jacket was retailed at $300. It was later resold for over $1600 resulting in a return of 463%. Supreme applies its business philosophy to very random thing sometimes. A branded crowbar, retailed at $32 was resold for $360. A Supreme brick (yes, a brick) was sold for $30 and resold for $150. People will pay any amount to gain a Supreme product and it shows. The brand logo itself has been established greatly and people love it. The brand started in New York as a small skateboard store by James Jebbia in 1994. He noticed people in skate culture mix luxury brands, like Gucci and Louis Vuitton, with smaller brands like Levis and Carhartt. This made Jebbia realize that skaters were willing to pay for high-end luxury brands therefore, he started connecting skate clothes with high fashion.

The logo was “inspired” by the artist, Barbara Krugger. There is a lawsuit against Supreme for copying her art on their logo because they are very similar. This is ironic because since the brand has gained a lot of hype, they have been suing people who re making counterfeit items of their goods.

The whole idea that Supreme builds its brand on is ‘conspicuous consumption,’ where people show off by buying things other people cannot afford. Economists refer to this as ‘Veblen goods’, where, unlike the normal relationship between demand and price (demand decreases as price increases), as the price increases the demand also increases. Supreme uses scarcity to create its brand. However, the Carlyle Group, which is a vast corporation that manages $212 billion worth of assets, has started funding Supreme because they expect a huge amount of profit in a short period of time which might cause the brand to collapse. This flooding could cause the brand to lose its value and people would not consider it as a brand on conspicuous consumption anymore, because ‘hype’ is not something that has any monetary value to the bank and it will decrease after some time because things are constantly changing in fashion.

Overall, Supreme has managed to maintain its brand image, given the circumstances of its expansion. Even though it has sold 50% of its brand to the private equity firm, people still seem to want more of it and have been increasing demand.

Beyond homes and within: An evaluation of rape laws in Pakistan