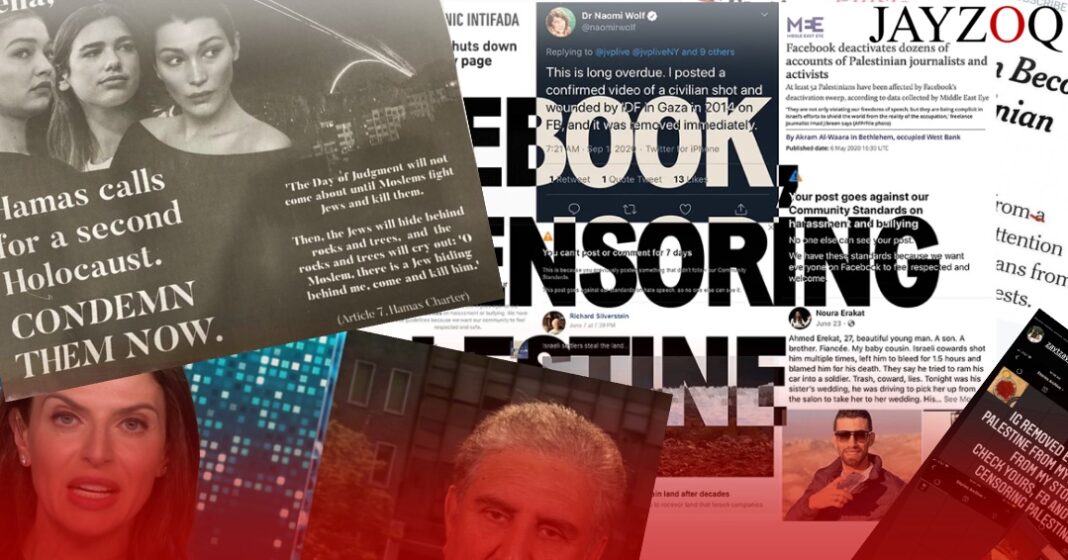 “Pakistan’s top diplomat makes anti-Semitic remark during CNN interview about Gaza conflict,” said the headline publlished by CNN on May 22, 2021.

On May 20, 2021 Foreign Minister of Pakistan gave an interview on CNN in which he told the anchor Bianna Golodriya that Israel had deep pockets because they controlled the media with their high influence, a statement that garnered much controversy after the CNN anchor fired back, accusing him of anti-semantic remarks in order to twist and turn the entire issue.

According to a tweet by Dr Saqlain Shah “Israel killed more innocents in 1 week than what Hamas killed in 20 years.” This clearly shows the crime of genocide committed by Isreal against the resistance. Despite this, the media portrays it as a “conflict”. This is what clearly shows that Israel has highly influenced or in better words dominated the western media. Not only that, the attack on Al Jazeera building in Gaza has to be the biggest evidence of this influence as a newspaper giving full status updates of the atrocities was unacceptable to the Zionists. oFrom using terms like conflict, crisis etc Western Media hypocritically plays an important role in the suppression of the voice of Palestine.

A correction of the incorrect language used by Newyork Times by a social media user after it came under scrutiny.

According to Asif Muztaba Hassan “Palestinians usually get mainstream Western media coverage when they are either protesting or physically confronting Israeli aggression, with their outcry broadly coloured as “escalation of violence”. Historically, however, there seemed to be no escalation of violence when Israel increases night raids on Palestinian homes or Israeli settlers attack Palestinian farmers.”

The international news agency Reuters on May 5 documented the meltdown at Sheikh Jarrah ahead of the court case that fueled the ongoing violence. Reuters claimed Sheikh Jarrah as a part of Jerusalem that Israel had “captured” from its eastern neighbour in the 1967 Middle East war, masking a history of forced expulsions in the area, and contributing to a discreet worldwide understanding that Israel had some kind of legal rights over the area and opposing views were debatable at best. The May 11 Reuters coverage, titled “Palestinian rocket fire, Israeli strikes in Gaza run into second day” suggests that the Israeli strikes were meant “as a response” to “Palestinian” rocket fires raining down on Israel.

The New York Times, a world widely read newspaper, with 130 million readership just last year, failed to stay neutral and politically correct which is evident from their social media captions, one of which read, “Gaza militants firing rockets followed by Israeli retaliation, masking the Palestinian struggle behind Hamas’ broad veil of violence.” Another said, “The Agony of Israel and the Palestinians” in a very “All lives matter” stance. In a tweet they claimed that Hamas militant airstrikes killed 20 in Israel, one that was later deleted among multiple allegations of false reporting.

A full page in nytimes dedicated to attacking and defaming the 3 public personalities that stood up for the people of Palestine through their social media despite them constantly slamming any anti-Semitic sentiments by their supporters.

With Western Media falsifying the narratives, news channels like Al Jazeera are dedicated to presenting the real picture, which led to the building of Al Jazeera  destroyed through heavy bombardment which the Prime Minister of Israel claimed to be a legitimate act, hiding behind claims of Hamas presence in a news outlet premises.

As Joseph Uscinski rightly puts in “There is no doubt that systemic economic forces such as the need to sell advertising space and manage expenditures, determine the actions of news firms.” Keeping these words by Uscinski in mind it is no surprise that the western media narrative is in favour of Israel because the outlets of coverage are embedded into the system built around US hegemony of which Israel is an important feature. Because Israel is seen by the US as a crucial ally in the Middle East, the US has been heavily aiding  Israel.

A photo describing the yearly funding comparisons of the USA. In the last 10 years, the country has awarded $38 billion dollars in funding for the continuation of atrocities in Palestine with an additional $735 million dollars announced on 17th May.

Canada too played a role of an ally to Israel. President Trudeau responded to the ongoing massacre by asking all sides to protect the civilians and said rocket attacks on Israel and iconic mosques are unacceptable and mentioned that Canada supports Israel’s right to assure its own security. According to the Canadain Government data in 2019 Canada sent $13.7-million in military goods and technology to Israel. Italian shipments were also loaded with heavy weapons and artillery that was headed for Israel but the dock workers refused to help with. In another instance reported, protests ongoing in solidarity with Palestine were broken up by French police.

Italian dock workers protesting against the shipment load of weapons.

With mainstream media which is totally under the clutches of Israel, it is social media that was used for accurate reporting which however became the target of control. Where social media played an important role in spreading awareness and right information, at the same time it blocked multiple pro Palestinain accounts. With my own personal experience views on my stories drastically fell from on average 400 to 200 or less. The Justice Minister of Israel, Benny Gantz asked the social media platforms to remove all the contents that are pro Palestinian whcih according to him spreads disinformation. During the Zoom Meeting the facebook spokesperson assured removing the content that went against the Community Standards. Mr Ameer ul Khuttba running the magazine called Muslim documented more than 12000 acts of censorship on Instagram alone. Just after a few hours of ceasefire number of Palestinian journalist in Gaza found themsleves being bloakced from the access of their WhatsApp. More than 57 pieces of content were removed from a Facebook page named Save Sheikh Jara.

Despite heavy censorship on social media, many journalists were able to share the accurate figures from the grounds of Gaza. Many Instagram accounts like Subhi Taha, theimeu, eye.on.palestine, mohammad.elkurd and many more played a crucial role in awareness and sharing of accurate information.

To sum up, it is due to the great influence of Israel on Western media that people have failed to accurately and ethically educate themselves on the real picture with empathy and honesty. Edward Said has put it eloquently in his article “Zionism from the Standpoint of its Victims,” “the dissemination by the media of malicious simplifications (e.g. Jews vs. Arabs)…contributes to the dulling, regulated enforcement of almost unanimous support for Israel.”