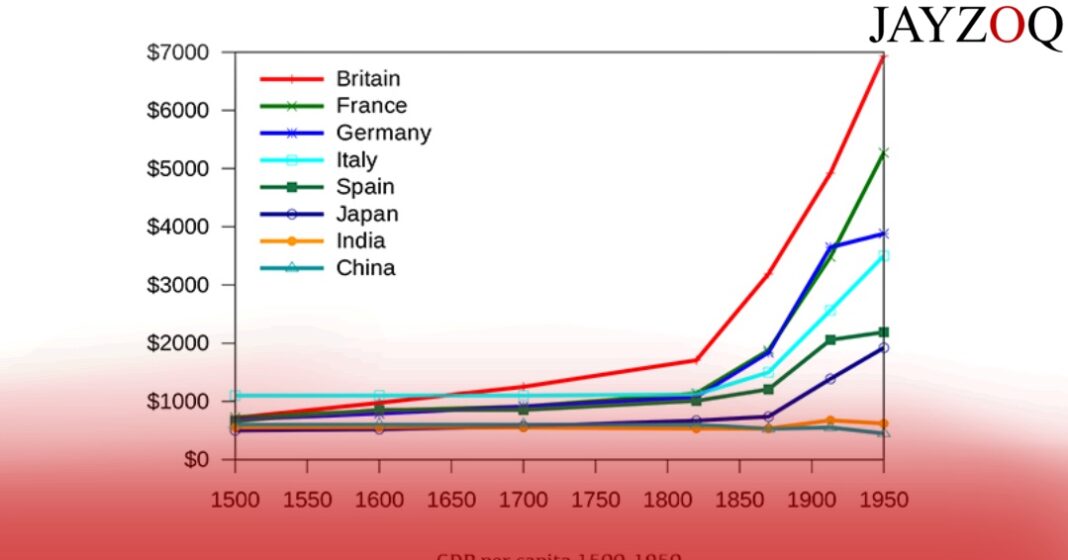 What has been clearly observed over the course of history, is that some countries have had an inherent advantage when it came to things like dictating foreign policies, that too of other countries. From the primary school level, we are taught about the Great Divergence in terms of economics or social and technological change. What most history teachers forget to tell you is what consequences these events had, on the issue of international relations, which are still showing their effects all over the world. Although this piece might be too short or limited for me to expand on all of them, I will try to leave you with a good enough understanding of what these consequences entail.

First let us understand what the Great Divergence basically was. Due to industrial and socio-political improvements much earlier than the rest of the world, countries like Great Britain, the USA and France made economic progress to the extent that they became the unannounced but evident leaders of the world order. These changes took place mostly in the late eighteenth century but still continue to show their effects.

Kenneth Pomeranz, a history professor at the University of Chicago, talks about these changes in his numerous publications. Along with focussing on economic and financial differences which have been developing since the Malthusian Era began, he also talks about how this led to most countries gaining benefits in completely unrelated fields like foreign policies. To put it quite bluntly, we have seen since the seventeenth century how Britain and France have colonised areas just to benefit from excessive trade routes and to spread their ideologies. However, despite the US also being part of the area which had been colonised by the British, historians have noted that due to the distance between the central government in Britain and its representatives across the Atlantic, the British immigrants over there and the natives were able to make their own independent progress. As a result, it also grew strong politically and was able to gain independence in 1776.

Therefore, from these developments across history, what can be noted is that countries which were fortunate enough to make economic progress during the middle ages, are also the ones which still dictate how the world runs. Whether it’s the upcoming elections in the USA with Biden going against Trump, or how Britain’s future will pan out post Brexit, these incidents still have a major influence on what will happen to the rest of the world. These events may look like domestic affairs to a layman but a person who has studied economics, political science, sociology etc. will know what kind of an impact they can have on developing countries. If we look at it holistically, we see a rather interesting trend being followed. The countries which soon followed Western Europe and North America in terms of development about two hundred years ago, are also the ones which have a partial say on international platforms and can be seen as future world leaders. I am, of course, talking about countries like China and India. Due to an abundance of natural resources as well as human capital, these nations are slowly gaining increased importance on the multinational level.

Although it may not seem like it, the scenes of international relations have been greatly influenced by economic independence, political progress and what not. At the moment, America enjoys its seat at the head of the table in most multilateral conferences because of how well they have developed their industries along with making technological innovations which were crucial for the times. The purpose of this article was just to make readers realise the significance history has on current world affairs, especially how they dictate foreign policies of today.