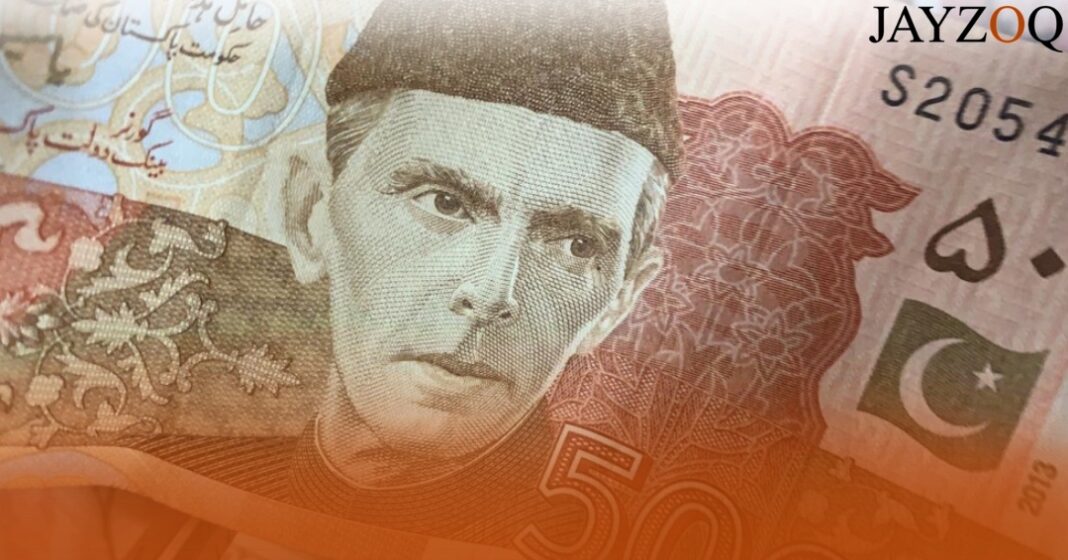 As a child, I was a huge fan of ice-cream, especially from the vendors that cycled their shops through the streets. I would grasp Mama’s kameez and wouldn’t let go until she handed over the cash I so wanted. I would then run to the merchant and hand the beautifully coloured rupees to him and he would dispense me with a Chocbar, and I would proceed to smear my face with chocolate. As I grew and learned more about my surroundings and had saved enough money to get my hands on the much sought after Magnum bar, the Father of the Nation, Muhammad Ali Jinnah, would stare at me knowingly from the more valuable note.

“Now, don’t get me wrong, I think Jinnah is great, and his contributions to setting up my country and making Pakistan what it is today transcends those made by most of the others.

Whether I was paying my maths professor, on a job well done, after my evening classes or on my way to the supermarket to purchase bags full of potatoes my mother made me go out for, the Quaid has fortunately always been by my side. I wonder why Iqbal doesn’t pout at me from the banknotes when I successfully convince the traffic inspector not to take my learner’s permit. Why doesn’t Sir Syed chastise me when I hand him over to the delivery guy who brought me my third pizza of the night (God bless him)? Why don’t the Ali Brothers wink at me when I buy my friends a cheap burger to make do for being born?

Now, don’t get me wrong, I think Jinnah is great, and his contributions to setting up my country and making Pakistan what it is today transcends those made by most of the others. In fact, I often make room for discussions about Jinnah’s maghfirat in my weekly chit-chats with God, right between discussing that certain female who caught my eye, and bickering about the friend who didn’t tag me in their Instagram post. For me, Jinnah is less of a lawyer or politician and more of a statesman who laid the strongest foundations of many of my nation’s oldest governmental departments, only one of which is the State Bank.

After the division of assets in 1947, Pakistan used British-made coins stamped with the word ‘Pakistan’ for an interim period (International Bank Note Society Journal Volume 38, No.4, 1999). In June 1948, the Quaid laid the foundations of the State Bank, which started work the following month. Money engraved or painted with Lord Mountbatten slowly circulated out of usage, and Jinnah took his place in his traditional Sherwani and later an elegant suit. British-made currency became scarcer until coin-enthusiasts and numismatics were the only ones left with it.

Although Jinnah’s contributions and legacy are in no way in any danger, it wouldn’t hurt to push him aside just a little bit, allowing other exceptional individuals to have a taste of the coveted limelight. Persons like the knighted Poet of the East, Sir Syed Ahmad Khan, Khawaja Nazimuddin, Maulvi Fazl Haq, Liaqat Ali Khan and countless other historical figures who gave their everything to make sure the infant nation would both survive turbulent times and prosper in moments of glory.

We could even celebrate people who had no recorded direct effort for the preservation of Pakistan with temporary commemorative coins such as key leaders from the dynamic dynasties of the Mughals and the Delhi Sultanate. Even with a wide variety of controversies, it is safe to say that individuals like Jalal-ud-din Akbar were once the pride of not just modern day Pakistan, but the whole of the Indian subcontinent. Did he not try to make peace between the Muslims and Hindus who were more than ready to let loose an Indian bloodbath? Should his efforts get lost in the archives of history? Alauddin Khilji saved the subcontinent from the terrifying Mongol invasion which wrecked defenseless Central Asia, the Middle East, and Eastern Europe – is he not worth cherishing? Mangal Panday gave up his life to free the subcontinent from colonial yoke – will he be forgotten?

Aside from commemorative coins celebrating individuals like Abdul Sattar Edhi and Dr. Ruth Pfau, Pakistani currency has been far from modulating. Once we celebrate multiple historical figures by printing them on our money, the child who implores their mother for money will wonder who is honoured on the paper they merrily exchange for ice cream. And if they’re a history nerd like me, they will borrow their mother’s phone and read up on the glorified face on Wikipedia.

Explaining why money holds importance is like telling a child that light comes from the sun: it just does. But who gets to be on our all-powerful rupee says a lot about the kind of people we are, and the kind of state we have chosen for ourselves. U.S. dollar bills honour phenomenal American leaders, not all of whom had played a role in the American Revolution. The most famous figure of the American Revolutionary War, widely regarded as the Father of the American Nation, George Washington, graces the one dollar bill, while Abraham Lincoln, who played a major role in the liberation of slaves, earned a spot on the five dollar bill.

Benjamin Franklin watches from the $100 US Dollar bill

Presidents Andrew Jackson, known for the controversial Trail of Tears, and Ulysses S. Grant, a renowned Union soldier who fought for the slavery-loving Confederacy’s defeat, who don’t receive the same recognition their counterparts on the one and five dollar bills receive, still have their portraits printed on the twenty and fifty dollar bills, respectively. This serves to show that in spite of them being on opposite ends of the political and moral spectrum, by championing for their respective political parties by bringing executive power, the American public has accepted them for well over a century as their leaders and continues to honour them on their currency decades after their dominance.

In 2016, the U.S. Treasury Secretary announced that Harriet Tubman, a key figure in the abolitionist movement who helped dozens of slaves escape to freedom, would become the next face of the twenty dollar bill, dethroning Jackson (who is widely believed to have been a racist). What we can learn from this decision, which could take years to bring Tubman into circulation, is how the United States, in spite of its social flaws (which became painfully apparent in the build up to the ongoing Black Lives Matter movement) remembers its history, and honours it, a pill that is very difficult to swallow for many Pakistanis.

Here in Pakistan, I don’t need to describe the outrage that would occur if we propose adding any particular Pakistani leader, for a variety of reasons. For instance, let’s say there’s a proposal in the Parliament to add Zulfiqar Ali Bhutto on our currency, the pioneer of the nuclear project in Pakistan as well as a well-respected leader of the Muslim world and the Organization of Islamic Cooperation, every political party will walk out of the House, and make the proceedings impossible, citing corruption, authoritarianism and his role in the war of 1971. This is mainly because of the widespread belief that Pakistani politicians play politics on its history. In addition to the cut-throat politics that have been raging for decades, half of our history has been marred by dictatorships and political upheavals, and although one might argue that certain sectors of the country did progress under dictators, Pakistani people have never been content with their government, and there remains no political leader of our state who was not embroiled in controversy.

“Be it the war hero Winston Churchill, the classic novelist Jane Austen, the capitalist champion Adam Smith, the legendary evolutionist Charles Darwin, or the Father of English Literature, William Shakespeare, the United Kingdom knows how to recognize and respect the people who brought fame and glory to their nation, by adding them to their powerful currency.

Let’s ignore our politicians for a moment and focus on key figures of knowledge and science. Our former colonial masters engraved in us the love of tea, elitist policies, and a preference for the fair colour, but they failed to teach us how to respect the people who bring us respect in the global community, something that they worked tirelessly on after leaving India. Be it the war hero Winston Churchill, the classic novelist Jane Austen, the capitalist champion Adam Smith, the legendary evolutionist Charles Darwin, or the Father of English Literature, William Shakespeare, the United Kingdom knows how to recognize and respect the people who brought fame and glory to their nation, by adding them to their powerful currency.

Why can we not do the same with our academics and heroes? Were the efforts of Dr. Abdus Salam and Dr. Abdul Qadeer Khan not important enough to the history of our nation? Will the names of international figures like Faiz Ahmad Faiz, Noor Jahan and Mustansar Hussain Tarar be forgotten by the forgetful Pakistani people and their petty reservations? Are commemorative coins even enough for the likes of Edhi?
Currency, in addition to being the soul of a people, can also be a vital social tool as well. How many of our rulers have considered utilizing money to make a statement? How many leaders have thought of adding a female individual to our currency to thus empower the millions of women who are considered by many to be expendable? None. Aside from former President Musharraf (who wanted his own portrait to be on Pakistani currency), no Pakistani leader has ever taken the designs on our currency seriously. Debating about who gets to be on our money in the midst of the monstrous problems of COVID-19, racism, economic collapses, and political upsets might not seem very important, but that doesn’t mean matters like these should be ignored.