Jayzoq
Home The Social Compass The Reality of Racism 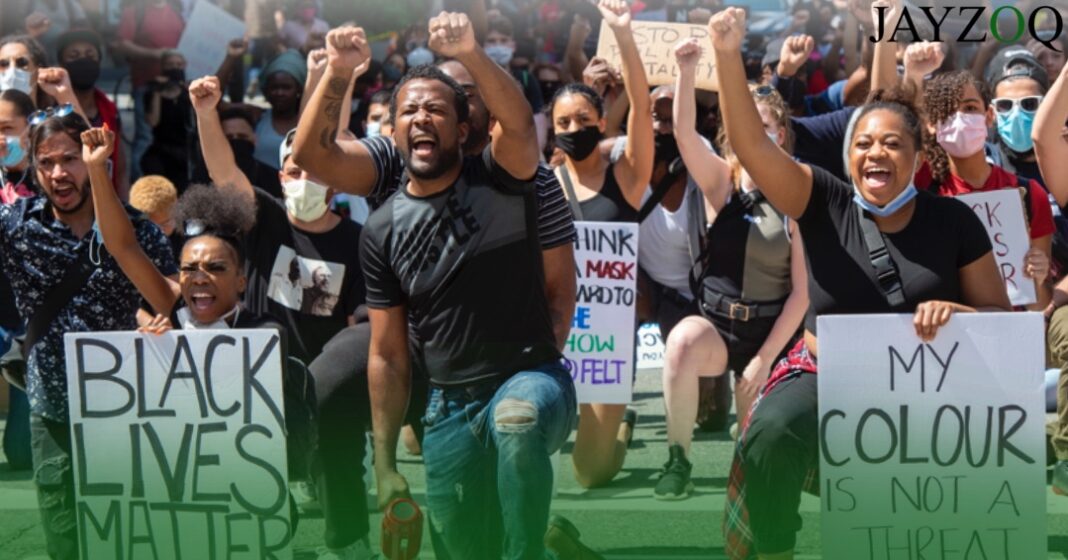 The Oxford dictionary definition of the word racism is “prejudice, discrimination, or antagonism by an individual, community, or institution against a person or people on the basis of their membership of a particular racial or ethnic group, typically that is a minority or marginalized.”

Personally however, I believe it is so much more. For me, it is the paralyzing terror that Asia Bibi felt while a sword was dangling over her head just because she dared to drink from a well that was designated to Muslims. For me, it is every breath George Floyd struggled to take as he screamed “I can’t breathe!”, it is every tear that Arzoo Raja’s mother shed as she waited for her daughter to come home. It is the red that those Algerian women shed near the Eiffel Tower for being the “Dirty Arabs”.

These, however, are just a few of the millions of stories that had the fortune of being heard. There are thousands of Georges in the world who have fallen victim to police brutality and have been murdered and imprisoned in cold blood just because of the melanin coating their skin while their white counterparts are left unaccounted for. There are millions of Asia Bibis and Arzoo Rajas who never got to see the light of day or were able to make it home.

But really, what could have society possibly done for them; it wasn’t societal norms who wronged them, right? Are individuals not regarded as enablers when Pakistanis tease their friends by calling them slurs like “kalla”(black) and “marasi”(non-binary), derogatory not only towards them but entire lineages and hence, continuing the vicious cycle that puts one’s race, cast, creed and religion over the other, making them inferior to another individual who shares the same position in this world?

The way these individuals actively promote racism are when they forbid their Christian and Hindu maids from eating and drinking out of the same utensils as themselves, when they forbid Ahmadis from working in the administration of a country of which they are equal citizens. Additionally, when they blame Asian Americans for bringing COVID into their country and when they claim that immigrants are criminals that steal their jobs and bring diseases. After this, how can these mindsets ensure that they are any better than the Nazis that killed millions of Jews in the Holocaust and the white supremacists that kept black slaves, bought and sold them like common household commodities. It is impossible to attain basic human decency much less world peace unless the world collectively does not acknowledge the abomination to society that is racism.

If you are among the fortunate few who haven’t experienced these atrocities, then you are privileged. Acknowledge that privilege so that the next time you read about a Breonna Taylor, an Ahmaud Arbery, you know that the discrimination and struggles they face are not stories which are hundreds of years old or thousands of miles away. Admit to yourself that racism is a reality and take the time and effort to speak against it. Do not wait for these victims to be 6 feet under the ground before you realize that they deserve the same respect and rights as yourself because if you hesitate, there will always be another and over time, this will be the death of humanity.