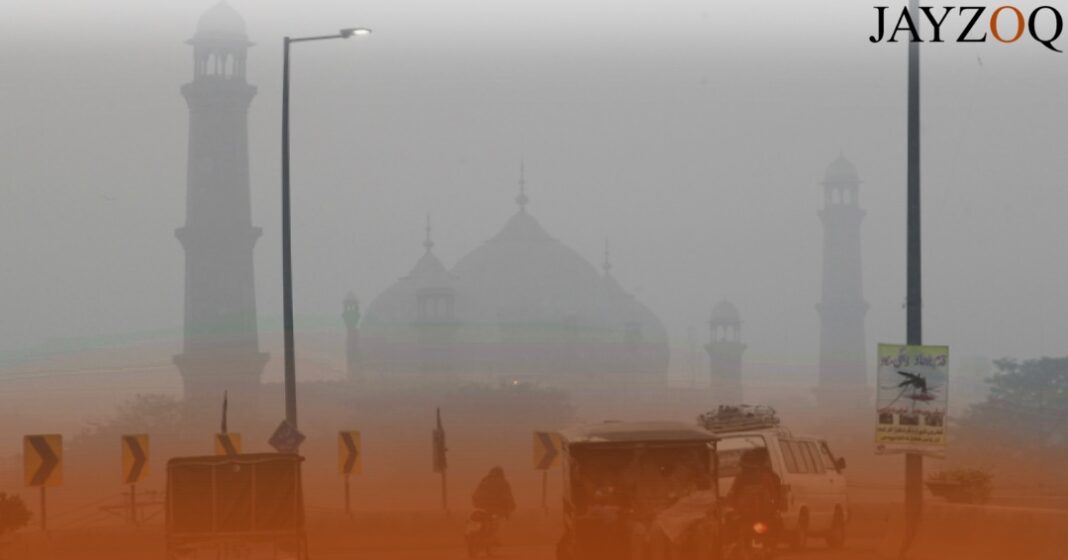 When the Air Quality Index borders at 190, it is officially declared unhealthy. Smog has been the cause of lockdowns around Pakistan for the last 3 years as staggeringly high amounts of substances such as nitrogen dioxide, sulfur dioxide, carbon mono-oxide, and ground ozone, which is harmful to human health, have been components of smog, known as an intense type of air pollution.

A recent study has revealed that, as claimed by the major part of Pakistani media, smog isn’t the fault of Indian farmers who burn their fields to get rid of the stubble. In the first few years, the existence of smog was chalked up to be the smoke carried from burnt fields in India and Northern Pakistan. However, recently, it has been proven that deforestation for urban development and untreated pollutants released from the burning of fossil fuels has side by side contributed to the production of smog.

The heavy cloud cover acts as an inversion layer and prevents the pollutants from escaping into space and they stay in the atmosphere.

Smog has been known to cause irritation in the eyes, nose, and throat and long-term exposure can lead to lung cancer. Furthermore, smog is the cause of premature deaths with an estimated 4.2 million deaths globally.

Dense smog also reduces visibility by a lot, leading to an increased amount of accidents. It has been estimated that 20 people have lost their lives in smog-related accidents in Punjab in the last week. Moreover, 30 flight operations have been suspended at the Allama Iqbal International Airport and several sections of the motorway have been cordoned off due to poor visibility.

The government has been keeping an eye on the recent deterioration of air quality in Lahore and has attempted to combat air pollution.

He mentioned in the meeting that 70% of the tree cover in Lahore has been destroyed in favor of the construction of roads and buildings. This means that air pollution particles cannot be absorbed into the leaves of the plants and stay in the atmosphere. Some of the measures taken to slow down the negative aspects of pollution include making sure that only the oil that meets the EU’s Euro-4 emission standard will now be imported. By the end of 2020, a shift will be made to oil that meets the Euro-5 emission standard. Similarly, oil refineries will be issued warnings to improve the quality of oil produced in the next 3 years, failure to comply will result in closure. The automobile industry will be encouraged to switch to electric vehicles reducing dependence on fossil fuels such as petrol. An important initiative will be the use of imported machinery which will result in the efficient use of post-crop products, removing the need to burn fields.

Brick kilns which contribute greatly to the levels of pollution will be provided financial aid to use zigzag technology which is environmentally friendly. Imported duties on scrubbers will be waived in an attempt to reduce pollution produced by the steel industry. Perhaps the most important measure is an initiative to plant trees on 60,000 kanals of land in Lahore.

These measures, if implemented fully, will surely result in reduced amounts of pollution but only time will tell if these measures are carried out with true intentions. In addition, the adverse effects of smog can also be combatted on an individual level with measures such as the strict use of masks, shared transportation, and use of public transport. Products with high levels of CFCs should be avoided and the general populace should try to drive less and most importantly, make their contribution to saving the environment by planting trees and creating awareness of the plight of our environment. The responsibility to conserve our environment lies with all of us.