Jayzoq
Home International Relations US withdrawal from Afghanistan: A threat to the CPEC success 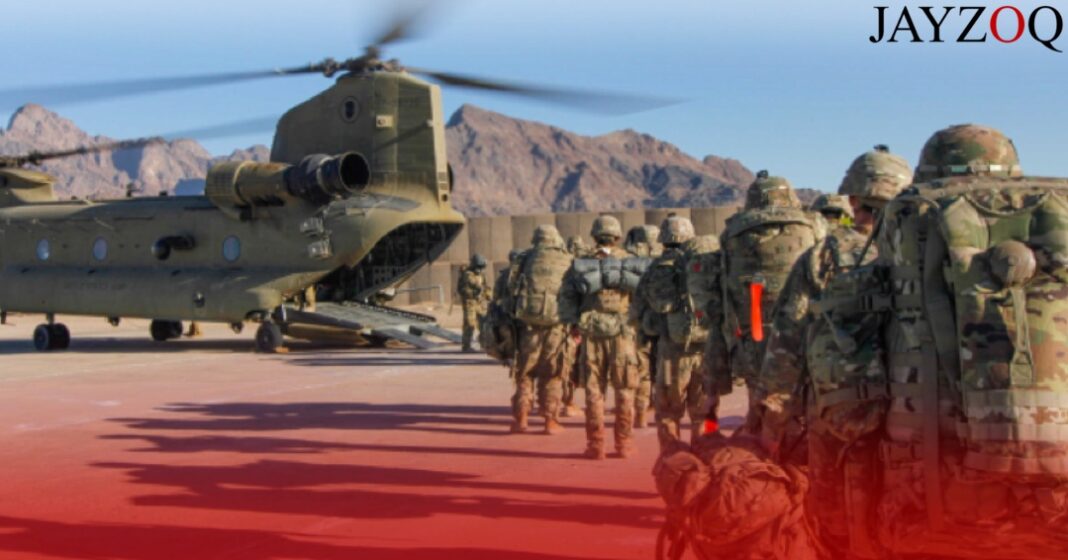 On May 1, 2021, the United States officially started withdrawing its troops from Afghanistan. Under the Biden’s government, it is aimed to end the U.S. and NATO military presence on Afghan soil before the 20th anniversary of 9/11 incident. This has opened a new dimension of regional affairs.

There is a fear that this withdrawal will worsen the national security and the political stability of Afghanistan. The competition to seek power between the interest groups especially Taliban and political factions has enough potential to change the U.S.-accomplished power equilibrium in Afghanistan.

For the Central Asian states, such a situation undoubtedly carries many challenges. The developing internal conflicts in Afghanistan may prompt weakening of government’s authority over the northern borders. This will ultimately affect the security of neighbouring countries as well. Moreover, the success of great China Pakistan Economic Corridor (CPEC) will also face many hardships and obstructions.

Clearly the presence of the U.S. military and its allies in Afghanistan region played an important role in the war against terrorist groups. In 2011, when the Afghan campaign was at its peak, more than 98,000 American soldiers and about 41,000 alliance troops were deployed in the country. These forces undoubtedly forestalled building up of a number of extremist groups, two of which directly threatened national and international security: the Taliban, and recently, the regional Islamic State branch also known as ISKP (Islamic State- Khorasan Province).

Many researchers and analysts believe that CPEC will face severe consequences of US withdrawal as the strengthening of the Taliban’s control in Afghanistan and the possible worsening of the political crisis will absolutely drive away foreign investors and accomplices.

China has reacted to the news with some nervousness and anxiety. History shows that China has made efforts for the manipulation of Afghan politics to be troublesome. Furthermore, now China is celebrating the “embarrassing withdrawal” as a sign of misfired US policymaking and mediation, the withdrawal sets out a greater number of issues than open doors for Beijing. China’s major concern post-US withdrawal is Taliban-led Afghanistan turning into a safe place of refuge for Uyghur separatists and the East Turkestan Movement (ETM). These groups desperately try to subvert China’s territorial integrity in the Xinjiang region. These groups can pose a threat to the CPEC security.

Nikkei Asia reports that there is a looming sense of fear in Pakistan as well because the US withdrawal will automatically increase instability in its neighbourhood and the security threats will put CPEC projects at risk. As the complete withdrawal deadline is approaching, instability in Pakistan has steadily intensified, and outlawed organizations like Tehreek e-Taliban Pakistan (TTP), have expanded cross-border assaults in the country. The present Afghan government is already weak; therefore the US pull-back will seriously destabilize the territory. The report further added that in the future, TTP will have more safe zones in the regions near Pakistani border. These are the regions where many of the CPEC projects are under development. In such a drastic situation, it will be very easy for the terrorists to destroy the CPEC development centres.

Furthermore, analysts believe the vulnerability in Afghanistan has provided TTP with a window to assault Pakistan, including the projects of the China-Pakistan Economic Corridor (CPEC) worth around USD 50 billion. In addition, after the withdrawal of the US forces from Afghanistan, TTP can more effectively assault targets that play a key role for Pakistan’s economy. Moreover, some Chinese investment centres are located near the traditional spaces of TTP’s activities, making them natural and easy targets. The CPEC has not customarily been a top focus of TTP in Pakistan. However, in recent months, anti-China expression has become a part of TTP propaganda, especially because of Uyghur Muslims oppression in China. Pakistan has assembled a fence worth millions of dollars but still this is not permanent and reliable solution of the TTP cross-border attacks.

In the course of recent two years alone, there have been five terrorist assaults against the Chinese presence in Pakistan region. The latest example was the May 2019 Pearl Continental Hotel attack in Gwadar, in which shooters stormed the Chinese-built hotel and killed five members of the staff. Since the CPEC success is of major interest to both China and Pakistan, countering such terrorism threats is a main priority.

For China, CPEC is a vital component of its BRI as it has intensely put resources into it. The project has geopolitical as well as geostrategic significance as its route ways could give China admittance to the Indian Ocean. Despite of all the security threats, financial cooperation has proceeded and China has openly affirmed its confidence in Pakistan’s ability to counter security dangers. It is still unclear that for how long and to what extent the external support will remain in the Afghanistan region after the withdrawal completion. However, China and Pakistan needs to take precautionary measures for the security and success of the CPEC after the US withdrawal from Afghanistan.

Waooo. Very informative 👍 keep it up.

Jayzoq is a student-run media outlet that strives to bring to people, free and ethical journalism by analysing the world's greatest issues and providing pinpoint opinion articles. All our members are from the youth community, and most of them are still students, which serves to show that the youth has an important role in shaping the future world.
Contact us: info@jayzoq.com
© 2021 Jayzoq Media. All Rights Reserved.
wpDiscuz
2
0
Would love your thoughts, please comment.x
()
x
| Reply
MORE STORIES