Jayzoq
Home The Social Compass Why All Men Are Trash: A concept which misogynists fail to comprehend 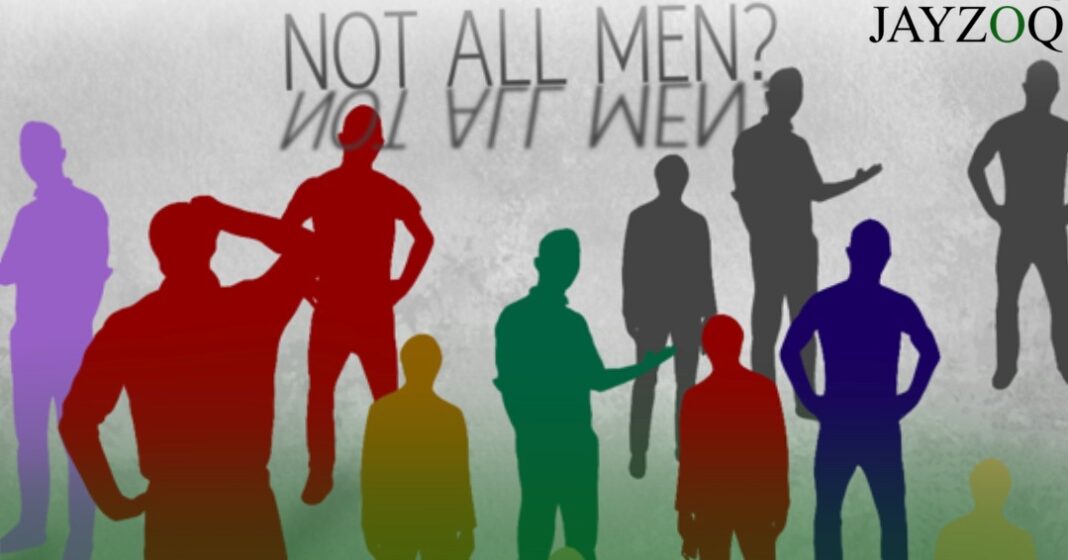 Even though it is blatantly obvious, women are aware of the fact that the entire male species is not a threat; all men are not inherently dangerous or abusive. In fact there are men who respect and support women, who acknowledge female suppression and want to eradicate it. There are plenty of men who do not violate females, however they are capable of doing so. This is because the socialization of males is administered in such a way that even those who are good and respectful, have the potential of being violent because such behaviours have been normalized by the patriarchy.

Everyone and anyone can inhabit that potential, however in a world which comprises mostly oppressors (men) and the oppressed (women) , the fear of the former is nothing but a defense mechanism. The reason which makes all men dangerous from the female perspective is the normalized violent actions which they have learned and performed, uncritically.

Women cannot identify men who are a potential threat because they can quite literally be anyone. They can be (but are not limited to) their boss or an employee, a drunkard or a man who is happily married with children.  Even maybe a homeless man, a friend/boyfriend or a relative. Even those men who portray themselves as “safe” and “understanding” can mislead females and cause irreversible harm. Worldwide, almost one third (27%) of women aged 15-49 years who have been in a relationship report that they have been subjected to some form of physical and/or sexual violence by their intimate partner. Problematic and abusive men do not come with warnings which is why women need to be cautious of all men in order to be safe, or alive.

Why is saying “not all men” so problematic?

“I was groped in school by my teacher when I was 14. I was catcalled when i was on my way to get groceries and my best friend drugged and r*ped me. Men do not make me feel safe”

“Is it not sexist when you say all men? Because I would never do that to you. Not all men are threats and behave in that way.”

Men who respond to the discussion of structural misogyny in this manner are actually dismissing the trauma which women face or are facing. Instead they play the victim in need of validation and hence want to be absolved of any blame, which was not intended at them in the first place. The “not all men” phrase does not reveal any new insights and it is certainly not constructive. Moreover, it fails to contribute to the debate and doesn’t bring any solutions to the issues which women are systematically faced with.. However what this phrase does achieve are the following:

Therefore, if you are a man who does not behave in a way which is threatening for women, then a discussion similar to this should not trigger you because you are aware that as a man you are not an oppressor but those who are do exist.

It is no secret that the majority dominates the minority which is why even though women are aware that good men exist, they cannot identify them in a world where male oppression is the equivalent of suffocation; where a majority of oppressive men dominate the ones who are not.

For instance, you and your friend are hardworking and excel in a certain subject however, the rest of the class includes students who are not bothered and fail to show any progress. Due to this the teacher would perceive the entire class as unproductive and careless because the rest of the class outnumbers you and your friend. No matter how good of a student you two are, you cannot represent the rest in class which is why until and unless the entire class improves as a whole and excels in that subject, your teacher’s perception will not change.

Hence no matter how good of a man you are, you cannot protect all women which is why until and unless all men improve and attempt to make the world a safer place for women by smashing the patriarchy and correcting their errors, a woman’s perception will not change.

Therefore, for the time being all men are trash.

It ISN’T about the men saying “not all men” But by saying “all men” you make it that way. And about men not helping, there’s this amazing quote, which is definetly over the top, but very clear nonetheless.
“Chivalry is dead and women killed it.”