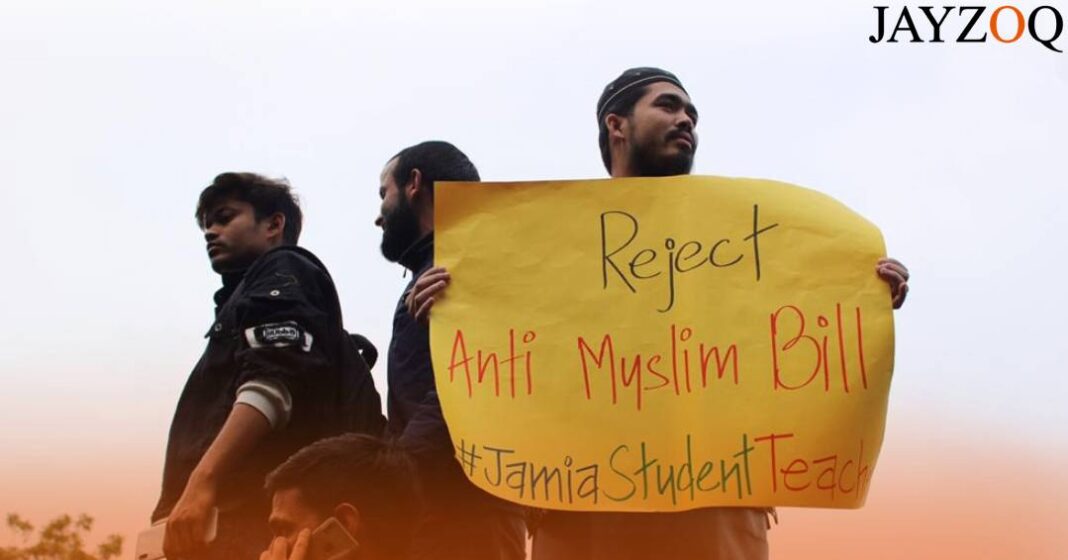 On 8th August, a mob of more than a 100 people rallied at Delhi’s Jantar Mantar, a Mughal-era observatory and popular protest site to raise anti-Muslim slogans. Slogans like “Hindustan mein rehna hoga toh ‘Jai Shree Ram’ kehna hoga (If you want to live in Hindustan, you will have to say ‘Jai Shree Ram’)” and “Mulle kaate jaenge, Ram Ram chillaenge (Muslims will be slaughtered, we will shout ‘Jai Shree Ram.)” were raised. Journalists covering the protest were also forced to chant these anti-Muslim slogans.

Scenes from the protest

The slogans were raised by Uttam Malik, also known as Uttam Upadhyay, who was seen shouting slogans in several videos all over social media. Uttam belongs to the Bhagwadhari Yodha Sangh, aka saffron warrior union. He was also heard saying that they need to break Muslims, as they meet and conspire amongst themselves during namaz. He has gone “missing” after the protest and the police haven’t been able to track him since.

Videos of the protest were widely posted and reshared on social media which led to outrage on Twitter. Only six people, including a former BJP spokesman, are in police custody over the slogans raised in the capital as of now. Whereas Delhi Police has arrested the people who were protesting against the hate mongers that raised slogans of Muslim genocide. Student activists from SFI and AISA are under arrest and have been denied bail.

A Student being detained by the police

Almost all political leaders, including Delhi’s chief minister, Arvind Kejriwal, haven’t commented on the situation. In such a critical situation the government’s silence is alarming. Slogans being raised in the heart of Delhi and silence on part of both the Delhi Chief Minister and the Prime Minister is a cause of concern. Their silence raises concerns for India’s Muslims and other minority groups.