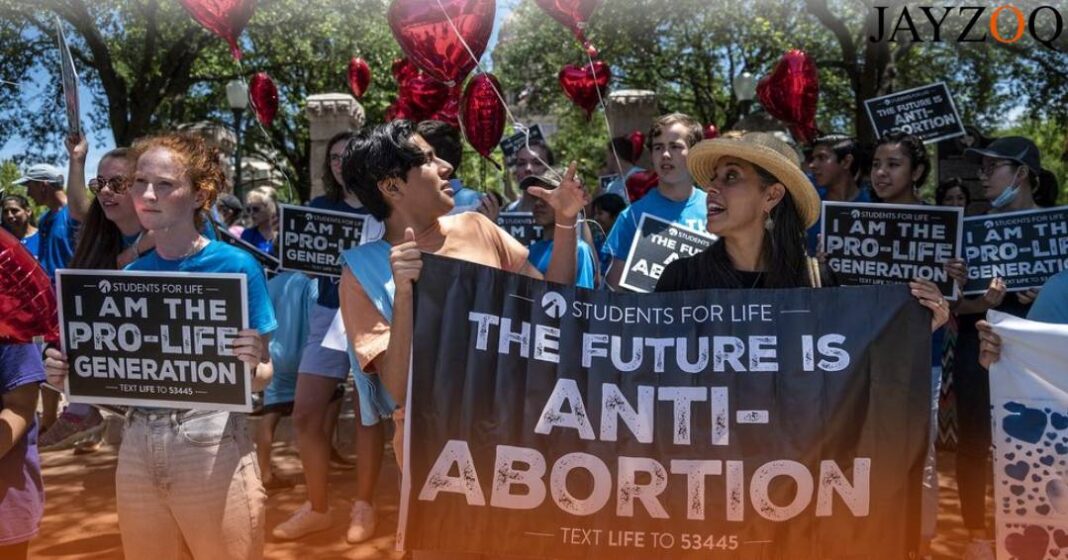 Over the course of many years, the United States of America has been fighting a battle amongst itself,
one NOT over morals, but political power and control. Control over women, their bodies, their rights.
Even though the US allowed abortions from the 1970s, there has been much opposition from
conservatives and right-wing politicians who think of abortions as ‘unnatural and immoral. In 2021 alone,
over 500 restrictions have been applied on abortions, throughout the country. The latest of these
restrictions comes in the form of the new abortion law passed by Texas’s Gov. Greg Abbott, SB8 which
bans abortions for women as early as 6 weeks into their pregnancy. The aim behind the bill, also called
the ‘heartbeat bill’ is to ban abortions after a heartbeat can be detected through an ultrasound, which can
occur just a mere 6 weeks into a pregnancy.
The bill does not differentiate between forced, unwanted, and desired pregnancies, with the only
exception being, aborting pregnancies that can cause physical harm to the one pregnant. Many have
criticized the bill as the 6 week period theoretically bans most abortions because most women don’t even
know they are pregnant that early on. This would lead to a huge increase in unwanted pregnancies and
have severe effects on the mental health of women, who now have to face more obstacles during the
stressful process of getting an abortion.
Another part of the new law is the effect it will have on individuals and the pro-life agenda. Due to this law,
anyone can bring a civil suit against anyone involved in adding abortions. This includes abortion clinics,
even anyone who drives the person seeking an abortion to the clinic or one who provides funds for it. This
will create a system of ‘bounty hunters’ as anyone who successfully wins in court will be awarded
$10,000.
Secondly, due to the new rule, any driver could be sued for getting a woman someplace she wants to go.
This has two further issues. A driver is not responsible for where the rider wants to go and the rider does
not need to tell the driver the intent behind the trip. However, now drivers may start declining rides just to
save themselves from legal trouble and protect their source of income. In opposition to SB8, Lyft an
American ride-sharing company announced in a statement that it would be covering 100% of legal fees
for drivers sued under SB8 while using their service. Secondly, they also announced that they would be
donating $1 million to planned parenthood to oppose this incompatible law.
Another concern is that SB8 will push abortion clinics out of business, as they will have to face off multiple
lawsuits, as anyone can sue them without any connection to the ones seeking an abortion.
Women around texas have come out to protest against these, most protests are arranged by women
empowerment groups and abortion clinics who seek justice and note this law as a “crime against women”

Over the years abortion rates have gradually decreased across the states, with new policies, guidelines,
and bans hindering women’s right to seek healthcare that they are entitled to and should be considered a
basic human right. However, anti-abortion groups throughout the country and in Texas are making this
impossible by supporting right-wing politicians to further their agenda.
Such as the key Texan anti-abortion group, Texas Right to Life which has used its influence to implement
and support the SB8 rule. Recently they set up a whistleblower website to help report cases of aiding and
abetting abortions in Texas.
Humanitarian groups are working towards abolishing the SB8 law and bringing lawsuits against
organizations like Texas Right to Life, which cause harmful effects on women’s right to choose and taking
away their fundamental human rights.