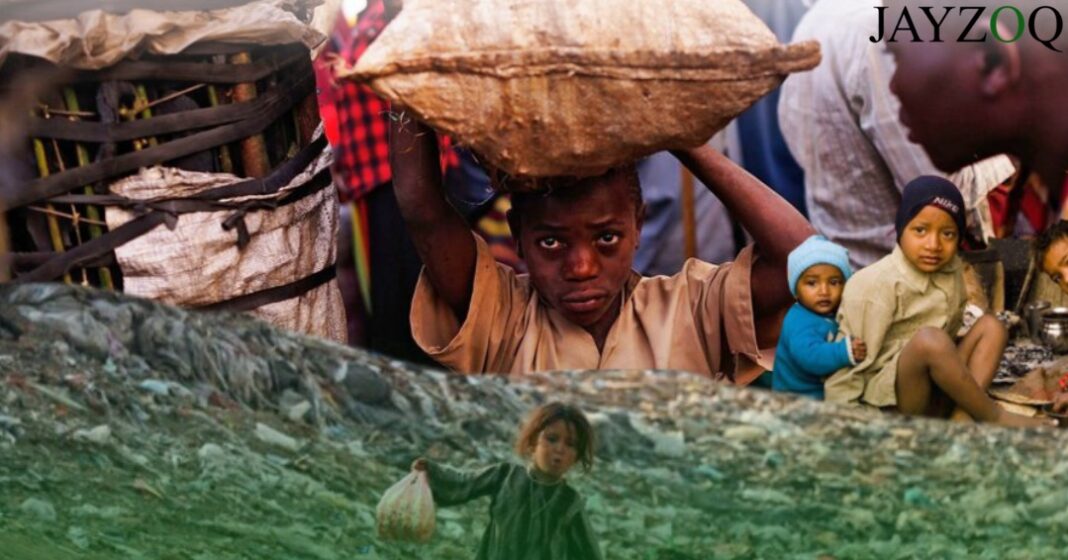 How do you assume the world will look like after the departure of COVID 19? The only certainty is that it will not be the same. Millions will be displaced, unemployed and quite literally, everyone will be suffering. So, it is about time realization, and humanity dawned upon people, and they opened their eyes to the bitter truth of reality.

Essentially, people who are bereft of a socially acceptable amount of money or necessities are termed to be in a state of poverty. One of the most devastating socio-economic consequences of COVID has been it’s surging rise. Unemployment, corruption, overpopulation, and lack of education have extended this cycle of poverty in Pakistan for decades and now, the coronavirus has aggravated it.

Social effects are some of the most critical consequences of poverty. They lead to an escalation in crime rate as the underprivileged resort to robbery, kidnapping, and other unjustified methods of earning. The destitute turn to crime becomes their last resort, simply because they find themselves helpless in front of other options. Another factor that plays an important part, is a deep sense of frustration and tension. One of the most prevalent implications of poverty is the amelioration of street crime. Having said that, in poor communities, children can easily be manipulated into joining gangs or partaking in other such activities, considering they mature under the influence of criminals. Since they have limited options due to the lack of education, they are forced to earn by whatever means possible.

Another crippling social impact of poverty is on the literacy rate. The literacy rate in Pakistan is 55% which is one of the lowest in the world and ranks 160th among world nations. As poor families can’t afford education, they’re often forced to forgo school for their children. Ergo, these children, steeped in ignorance and deprived of education, which is a basic human right, are the victims of unemployment when they get older. A chain reaction is set off here which leads back to poverty. Here, a phenomenon called generational poverty develops, where poverty is passed down from one generation to the next, in which these people are powerlessly trapped in the clutches of poverty.

Furthermore, one of the most consequential repercussions of poverty are the health factors. These effects go above and beyond just missing a meal. When a child is born into poverty, it is highly probable that they be underweight as the mothers do not have access to apt healthcare or sustenance. The child may suffer from stunted growth, learning difficulties in school, and frequent sickness. Poverty, not only exposes the poor to severe diseases such as malaria, tuberculosis, measles, and AIDS but it also puts the general population at risk, considering these people also come in contact with others that they work with. Additionally, the poor also endure chronic food insecurity, starvation, and malnutrition due to which their health and livelihood deteriorates even further.

In light of the current pandemic, it is imperative to consider the ramifications of poverty on the exacerbation of COVID-19. Since those in extreme poverty can’t afford protective equipment such as masks and sanitizers, this exposes them to the virus and aggravates the situation for those who are infected, making the possibility of a cure unfathomable. Other than that, quarantine is impossible for such people, since they have to earn in order to feed themselves on a day-to-day basis. Thus, the poor are trapped in a vicious cycle which feeds onto itself. Another significant element here is that some of the poor, which are deprived of education, don’t understand the lethality of the virus. This makes them oblivious to the option of guarding themselves against it in the first place.

Last but certainly not the least, the psychological effects of poverty on the poor are pervasive as children born in extreme poverty are at a higher risk of behavioral problems, ranging from impulsiveness, difficulty getting along with peers, violence, attention-deficit hyperactivity disorder, and conduct disorder. Stress, anxiety, and depression are also prevalent among the destitute.

Rizq, a food bank, distributes food among the poor and picks up packaged food from houses in Islamabad and Lahore. Edhi Foundation, an NGO, provides medical assistance and shelter to the poor. In these trying times, it is essential to donate as much as we can to stifle the catastrophic effects of poverty.

In these uncertain circumstances, our humanity is questioned. It is our responsibility, as human beings, to aid the underprivileged in whatever minimal or maximum way possible. Do not fail these people. They need you.