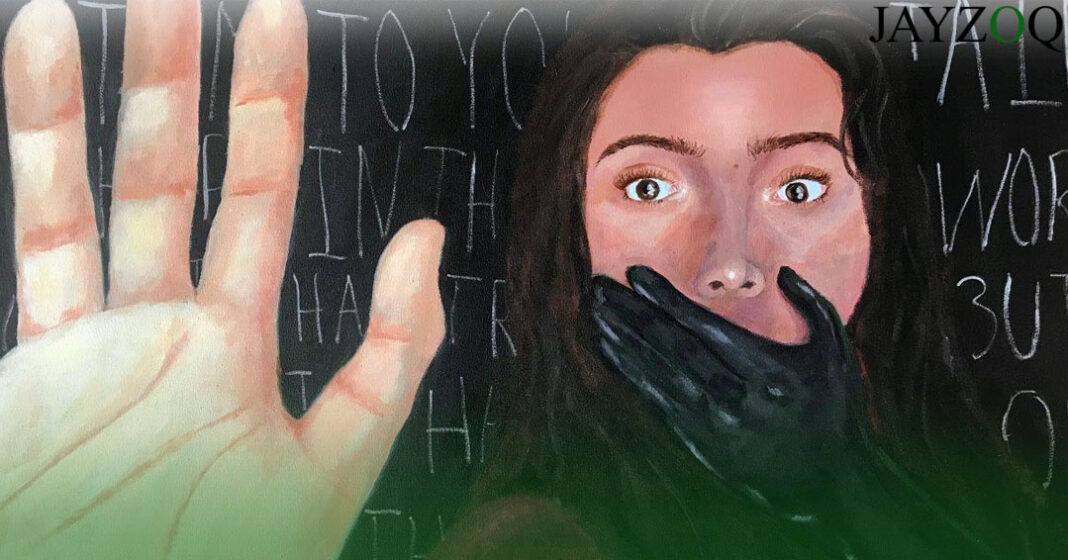 Pakistan, A country based on the ideology of Islam to practice it and to ensure it throughout the country. It was established to minimize the oppression that the minorities faced in the subcontinent. However the oppression still follows Muslims in Pakistan but itself has changed its victim to Women. World Economic Forum Global Gender Gap 2021 Index Pakistan stands on the 153rd position out of 156 in itself tells how Pakistan has failed it women who build their dreams of ‘Azadi’ in their own Muslim Land full of values and norms.

When women Chant ‘Azadi’ it’s not from the men or the country but from the failed judicial system and the hypocritical media coverage. When women voice ‘Mera Jism meri Marzi’ it speaks for consent, not to spread nudity. When women say ‘Mujhe Jenay ka Haq hai’ it speaks to be free from the fear that women face every day, every minute of their lives whether on the streets, in schools, their homes and even in their graves the fear of being abused looms above a woman’s head. When women say they will March it is for this Country’s failed judicial System and insensitive media coverage.

The sexual violence in Pakistan has always been tremendous and on a rise, it has always been pertaining in the societies from Elites to the poor, violence against women is present everywhere. According to UNFPA at least 32% women have faced sexual violence whereas 40% women has suffered from domestic abuse. However these statistics do not hold the accurate representation as every one in two women has experienced sexual offences but never sought help or registered their cases because of family pressures and shame. Though with technological advancement it has been highlighted more, now the country is more aware of such deeds through media attention towards the issue but the question is how the media’s portrayal of such issues can help to curb the rise?

Pakistan media always makes highlight for the insensitivity while handling major issues like domestic violence, sexual abuse and day to day coverage of such cases which pave a path for the victim blaming for example recently, in Noor Mukadam’s murder case where we have seen reporters keen interest in the category of the relationship between the murderer and the victim rather than in the horrendous crime. Pakistan’s media pays attention to the side issues like the personal life of the victim, their physical appearance, their dressing and hobbies rather than highlighting the major issue which is why these issues happen in the first place.  This insensitivity on the media’s behalf leads many victims to never speak up for themselves in order to avoid such painful situations where their traumas are manipulated for more rating and viral content.

Similar is the case where instead of highlighting the abusers the content creators gain followers by advertising the victims rather than the abusers which we have recently seen in the Minar e Pakistan Incident where the victims face was everywhere on the internet while no one knew what the abusers look like and how we can identify them in the future. If we go back some years we can see the same circumstances in Zainab Ansaris rape case in which we know what Zainab was wearing what she looked like but not the abuser and the murderer. Motorway case, Kasur pornography case, Lahore Rickshaw Rape case, Qurat ul Ain Baloch torture and Murder case  and thousands of case that are strayed has the same outcome where is the abuser or the criminal is still unaccounted for.

It is a prodigious ordeal and a matter of enormous courage for a woman to even report such crimes turns into regret when instead of justice it goes on the path of victim blaming increasing the trauma of the abused. The negative media coverage is the recent example we have seen in the Minar e Pakistan case where we have seen a woman who was abused, being subjected to Victim Blaming. No matter what the clothes are, the place is, the  victims hobbies are, what the time is, no matter what the circumstances are , they do not justify the horrendous behavior, it is as simple as it gets. The victim blaming and negative media highlights plays an integral role in letting these abusers get away with their crimes by giving attention to the abused or the victim and paying more keen interest in their past activities and their life leading them to step down to save themselves from these uncertain, unavoidable and uncomfortable situations.

We cannot ignore the fact that the form of media coverage does affect these issues. In the era of technology and having access to the internet, making mockery of the survivors or victims case or casting doubts in the public minds as in the case of Ayesha Akram can lead people to build negative opinions about gender based violence and sexual offense. In most cases, the media rather than standing with the victim for their rating and making viral content start digging into the past and make up stories that go against the victim which lead us to believe that in this country media and content creators are not aware of the scrutiny of Victims privacy. Such doubtful questions, Victim Blaming and Moral Policing of the Victims is the same as encouraging the heinous acts and the sexual offenders thus act as a catalyst for such crimes to happen. As a Citizen of this Country and a woman, I hope that from now onwards we are more responsible and sensitive while making statements and passing judgments on these issues and do not become a reason to shatter the victims’ peace of mind, their courage and their valor to speak up for themselves. I hope from now on the judicial system does not fail other women in their demands for justice. I hope from now on our media can play their part more responsibly and more sensitively so that no women fear to speak to raise their voice against the heinous acts against them and no criminal get away from their crimes.

The Gruesome Aspects of Reality Associated with Fairy Tales