Jayzoq
Home The Social Compass The Never-ending String of Responsibilities: Women in the Pandemic in the 21st... 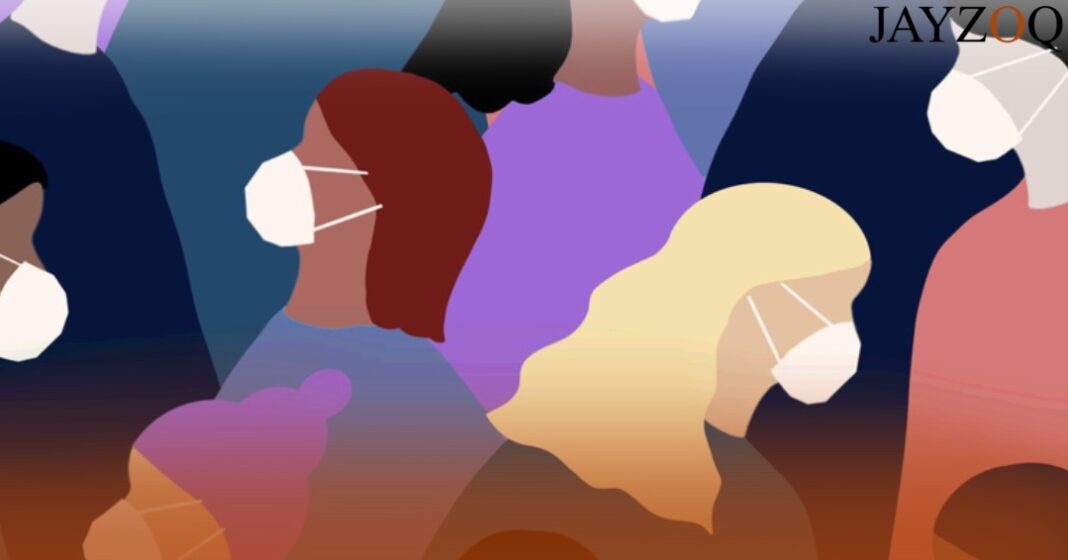 Across the globe, women have faced and are still facing significant issues in terms of representation, agency, as well as social and economic inequalities. From the 5C’s of cooking, cleaning, cashiering, caring and clerical work, collectively categorized as ‘women’s work’, the patriarchal society dictated the role of women by reducing it merely to household chores. In the rapidly changing world of today, women still belong to the community that is systematically pushed to the margins especially in South Asian societies where men play little or no role in helping them with their domestic work.

The concept of egalitarian households with symmetrical division of responsibilities is unknown to the people, which significantly adds to the responsibilities of women. While many are fighting, struggling and raising voices for their long-denied rights, almost each one of them performs a dual or triple-shift of office work, household chores and emotional responsibilities on a daily basis. The notion of men acting in a certain way is so tightly knit into the social fabric of our society that they assume they have no role to play in domestic affairs.

The set norms, roles and the khaandani nizaam benefits the male populace in numerous ways and with the sudden outbreak of Covid-19 and the prolonged lockdown of over a year now, the situation has adversely impacted the women mentally, physically and increased their workload by three-folds. According to the UN Women report, in countries like Pakistan, the disparity between both the genders is disproportionate in education where the literacy levels for males is 72.5% with 20% who have completed their secondary education while for female students, the literacy rate is 52.4% and only 13% who have completed their secondary education.

As per the government orders, the schools have been closed and will remain closed until the virus is contained which means the vulnerable students, especially the girls have been and will be facing the negative impact of the pandemic way more than others. With already low literacy rates and limited mobility because of the closure of the schools, the set norms dictate that girls are responsible for housework therefore the pandemic has increased the workload for women. Female students are struggling to manage their academic responsibilities while trying to cope with their newly assigned, increased responsibilities of domestic work. While the male students comfortably attend the online classes in bed and men sit on couches with their left leg on the right waiting for a cup of tea, it is the female students who rush to fulfil these domestic chores because they are given more household responsibilities than boys with these practices even worse in rural settings. Since learning levels are already low for girls in the Pakistani education system, the increased responsibility of domestic work can increase the absenteeism, dropout rates and low levels of learning for girls.

ever brim with hope and opportunities

for the girls and women of this country in and after

It is true that the disease outbreaks affect different segments of the population in a different manner, the streak of Covid-19 has not only added to cooking and cleaning duties of the women but they are now expected to be present for their family members 24/7 because of the quarantine. Previously with their husbands off to offices and kids to school, they managed to dedicate sometimes to themselves but with this outbreak, their freedom has been snatched because now they take online classes with their children, help them with their homework, manage the kitchen work on average for 10-12 members and manage laundry all at the same time. With their hands full, they receive little or almost no help from their male counterparts because of the Pakistani culture and joint family system’s values where only women are supposed to assume the role of housework. Studies show that in outbreaks, women are expected to continue with their significantly increased chores despite showing symptoms of the disease or being ill. For Covid-19 the harsh reality hasn’t changed either; women are performing the assigned household work even when they feel unwell and unlike before, they are finding it difficult to rest because of the entire family living together all the time whose needs women are expected to fulfil.

In the Pakistani context, women mainly constitute the health staff including nurses and hospital caretakers which means they are at a higher risk of being exposed to the virus as compared to men who are confined to their homes while women deal with chronic patients. Even with this, the staff or nurses have not experienced a relaxation in terms of reduced household work for them who are expected to perform it when they go back home. Not only this, working class women in Pakistan are mainly employed as domestic helps or in factories sewing or packing. With the outbreak of Covid-19, in order to retain the virus and following the government’s directives to close down the factories, this female workforce has been laid off. Their source of income has been taken away which they could have spent on themselves, but the pandemic has made them dependent on their husbands or fathers. This economic work not only allowed women to support themselves but also escape from the toxic households for the time being but with the closing down of factories and reduced demand for house helps, they along with their children have become the target of increased domestic violence and abuse at the hands that feed them with whom they are forced to share the space all the time because of the lockdown and who exert their power within the households by beating up or sexually exploiting these vulnerable beings.

Frontline female workers who are partaking in Pakistan’s vaccination program.

Women who were able to retain their jobs are working online but in most of the cases are expected to voluntarily give up their jobs because as the norms dictate, they are the sole caretakers of the household and its members. They should dedicate their time to taking care for the sick members who have been affected by the virus and take up the responsibility of keeping the stir crazy patients emotionally sane as well. This means not only are women giving up their paid jobs to care for their family members in the pandemic, those who choose to continue with them are struggling to maintain a balance between the increased domestic work and their office work as they receive help with neither while men solely focus on their office work without having to compromise on the learning and skill development.

Women have internalized their role as the caretakers and domestic workers for so long that their contributions often go unnoticed and the chores they perform are not acknowledged as ‘real work’. They stay up all day long for their families, kill their dreams for their children and devote their energy providing the best to their close ones even if they wish not to follow this course. Covid-19 has exacerbated the situation by increasing the burden for girls and women who now have more responsibilities on their shoulders as compared to other members of the society or family.

The pandemic has further highlighted the existing gender inequalities but there seems to be no solution to it in South-Asian countries where women are a victim of internalized misogyny and men presuming themselves belonging to the “superior” gender. The question that remains is whether it will be possible for women to go back to their normal life even when the pandemic ends but then again, their normal life is also all about devoting themselves to the housework.