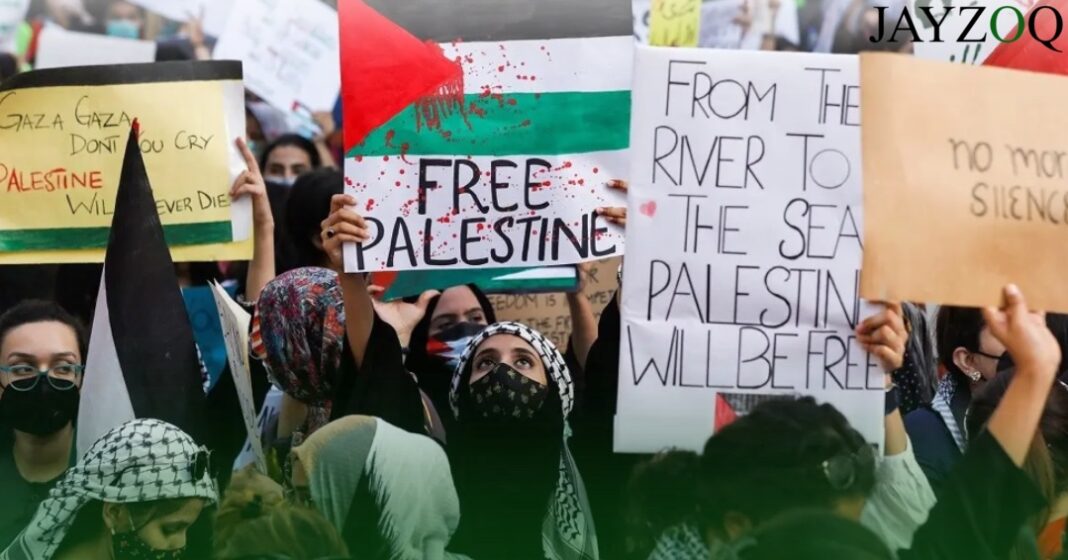 Pakistanis decided to wake up for Palestine once but were forced to go back into a deep slumber by “woke people”, who tried their best to show their offensiveness and irrelevancy during the process.

The Sheikh Jarrah neighborhood is home to 3,000 Palestinians. Since the start of the Holy month of Ramadan this year in April, Israel started the eviction of Palestinian families living in Sheikh Jarrah, to give their land away to the Jewish settlers. This eviction caused an outrage on social media by several Palestinians who took it to twitter to inform the world about what’s happening to them. The situation escalated quickly, and Israel was seen attacking Palestinians, to quieten them. In their defense, Hamas (a Palestine’s military group) started attacking Israel. Hashtags were trending, and stories were shared on Instagram. While several countries condemned the steps taken by Israel’s government for the ethnic cleansing of Palestinians, many people were displeased by the role the United Nations and their governments were playing.

Thousands of people protesting against Israel’s recent attacks on Gaza

While there were many things that were appreciated, both on mainstream media and social media, Pakistanis yet again proved how they think that the actual cause of the protest was of lesser importance as compared to the clothing of the protesters . While there were many local citizens, celebrities were there to show their solidarity with the Palestinians as well. Yet again, their choice of clothing was given more importance than what they were there for. Along with some local citizens, they were constantly bashed by the critics, completely ignoring the point of protest. Apparently, someone’s absence of a dupatta and another wearing half sleeves was a better headline than the actual cause of the protest. These concluded in names being called out and the protests were rendered as “useless” by many.

Along with this moral policing, many other things were there at the protest that could’ve potentially harmed the cause of protest. These included offensive posters, irrelevant media outlets, and many offensive slogans were written on the posters, which could’ve caused a huge outrage if they weren’t dealt with right then. A social activist, Jibran Nasir took it to twitter to tell everyone that freedom of expression shouldn’t be confused with bullying and abusing and how it’s never okay to use offensive slurs against people.

A huge role was played by the media, but negativity paved its way there too. Everyone is aware of Pakistan’s media’s ability to hype anything that deserves little to no attention. The media highlighted many issues that should’ve been given little to no importance at all. Completely ignoring the actual cause of the protest, they gave much more importance to what kind of people were there at the protests, and again what they were wearing. For example, the news reporter was calling out a girl and a guy for talking publicly, at the site of a protest. She gave no importance to what they had to say, and what they were there for, but a guy and a girl talking was apparently of more importance than someone standing against an apartheid happening in the world. Media has always played its role efficiently in causes like these but saying that “protesting is useless” and “protests and social media has never done anything to help a cause” is absolutely ridiculous.

In conclusion, the protests were borderline peaceful, and this exhibited that at least for once, the nation is united for one cause, but again it was proved wrong by some critics, who proceeded to say irrelevant things that could do more harm than good to the cause.

War against the People: The Modi Government and the Farmer Protests

Innovation in Industrialization: A lost concept in Pakistan