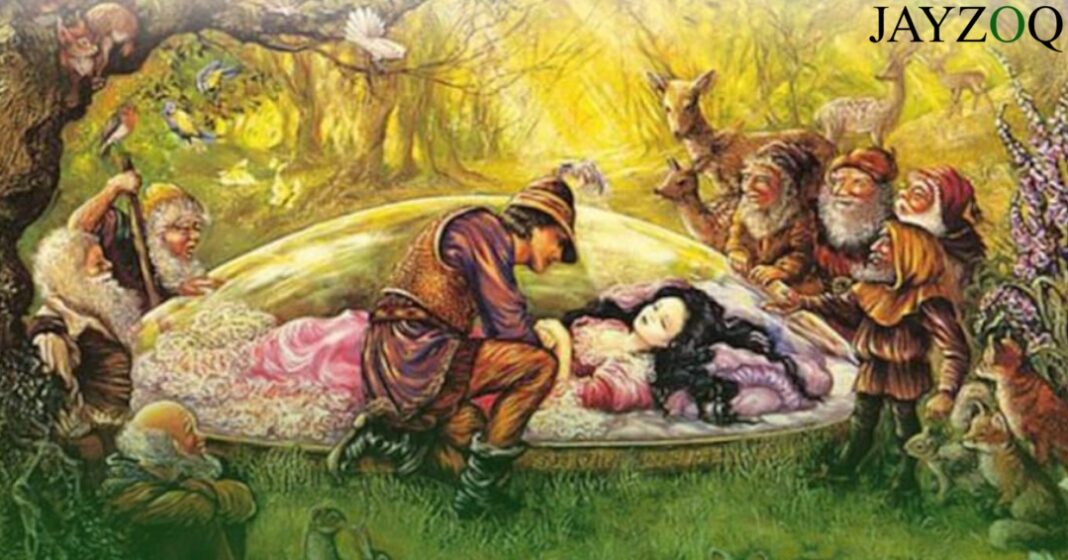 Fairy tales have always remained to be an essential part of all childhoods, giving them a permanent place in each individual’s mind. However, most readers and listeners of these stories are unaware of the gruesome stories and legends from which these beloved tales emerged. The true origins of these tales are eye opening and shocking when delved into.

For example, what is worth mentioning is the true story of Sleeping Beauty. Sleeping Beauty is known all over the globe and exists in the form of written text and has been adapted into many films, animated and live action. In 1634, the Italian author, Giambattista Basile, published his book Pentamerone. The fairy tale Sun, Moon and Talia in this book is considered the first story written about the sleeping princess, in this story known as Talia. Talia was the daughter of a well-known lord, and one day she came across a woman spinning on a spindle, and while she contributed to the act, a splinter got stuck in her finger, putting her in a state of a death-like slumber. Her father, wishing to protect his daughter and unable to put an end to her life, sent her to a house in one of his estates.

One day, a King came across this house and saw Talia inside. He was charmed by her beauty and tried to wake her. When she did not respond, he raped her in her sleep and left. This resulted in the birth of twins, a boy and a girl, who were born during their mother’s slumber. When these children explored around for milk, the daughter ended up sucking out the splinter in her mother’s hand, waking her up from the sleep. Talia named her twins, Sun and Moon, and after certain events progressed in the story, she married the King. This story sheds light on the King’s criminal actions and how they were normalized through the act of Talia marrying him in spite of what he did to her.

The novel, The Little White Bird, was published in 1902, written by James Matthew Barrie. This book is known to have originated the character and story of Peter Pan. As the character grew popular, Barrie published more stories and plays about him, adding more and more detail to the complex world of this boy. The world built by Barrie has embedded within it a dark side to the beloved Peter Pan. It is believed that Barrie reflected his own trauma and pain through Peter Pan’s character. As a young boy, the author lost his thirteen-year-old, elder brother, and it disturbed him greatly that he would eventually grow into an adult, yet his dead brother would not. Hence, it is believed that Peter Pan, the boy who refused to grow, was inspired by his own personal experiences and views.

It is believed that Peter Pan has certain psychopathic traits associated with him, as it is said that in order to stop the Lost Boys from aging, he used to kill them before they could mature to adulthood. Many believe that Peter Pan used to kill for the enjoyment of it. It is a prominent part of the tale that pirates were his nemeses. However, it is also said that he often joined the enemy’s side during a battle and killed Lost Boys for the thrill of it, too. Many scholars have tried to bridge events in Barrie’s own life with Peter Pan and the Lost Boys, and numerous theories and articles have been written reflecting the darker aspects of this fairy tale.

Moving onwards, it is believed that the true story of Hansel and Gretel originated from the Great Famine in Europe from 1315-1317. During that time, crime grew significantly, diseases spread, and it even led to the birth of cannibalism and an infanticide. Children were abandoned, just like Hansel and Gretel. Originally, it was their mother and father who abandoned them, but later the story was edited and it was written that their step-mother was the one who forced their father to abandon them. Since the story’s main audience was supposed to be children, this attempt was made in order to soften the image of the acts committed by birth mothers during the famine.

This story is an apt description of the level of desperation reached by the people during the famine; the act of abandoning their own children committed by the parents, and the ‘witch’ who was going to eat the siblings. Even though the story’s true brutality has been camouflaged over time, the story of Hansel and Gretel is still one of the most terrifying fairy tales throughout history.

It is an arguable matter as to whether hiding the truth from children in the form of fairy tales is for the best, or if the authentic origins of these stories should not be hidden behind magical adventures and characters. It is, however, an interesting revelation whenever the terrifying origins of these stories are brought to light, and indulged into.

Beyond homes and within: An evaluation of rape laws in Pakistan