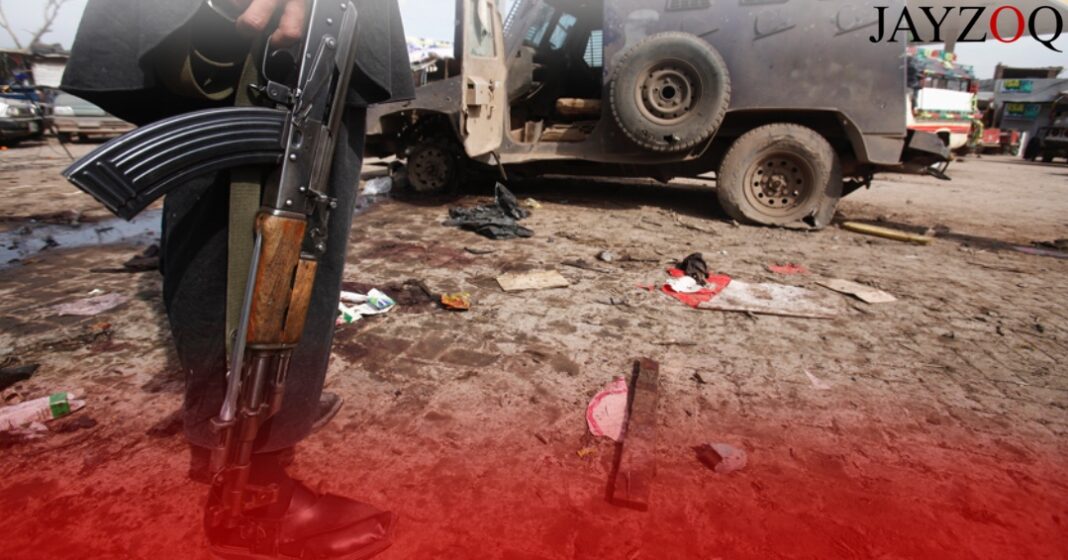 Today’s terrorism being transnational in cause, activity and impact has essential features that guarantee its significance within international relations as it represents a whole different security concern for state actors: the threat of attack is not just from other countries but from terrorist organizations that move across the borders and are scattered globally (transnational terrorism).

During the Soviet intrusion into Afghanistan from 1979 until 1989, also known as cold war, the tribal areas were utilized for the preparation and launching of the mujahedeen to battle against USSR to free Afghanistan. The Mujahedeen at that time were effectively supported by the western and middle eastern countries i.e. US and Saudi Arabia, monetarily as well as militarily. The tribal areas changed into the biggest settlement for the refugees and outcasts who relocated from Afghanistan. Resultantly, these regions became the centre for every unlawful exercise i.e. smuggling, drug dealing and gun running. The cultivation of poppy likewise expanded and these regions became the biggest producer and supplier of heroin in the World. The US and other prominent nations did not take genuine notice of these illegal activities in tribal areas due to their distraction with their battle against the USSR and serving of their objective by these regions. The intensity of this threat was considered extremely low when contrasted with the threat being posed by the then USSR. Eventually, after prolonged guerrilla warfare with the Mujahedeen, the USSR pulled out from Afghanistan in 1989.

Consequently, the USSR disintegrated into many small states and furthermore lost World domination. Winning the cold war and acquiring the title of sole superpower of the World, was an overwhelming accomplishment for the US. Instead of acknowledging and appreciating the efforts of the citizens of Afghanistan and Pakistan and rebuilding the war obliterated areas, the US not only left them in trouble rather forced economic and military sanctions which brought about the arrangement of anti US/western alliances in the tribal areas of both the states.

Pakistan acted as a front state throughout the conflict and provided active support to unconditional interests of the United States and its allies to fight the war against Russia through volunteers from its own soil, Afghanistan and Muslim nations. The United States influenced Western and Middle Eastern countries to increase full support to Pakistan to reinforce the war efforts. After the USSR withdrew from Afghanistan, the United States conjointly withdrew its supports from Pakistan and placed obligatory economic and military sanctions. At this time Pakistan was in dire need of economic support to assist Afghanistan in its reconstruction and institution of a positive government in Kabul. In the absence of support, Pakistan’s economy was not that robust, unable to afford the reconstruction of Afghanistan. Ultimately, Pakistan withdrew its support from Afghanistan and that junction rectifier to war among the varied factions of the mujahadeen to seek control of Kabul. Pakistan, who was already sufficiently supporting the Afghan refugees on its soil, was flooded more with recent refugees thanks to war in Afghanistan. This inflow of the refugees severely weakened Pakistan’s economy even more.

This unexpected shift in the Pak-US relations, brought Pakistan to an odd turn  where it was neither within the position to assist Afghanistan in its reconstruction nor to stabilize its own economy. Additionally, the war in Afghanistan was another serious threat to the country’s security and economy. The biggest irony regarding United States nonproliferation policy in South Asia came when India, who at every stage had impelled for its strict implementation, was the one subjected to restrictions, penalties and sanction rather than Pakistan.

After the tragedy of 9/11, the US announced a war against terrorism, explicitly focusing on the Al Qaeda and the Taliban. US Secretary of State Mr. Colin Powell took the assent of the President of Pakistan on a phone call with a later well coined sentence, “You are either with us or against us”. In response to this, Pakistan selected to join the US, being the victim of terrorism for a long time. It was viewed as an appropriate alternative to fight terrorism and violence along with US. Being a strategically important region, Pakistan was once again transformed into the front line state to the American alliance after the Cold War. In   spite of the fact that the Government of Pakistan faced heavy resistance from its citizens on this partnership, it ended up being for the country’s well-being.

The Pro-Taliban element in Pakistan, however, did not uphold this union and in reprisal started terrorist activities to show their objections to the local government. It was likewise seen that from that point forward, Taliban came into power in Afghanistan, Pakistan’s writ debilitated in its tribal region. Most of the tribal population along with the Taliban were battling the northern alliance. Now, the condition was much worse than before, Pakistan’s help to the US in the war on terror was viewed seriously by tribal population due to their security issues and close relationships with the Taliban. The Taliban, Al Qaeda and prominent tribal leaders started an anti-US movement to motivate young generation of Afghanistan and tribal region to go along with them in their battle against the United States and its allies. The activists from these terrorist organizations undertook major attacks at public and administrative infrastructure to unbalance and weaken the authority of Pakistan government. Even serious endeavours were made to kill the President Musharraf twice through suicidal assaults but never got success. Eventually, Pakistan deployed its army in tribal areas for the very first time after the independence to set up the writ of government and to keep a check on the terrorist networks.

Pakistan played a major role in the success of ‘war on terror’. Both its military and civil institutions tried their best to fight the terrorists. There started many operations in different areas of Pakistan as well as in various sensitive Pak-Afghan regions. They also killed the prominent leaders of Al Qaeda and Taliban and also destroyed their main headquarters. This role of Pakistan is appreciated by the whole world. It is still struggling and fighting for this major cause however, the terrorism has still not entirely reached an end till the death of every single terrorist.